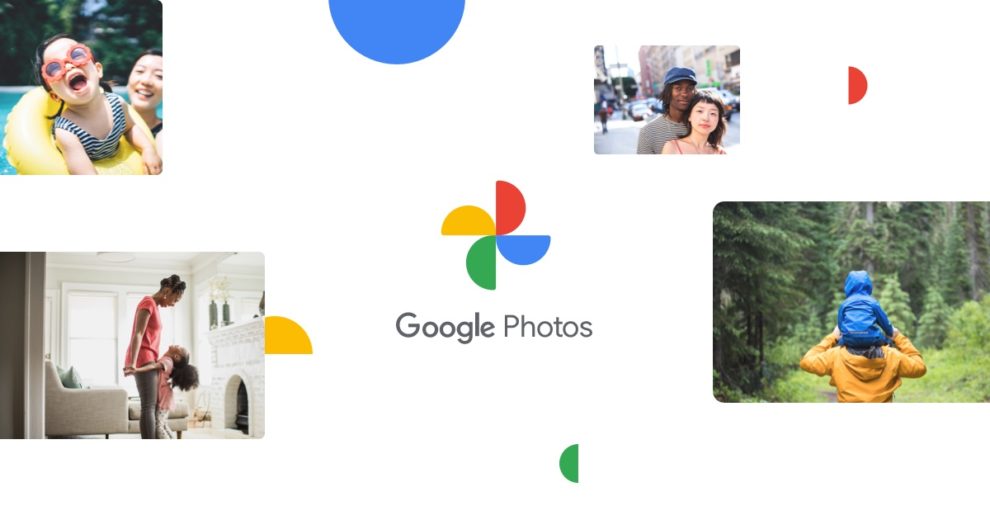 Google Photos, initially released on May 28, 2015, is a photo-sharing and storage service by the giant search company, Google. Interestingly, the app offers a host of amazing features. One of them is that it provides its users with free, unlimited storage for photos (16MP) and videos (about 1080p resolution). Apart from that, it also allows its users to share, view, and edit their photos and videos. Also, the app has a dedicated “For you” tab, which helps to house Google creations like movies, collages, and animations. Furthermore, it has a feature, called AI-powered assistant, which helps people to manage their media. Recently, the Google Photos app received a user interface overhaul, and unfortunately, the “For you” tab has now been removed.

“For You” Tab Now Removed From Google Photos App

Admittedly, the new update to the app makes it a little bit more modern and polished. However, it seems the removal of the “For you” tab from the Google Photos app doesn’t sit well with most of the users. The affected users are now calling on Google to return the tab to the mobile app. Let’s have a quick look at some of the users’ complaints regarding the “For you” tab, removed from Google Photos.

According to Kamil Olah 2247, the Google Photos app user took to the company’s Support page, asking that the recently removed “For you” tab be restored. If at all the company feels like removing any feature, the user suggested that it should be the upper line. Here’s a brief of what Kamil said about the issue below:

“Please return for you section back to the mobile app, Thank you !!!!

“You can remove the upper line from previous years. The mobile app redesign is awful. Please get back at least ‘for you’ section, or notify me when you create a new collage from years ago on my app in mobile.”

According to reports, the “For You” tab was initially removed from the app version of Google Photos. During that time, users were still able to access the tab via the desktop version. However, it didn’t take long before the search engine giant also removed it from there. It’s not certain whether Google will bring back the “For You” tab to Google Photos. However, if you’re concerned about the functions performed by the tab, the good news is you can still perform them in the newly redesigned app.

The Tab’s Functions Are Still Available For Users To Use

For those asking Google to restore the recently removed “For You” tab on the Google Photos app, it’s worth noting that the features are still very much available. No doubt, the app has received a massive UI overhaul, but you need not worry about that.

According to an expert, you can still perform all the functions that the “For You” tab does on the newly redesigned Google Photos app. To do that, all you need to do is to head to the “Library” section after opening the app. From there, select “Utilities”, where you’ll be able to perform several functions, including creating movies, animations, collage, stylized photo, and many more.

In case you’re worried about auto-creation, you might have to stop worrying about it. That’s because there’s an option on the newly redesigned app for auto creations. Here’s a screenshot of what a user said regarding that below: 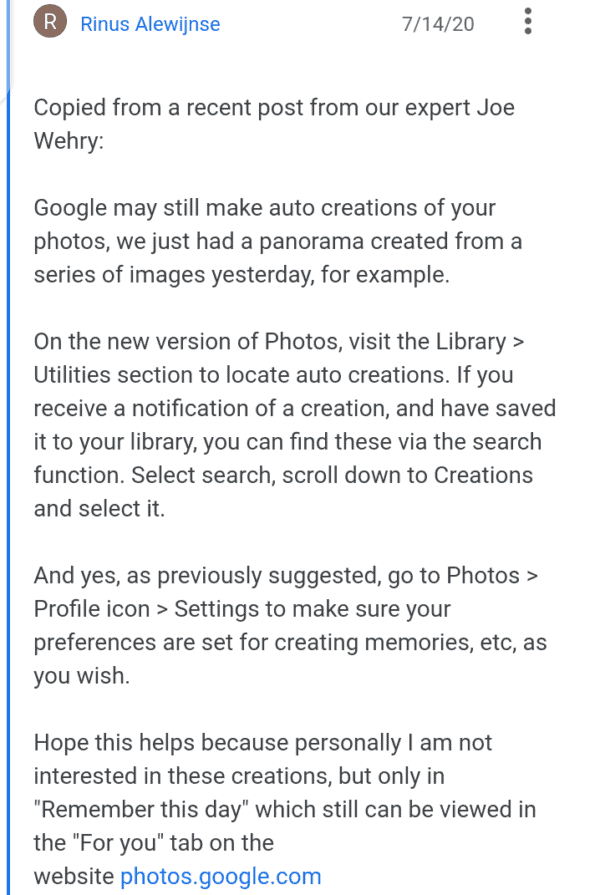 As for suggestions, unlike before, they’ll now come in the form of notifications. And in case you miss out on them, you can also find them under the “utilities” and “Recent highlights” sections.