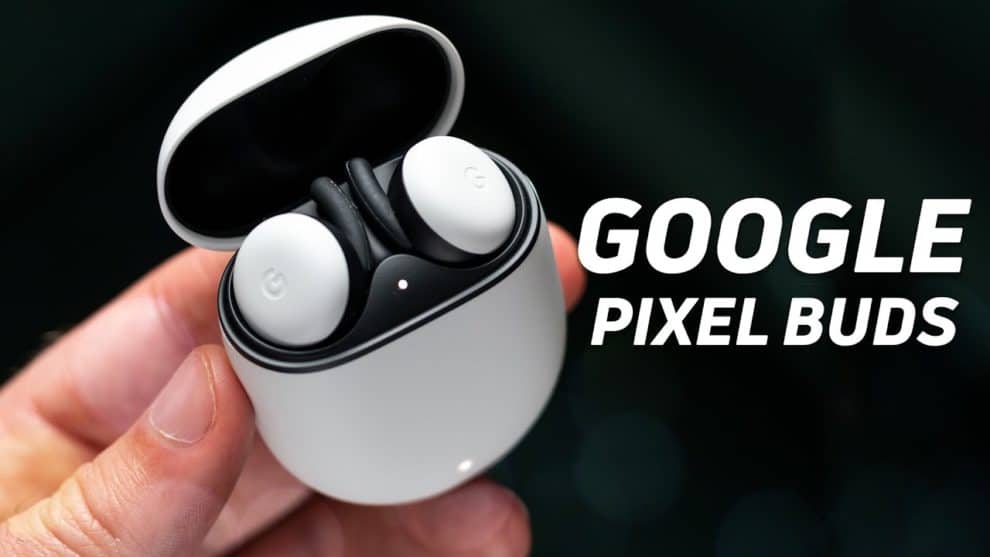 It’s been six weeks since Google launched its 2nd generation Pixel Buds and ever since then, supply has only been limited to the US. Now, a lot of Google Pixel Buds users have started expressing their concerns about a few problems, including audio issues, they are experiencing with the device. That came shortly after Google emailed them to take part in a survey that lets them share their experiences far.

Google Emailed Users To Participate In A Survey

In a way to serve its Pixel Buds users better, Google emailed them to take part in an extensive survey. That focuses on asking about any issues they may have experienced while using the device. Here’s what the message looks like:

“We’re interested in learning more about your experience with your Google Pixel Buds. If you have time to share your thoughts, please click the link below.”

Inside the survey, there’s a particular part that reads:

“Have you experienced the following problems with your Google Pixel Buds?” Under that are some select choices, including audio and listening related ones that were in line with the issues which the Google Pixel Buds users had reported in the past”

Looking at the list of choices, it seems Google is aware of all the issues that users are facing with their Pixel Buds devices.

According to the final part of the survey, Google asked about the maximum amount that users would be willing to pay for the next Wireless headphones they are purchasing.

As mentioned earlier, it’s been six weeks since the release of the second-generation Pixel Buds. Ever since then, there have been lots of complaints by the Google Pixel Buds users, and most of them are related to audio issues.

In case you’re unaware of the complaints, here are a few of them:

According to Taylor Hardy, a user on the community forum, here’s what he said:

“My Google Pixel Buds (Gen 2) keep losing audio while taking a walk or jogging. I’ve noticed that it happens when I move my head by looking down or turning right or left. But if I keep my head straight it works sometimes. I have a Google Pixel 4 XL as my device that I connected to…”

While concluding, the user mentioned that he followed the audio issues troubleshooting guide, unpaired, and repaired the Google Pixel Buds. However, there was no significant improvement after the whole process.

Another Google Pixel Buds 2 user on Twitter also complained about experiencing the audio issues. The user mentioned that the problem still persists even after replacing the original buds with a new one. 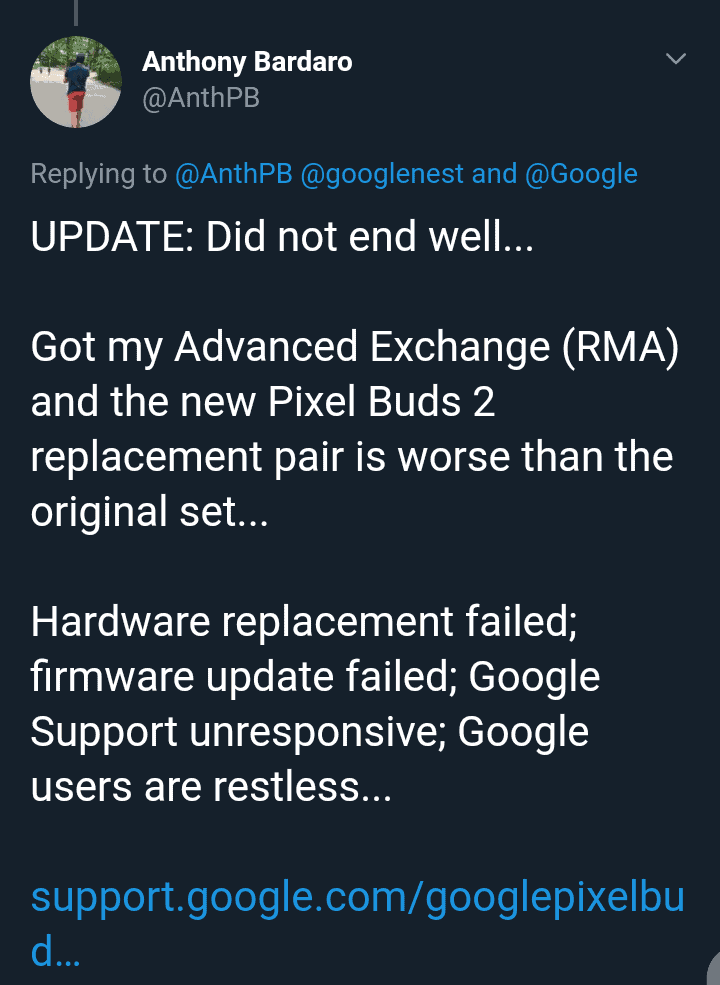 Another user on Reddit also complained about experiencing similar audio issues, after replacing the Google Pixel Buds 2. However, she was able to get a full refund from Google.

“The replacement buds had the same issue, so the Google CSR offered me to return them for a full refund, which I accepted. I’m happy for those of you that have had positive experiences with them, but they just didn’t work for biking for me.”

With the look of things, it seems Google is already planning a fix for the audio issues experienced on the Pixel Buds 2. While it’s uncertain when exactly the update will come, you can rest assured that it’ll come sooner than later.