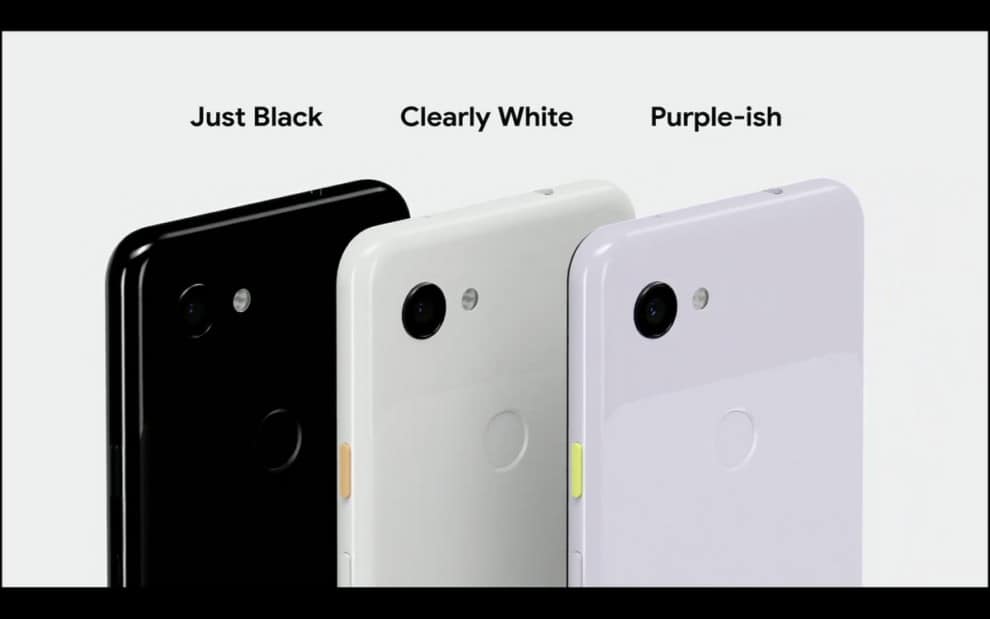 Google is planning to release new Pixel devices later this year, including a cheaper version of Pixel 4. Although this is good news, the bad one is that some of its devices are facing a lot of long-standing bug issues. For instance, the Google Pixel Marvelous Marble Wallpaper suffered a cloud and lighting data bug issue for over a year, before finally getting a fix. Another one is the Google Pixel 3a speakerphone issues that have been there for months since it’s first reported.

Google Pixel 3a Speakerphone Issues – What Users Are Saying?

Last year, some Pixel 3a users posted on the Google community and complained about having Speakerphone issues. Here’s what one of the posts says:

“I have had my Pixel 3a XL for a few months now. I have never dropped my device or have had any accidents. Just the regular daily wear and tear of putting in a pocket. But, today my bottom speakers went out. No audio of some sort. I’ve tried everything, from playing music to streaming videos. You can only hear audio from the top speaker.

Then I noticed, when I receive a phone call or text message, my notification sound or ringtone is muted on both speakers. Putting someone on Speakerphone during a call cuts the audio. I’ve also gone to the sound settings and checked the ringtone and notification sounds. Normally when you select a sound or tone, you would hear a preview of the selected sound. No sound either.

So I went onto the next step and the factory reset my device. I figured it could be some software issues. After the factory reset, the bottom speaker is still not outputting any audio. Anyone else has this issue? What can I do to fix this problem? Thanks!” 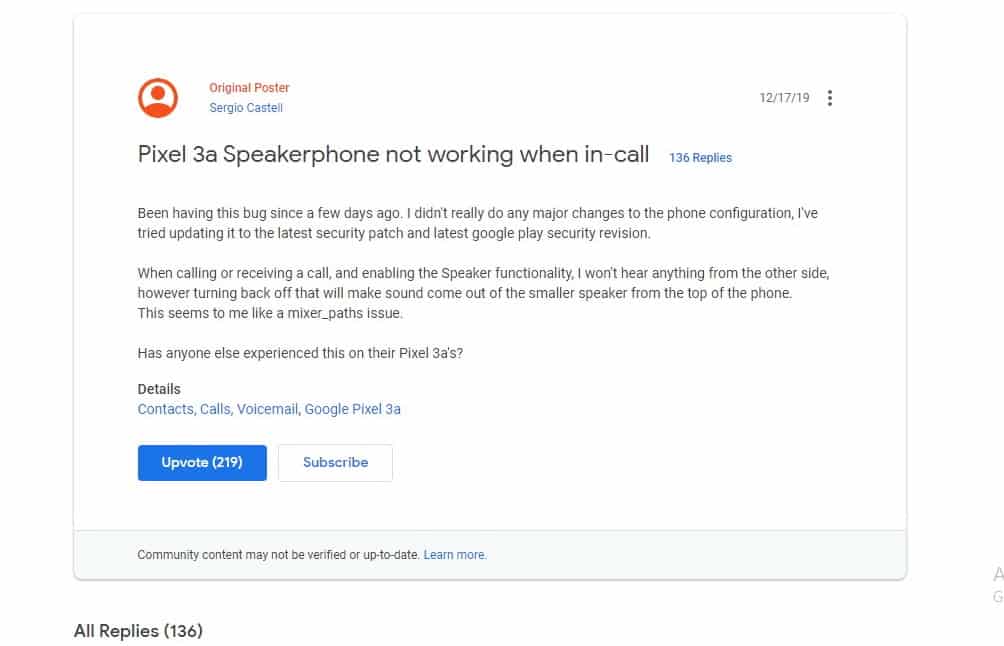 A few months after, some Google Pixel 3a users also came out to complain about the same speakerphone issues. In one of the posts, the user said the problem started after the February 2020 update rolled out.

“Pixel 3a bottom speakers stopped working after February 2020 update for me. Anyone facing the same issue ???? Can anyone please help me to solve this issue.”

A few hours ago, some users have also started complaining about the same Google Pixel 3a speakerphone issues.

Here’s what  Stephen Angus, one of the users posted:

“Wow, I had this problem couple of months ago, I sent my phone back and they change it with a new one. Today the same thing happened with the new one too. I’m gonna return this phone!”

Some users have also complained about experiencing the same issue even after returning the device and getting new ones.

Having users complain about a particular issue for more than a year says a lot about Google, even after rolling out several updates. And that has got several people asking what exactly is the problem with the device?

Could It Be A Hardware Related Issue?

The fact that several Google Pixel 3a users are still experiencing the speakerphone issues after several updates suggests that it’s hardware related.

As of now, the only thing we have heard from Google came from one of its Product Experts in a community forum a few months ago.

Here’s what the expert said:

No doubt, it’s clearly a hardware-related issue. As soon as we hear anything from Google about the Pixel 3a speakerphone issues, you’ll be the first to hear.