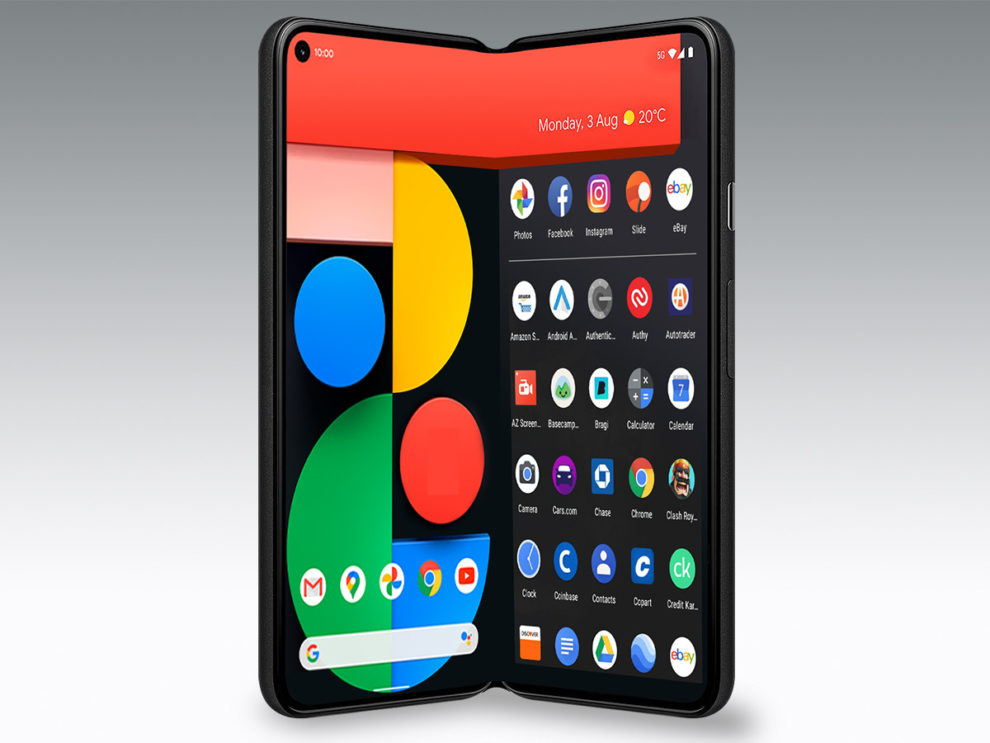 A foldable Google Pixel phone might be coming soon, but we can’t expect it to replace Pixel 6. According to a new report, the company is working on a bending device and it may appear in markets in late 2021.

Reports from the Korean tech website, The Elec said that Google “has requested Samsung Display develop a foldable OLED panel around 7.6-inch in size.” The Samsung Galaxy Z Fold 2 also comes in the same size, so we can assume what a Pixel foldable phone could look like.

The Elec’s report also mentions Oppo and Xiaomi, for which Samsung is allegedly providing displays. Although the website says “smartphones using these panels will launch within the year,” it does not point out which brands will come up with new foldables in the market.

This isn’t the first time the Google name is circulating in the foldable phone context. But we have got no updates on the secret project since the Google Pixel 5 lineup launched last year. Probably a foldable phone might come along the Google Pixel 6 handsets, expected this fall. It is also not yet confirmed if this Google handset will be a clamshell foldable, or something like the Huawei Mate X2 or the Samsung Galaxy Z Fold 2.

Google is certainly in the ideal position to manufacture a foldable phone, as it develops the software that has to run on all Android foldables. In November 2019 Google helped Samsung develop the multi-app interface for its original Galaxy Fold. Apparently Google is making a Galaxy Z series competitor that could compete with the  Galaxy Z Fold 3, or the Galaxy Z Flip 3.

The Elec said Samsung is developing both in-folding and out-folding displays for the three smartphone makers. But it didn’t clarify which design Google has requested.

However, the most exciting part about a foldable Google Pixel isn’t the hardware. It’s that the company would be inspired to make the best use of Android’s potentials on a larger screen.

Having said that, foldable phones are more expensive to make and require extensive research and development to turn out perfect. The first Galaxy Fold proved that even an experienced company like Samsung couldn’t make foldables right for the first time. The original Fold came with few design issues that quickly ruined the fragile foldable display during early testing.