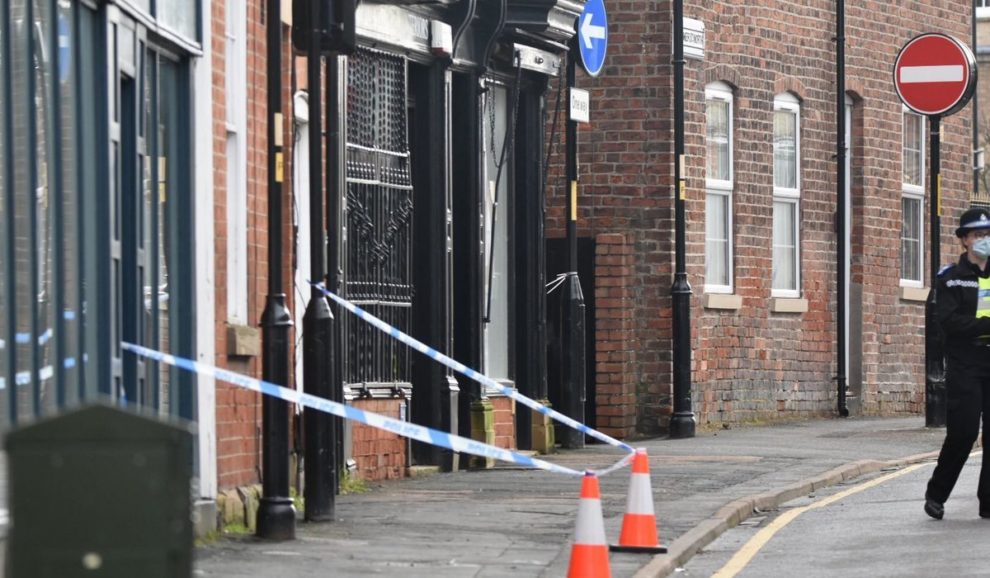 A teenager is in hospital after an incident of stabbing in Grantham this morning.

An 18-year-old man was taken to hospital after allegedly being stabbed in Grantham on Friday morning, but the condition of his injuries is currently unclear.

Stabbing at Swinegate in Grantham

Today about 11.30 am Lincolnshire Police attended Swinegate in Grantham where an 18-year-old male was found with knife attack wounds; an air ambulance arrived in the Paddock, Stonebridge Road, connected to the same incident. The victim was treated on the spot and rushed to the Queen’s Medical Centre (QMC) in Nottingham for further treatment.

“This incident relates to an assault on Swinegate, Grantham where an 18-year-old man received injuries consistent with a knife wound.”, a police spokesperson said. “He has been taken to hospital and the extent of his injuries is currently unknown.”

“If anyone has any information or has witnessed the incident, get in touch by calling 101 quoting incident 129 of February 5.”

Police were seen walking around the front of a nearby church and carrying out forensics activity in a cordoned-off area. No arrests have been made by the time of reporting. Police are now requesting for witnesses to come forward and record their statements.

A spokesperson for East Midlands Ambulance Service (EMAS) said: “We received a call from the police at 11.55 am on 5 February to a private address in Grantham. They informed about a medical emergency and we sent a double-crewed ambulance.” He further added that the air ambulance was also present and one patient was taken to Queen’s Medical Centre in Nottingham by double-crewed ambulance.