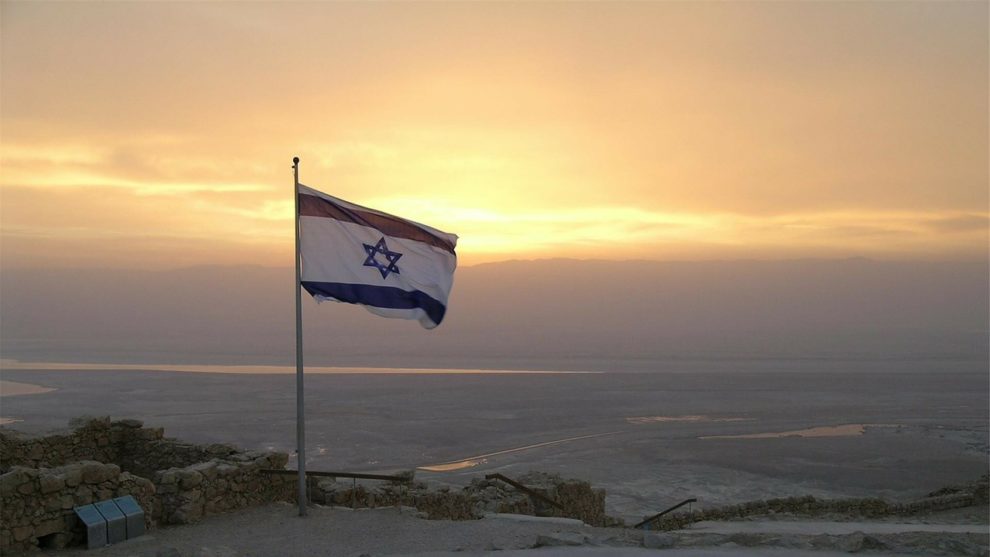 “There are not and will not be limits for this war,” Bennett said, speaking hours after Thursday night’s attack in the coastal city of Tel Aviv.

“We are granting full freedom of action to the army, the Shin Bet (the domestic security agency) and all security forces in order to defeat the terror,” he said.

The Palestinian Islamist movement Hamas, which controls the Gaza Strip, and the Islamic Jihad group praised the attack — drawing criticism from the UN — but did not claim responsibility.

After an all-night manhunt, Israeli police said they shot dead a Palestinian gunman who had opened fire on a street of crowded bars and restaurants, killing three people and wounding more than a dozen others.

About 1,000 heavily armed police and army troops had fanned out across Tel Aviv to track the assailant, as residents cowered in restaurant kitchens or their homes.

Defence Minister Benny Gantz said officers had made “around 200 arrests”, adding: “If necessary there will be thousands.”

Israeli childhood friends Tomer Morad and Eytam Magini, both 27, were killed during the attack.

Magini was due to celebrate his engagement Friday, his fiancee’s mother, Lia Arad, told public television.

“They were supposed to celebrate their engagement party tonight, Eytam’s cousins organised it in this house where we are now sitting in mourning,” she said.

Morad was an avid fan of the Hapoel Tel Aviv Basketball Club, which said in a condolence note it sent “a warm and loving hug”. The two friends are to be buried Sunday.

Special forces confronted the attacker in the old city of Jaffa, the historic Arab district of Tel Aviv, “eliminating the terrorist by exchange of fire”, police commissioner Yaakov Shabtai said.

The Shin Bet named him as Raad Hazem, 28, from Jenin in the north of the Israeli-occupied West Bank, where last week Israeli forces killed three people in a raid.

Chief of Staff Lieutenant General Aviv Kochavi ordered the military to step up its operations, particularly in the northern West Bank. Bennett ordered the closure of the Jalameh checkpoint between the Jenin area and Israel.

A total of 13 people have been killed in attacks in Israel since March 22, including some carried out by assailants linked to or inspired by the Islamic State group.

Over the same period, at least nine Palestinians have been killed, including assailants.

Palestinian president Mahmud Abbas condemned the latest attack, saying “the killing of Palestinian and Israeli civilians only leads to a further deterioration of the situation,” the Palestinians’ official Wafa news agency reported.

Secretary of State Antony Blinken said the United States stood with Israel “in the face of senseless terrorism and violence”.

Fathi Hazem, the attacker’s father, struck a defiant tone speaking to hundreds of well-wishers at the family home in Jenin. He said the Palestinians people were looking for “freedom and independence”.

Hamas praised what it called a “heroic operation”, while Islamic Jihad, another Gaza-based militant group, called it a “natural response” to Israel’s crimes. Lebanon’s Iran-backed Hezbollah lauded a “victorious” attack.

The UN envoy for Middle East peace, Tor Wennesland, denounced a “heinous attack” and criticised Hamas in a tweet.

“Deplore the welcoming of the attack by Hamas. There is no glory in terrorism,” he said.

On Friday, mourners lit candles and left flowers outside the bar where the attack took place, and residents recounted the fear they felt.

“People on the street ran about shouting ‘there is a terrorist’ so we rushed inside a restaurant and people tripped as they panicked,” said Dror Yeheskel, 39, who was having a drink with a friend when the shooting started.

Noa Roberts, 21, who works at a bar across the street from the attack, said she heard dozens of bullets as terrified customers and staff raced to shelter and hid for two hours.

“It was so scary… it was like a nightmare,” Roberts said.

The attack came on the eve of the first Friday prayers of the Muslim fasting month of Ramadan, and with Israeli security forces on alert.

Police said 55,000 Palestinians took part, while several Palestinians said they were turned back by Israeli security forces at the Qalandia checkpoint outside Jerusalem.

Last year, nightly demonstrations in the Al-Aqsa compound and elsewhere in east Jerusalem escalated into 11 days of war between Israel and Hamas.