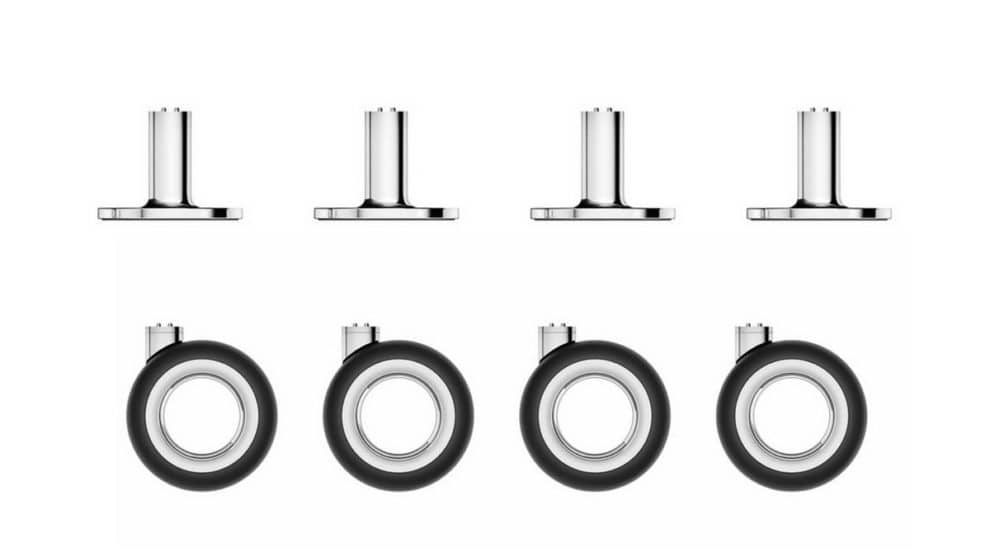 Apple has never been known for its appeal to those potentially light in the wallet. It has for decades focused on products that are “easy on the eyes” while ultimately allowing its engineers to catch up with its designers. Now, the expression “in for a penny in for a pound” certainly has its validity. Apple Mac Pro Wheels and Feet Price may have, however, jumped the shark.

“Happy Days” was for those older than my cats but considerably younger than forty, was a television show which ran for over a decade with a (cool) character named Arthur Fonzerelli, or more commonly in popular culture, “The Fonz.” At the risk  of giving a history lesson, the expression “jumping the shark” effectively means “The End.” When The Fonz jumped a shark on waterskis, the writers of “Happy Days” were essentially saying, we’ve done everything else, “We’re finished here.” Apple is one of the most valuable companies in the world, so they are far from done, but they are really pushing it with Apple Mac Pro Wheels and feet and their price.

The Apple Mac Pro starts around seven grand. If you get all sorts of carried away at the Apple Store you can start touching $54,000. But, is that an excuse for the Apple Mac Pro Wheels and Feet Price? No, it is not. So you can get the wheels for $400 when you by it, but it costs $699 to change off the feet for wheels. (Jesus, that sounded like a lyric from Bruce Springsteen’s “Thunder Road.” Again for the young ones, Bruce Springsteen was a singer and brilliant songwriter.

“We got one last chance to make it real. To trade in these wings on some wheels”

That’s how the song goes, but Apple wants you to pay $299 to put feet on in place of the wheels you ordered or $699 to replace the feet with wheels. That’s really “taking the piss” to borrow from others across the pond if in the States, or a common British expression for those elsewhere.

To continue the pisstake, Apple is including the hex-key you’ll need, but, apparently, other tools are required for installation. With the Apple Mac Pro Wheels and Feet Price they should throw in their newest iPhone SE.

Unfortunately, there is truth to this. Apple describes the wheels as “custom-designed stainless steel and rubber wheels [that] make it easy to move your Mac Pro around.” Fantastic. Clearly, they lock to ensure the safety of your (up to) $53,000 machine. No, they do not. They do look great though.

Use the Mac Pro Feet Kit to install stainless steel feet to the bottom of your Mac Pro. The standard Mac Pro comes with four feet already installed, but if you purchased a Mac Pro with wheels, you can replace each of them with feet for improved stability.

So, if you made a mistake, here are some expensive feet. Apple Mac Pro Wheels and Feet pricing has perhaps not “jumped the shark” but someone certainly “lost the plot.”