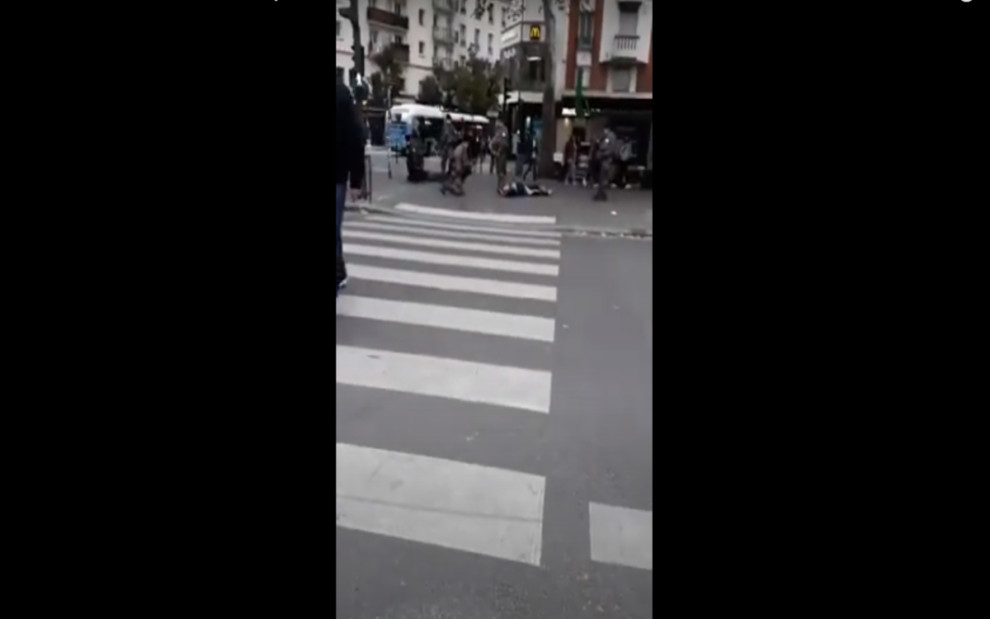 According to initial reports, a man has been beheaded in Paris’s streets in an apparent terrorist attack. Police have shot dead the attacker. The suspected terrorist was thought to be wearing an explosive vest.

UPDATE 15:30 EST: Man who killed French history teacher for showing drawings of Prophet Muhammad identified as 18-year-old born in Moscow, not a parent as earlier reported, According to BFM TV.

Update 13:23 EST: The investigation shows that the victim was a school teacher who had shown Islamic cartoons in a class. The history teacher had shown cartoons of religious figures in a lesson about freedom of speech. Further inquiry has revealed that the the lesson featuring religious figures’ cartoons. An anonymous source told the press, “The victim had recently given a lesson to his students on the freedom of speech and had shown the caricatures of Prophet Muhammad.”

Teacher decapitated near Paris over cartoons

According to local media reports, one man shouting ‘Allah hu Akbar’ (God is great) has beheaded a man. The victim has been identified as a history teacher in northern Paris before being neutralized by the French Police. According to witnesses, the attacker was severely injured by the police.

Reports say the incident occurred at the district Saint-Germain-en-Laye in Conflans-Saint-Honorine in the afternoon. After being chased by the police, the attacker was later injured in the neighboring town of Eragny. The police in Paris has set up a security perimeter and have advised residents to avoid the area.  The brutal attack happened at approximately 5:00 p.m. local time near a school.

This year alone, Paris has been the home of 6 terror incidents, resulting in 3 deaths and 11 injuries. The anti-terrorist sub-directorate ( SDAT), established by the French police to handle such matters, is currently leading the attack’s investigation. The General Directorate of Internal Security is assisting the anti-terrorist sub directorate.

Local authorities have reported that the terror attack was motivated by cartoons. The suspected terrorist is said to be motivated by rage against the depiction of holy figures in Charlie Hebdo.

“He was waving a gun by this time and further threatened officers. This was when he was shot dead by the police..around ten shots were heard,” reported an anonymous source. Several witnesses watched in terror as the suspected terrorist decapitated an unnamed victim, who was also male, during daylight hours. Officers and authorities were seen rushing to the scene when the alarm was raised. Interior Minister Gerald Darmanin was seen “making his way to the scene of the attack,” said the ministry’s official representative, who also confirmed reports of a terrorist inquiry.

This is not the first instance of people taking law into their own hands in Paris. The multitude of increasing attacks had compelled authorities to launch a terrorism inquiry last month. This was done after two media persons were stabbed in broad daylight outside the former Charlie Hebdo office premises.

The Charlie Hebdo magazine has been the center of numerous conspiracies; the magazine’s staff members were murdered in 2015. The murders were motivated by hatred and intolerance against the staff members for publishing cartoons that mocked the prophet and his family.

Paris to scale back monument lighting as energy bills bite