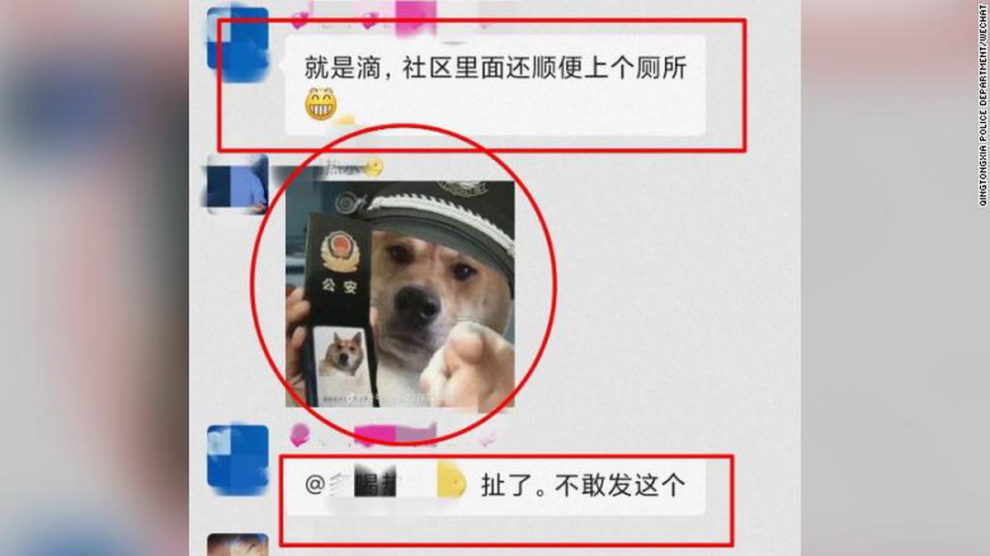 According to reports, a man in China was detained for 9 days after sending a dog meme to a group chat that was deemed offensive to police in an incident that has gone viral on Chinese social media.

According to authorities and state media, the man, identified only by his surname Li, allegedly sent the meme on the Chinese social media platform WeChat in a group exchange complaining about the local Covid-19 prevention and control measures late last month.

A screenshot of Li’s text exchange was posted on Chinese social media by police in Qingtongxia city, Ningxia region, but the post was later removed.

A government-run outlet The Paper published additional details about the incident, which has sparked outrage in China, with a related hashtag gaining 170 million views.

According to reports, many people were outraged by Li’s punishment, arguing that using an internet joke was in no way grounds for being detained by police.

The Paper reports that Li sent a meme depicting a dog wearing a police hat, holding a police badge, and pointing at the camera. It’s a common image that has been widely used online in the past, with various variations including a cat or cartoon character in the police hat.

According to The Paper, on October 30, local police received a tip from a member of the public alleging that Li had sent an image “insulting the image of police.”