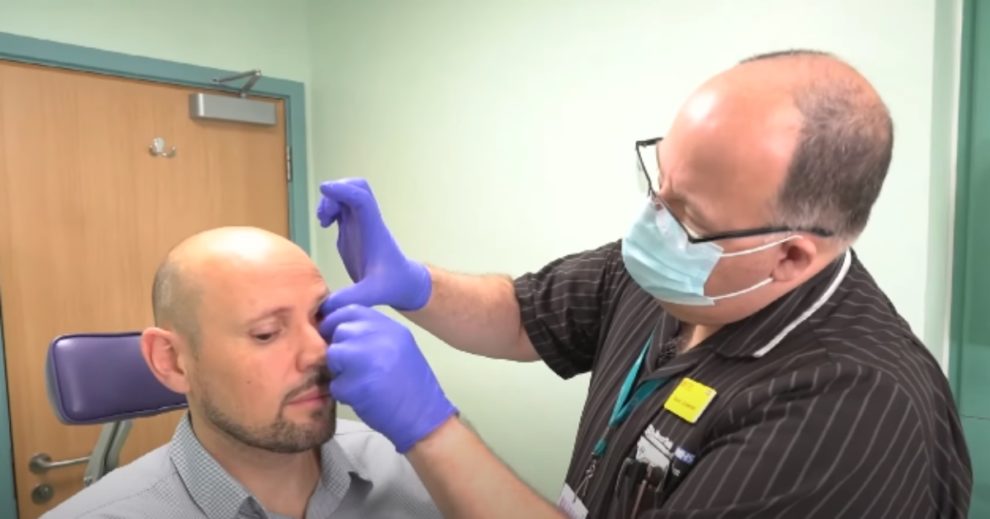 According to media reports, a middle-aged man in the UK has become the first person in the world to have a 3D-printed eye fitted as part of a trial.

According to the Daily Mail, doctors at Moorfields Eye Hospital in London fitted Steve Verze, 40, with the world’s first 3D-printed eye.

Verze, from Hackney, London, lost his left eye in his twenties and has since relied on prosthetics, which must be replaced every five years, according to the Daily Mail.

Verze, a professional engineer, stated that the plastic acrylic versions have made him feel “self-conscious.” While the 3D printed version will not restore his left eye’s vision, Verze claims the new 3D eye will look much more like a real eye.

“I’ve needed a prosthetic since I was 20, and I’ve always felt self-conscious about it. When I leave my home, I often take a second glance in the mirror, and I’ve not liked what I’ve seen. This new eye looks fantastic and, being based on 3D digital printing technology, it is only going to be better and better,” Verze was quoted as saying.

According to doctors at the hospital, who are offering patients 3D-printed eyes as part of a clinical trial, it has the potential to cut waiting times for prosthetics in half, from about six weeks to three.

It only takes two and a half hours to print a 3D printed eye. The current procedure necessitates surgery on the socket as well as a two-hour moulding session to ensure proper fit.

Patients must also attend several days of appointments where the prosthetic is painted to match the other one as closely as possible.

However, the new method involves scanning the empty socket so that software can create a map of the area. The good eye is also scanned to ensure compatibility.

The digital maps are then sent to Germany, where they are printed in two and a half hours using a 3D printer.

This is then returned to the hospital, where it is finished and fitted to a patient.

“We are excited about the potential for this fully digital prosthetic eye. We hope the forthcoming clinical trial will provide us with robust evidence about the value of this new technology, showing what a difference it makes for the patients. It clearly has the potential to reduce waiting lists,” said Mandeep Sagoo, a consultant opthalmologist at the hospital.