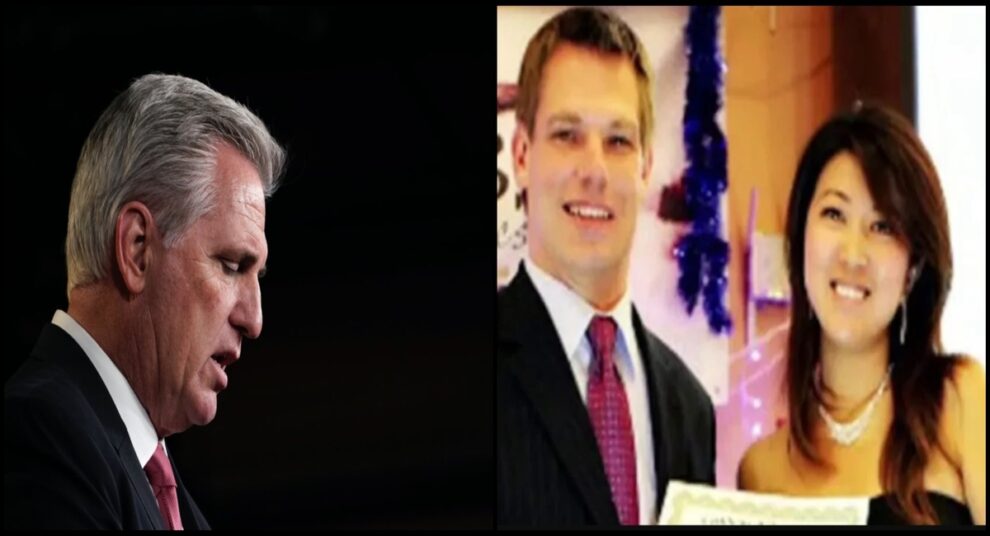 McCarthy said, “if an individual could not get a clearance in the private sector, they shouldn’t be on Intel. I don’t think it’s that difficult.”

McCarthy has been demanding that Swalwell should be removed from the Intelligence Committee for months over the Democrat’s former ties with Christine Fang. Fang had reportedly helped fundraise for Swalwell during his 2014 reelection campaign. He had also appointed an intern in his office before leaving the country in 2015 between a federal inquiry into her actions. Fang also allegedly targeted several other high-profile Democrats in California.

“These are Chinese spies that go down to the level of a mayor, they court and help a city council member become a congressman this congressman now gets on the Intel committee, they are only selected from the Intel Committee by the leaders of their party meaning Nancy Pelosi,” McCarthy previously told Fox News.

Mike Emanuel from Fox News posted a tweet alongside the resolution document:

“FoxNews has obtained this Resolution seeking Congressman Eric Swalwell’s removal from the House Intelligence Committee. TBD on timing in terms of when Leader McCarthy will seek to force a vote on the House Floor.”

McCarthy is a 14-carat liar

Swalwell told Punchbowl that McCarthy “is a 14-carat liar.” He posted on Twitter following a Fox News report on McCarthy’s resolution:

“Meet the New McCarthyism. Multiple sentences in resolution state ‘Swalwell has not denied…’ Yet fails to include multiple FBI statements of ‘no wrongdoing’ and did nothing but ‘cooperate.’ All of this to deflect from @<GOPLeader’s support for QAnon.”

According to a report from Punchbowl, McCarthy had a classified meeting with Speaker Nancy Pelosi (D-Calif.) earlier. But it seems like Democrats do not want to remove Swalwell from the Intelligence Committee.

Federal investigators have not put any allegation on Swalwell for the wrong action. And the lawmaker has said he is not in terms with Fang any longer.