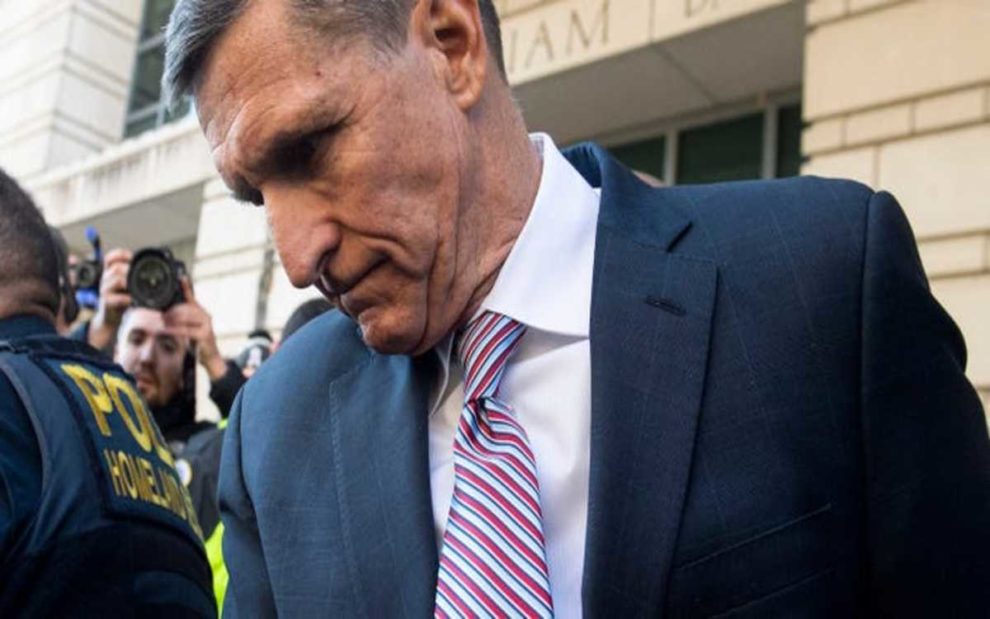 According to recent reports Michael Flynn is calling on Trump to announce a martial law and hold new election again. Michael Thomas Flynn happens to be a retired United States Army lieutenant general. He was also the 25th National Security Advisor for the period of the first 22 days of the Trump administration, he remained in this position till his resignation.

“We the People Convention“, a right-wing Ohio based groups inspired by the Tea Party made the call for a military takeover in a full-page ad published in the right-wing Washington Times, the ad was also published in a press release distributed on Tuesday. After the press release, the ad was shared by social media users more than 70,000 times. The published ad was endorsed by the recently pardoned Michael Flynn, Trump lawyer Lin Wood and former Trump lawyer Sidney Powell.

Lin Wood, a pro-Trump attorney tweeted, “Good morning. Our country is headed to civil war. A war created by 3rd party bad actors for their benefit – not for We The People. Communist China is leading the nefarious efforts to take away our freedom. @realDonaldTrump should declare martial law.” This is an extremely radical stance, a military takeover will suspend the constitution of the United States of America and eliminate all civilian control from administration.

The content of the ad is particularly interesting.  It draws a comparison between the extraordinary executive actions undertaken by President Abraham Lincoln in an attempt to save the Union amidst Civil war and the literal war that happens to divide the nation today. The war being referred to here is the division of nation into right wing and left wing, particularly after the 2020 presidential election.

What does a martial law entail?

“President Trump, you and every other official in our local, state and federal governments, and everyone in law enforcement and in our military have sworn an oath that says “I will support and defend the Constitution of the United States against all enemies, foreign and domestic.” It is time for everyone who swore that oath to act upon it.”

The ad further expressed full confidence in courts and the congress to abide by the 12 Amendment enacted in the Constitution of the United States that entails defending the electoral process. The ad further calls upon Donald Trump to take the same path as Lincoln, to exercise the extraordinary powers conferred upon his office. The declaration of martial law will suspend the Constitution and take away the control of civilians from federal elections.

With a martial law, the military will implement a national re-vote that they feel depicts the true will of the people of the United States. The ad says, “Federal candidates only. Paper ballots. No computers. Hand-counted with both parties watching every vote. Only registered voters. Photo ID to prove residence. Conducted safely with everyone wearing masks and six feet apart, just like we did in Ohio.”