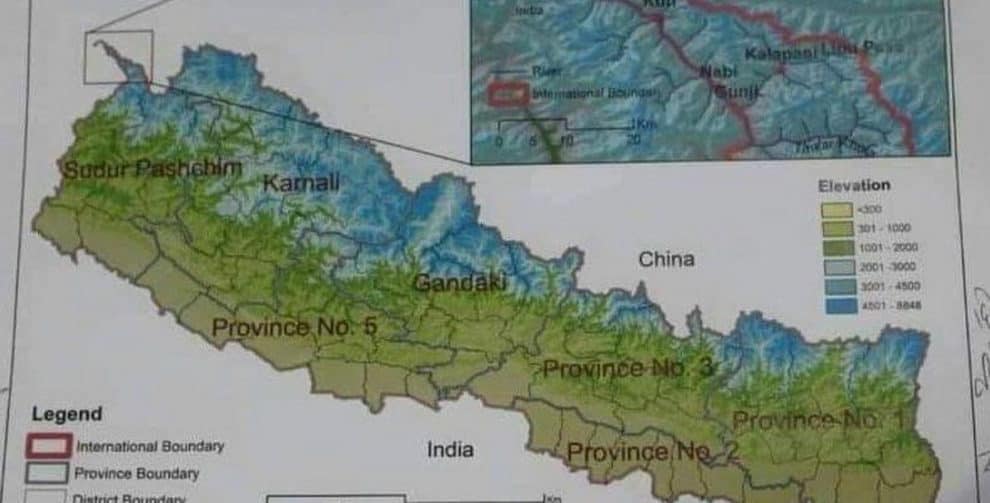 According to the latest development, Nepal has released its new political map, including Limpiyadhura, Kalapani, and Lipulekh, disputed lands currently encroached by India. The new map will soon be updated in the country’s constitution, coat of arms, and school curriculum says Nepal officials.

On Wednesday May 20, Minister Padma Aryal unveiled the new political map of Nepal. That came in a televised press conference at the Ministry of Land Reforms and Management in Singha Durbar, where he considered the occasion as historically pleasant for the citizens of Nepal. Before that time, there’s a cabinet meeting concerning the issue. There, every member agreed to endorse the new political and administrative map to include the land encroached by India. The decision to include the land was as a result of its Byas Rural Municipality of Darchula district adjoining Pithoragarh.

Before that time, the communist Prime Minister of Nepal, KP Sharma Oli had received a lot of pressure from the members of parliament to issue the new political map since India launched a road across some of the disputed territories.

Recall that in March, India inaugurated a 50-mile road joining Uttarakhand to Lipulekh across the border of the disputed land.

However, Nepal was able to claim the territory under an 1817 settlement with the East India Company. That sets the Kali river as its western boundary with India. It also sets the land lying east of the river as the country’s territory.

According to claims by the Nepalese officials, the exact size of the land was being calculated. Now, the officials have concluded they’ll include the new political map in school textbooks and other official documents. They’ll also use it for other administrative purposes.

Kamal Thapa, a former foreign minister of Nepal blames India for inaugurating a road across Lipulekh pass, a territory belonging to Nepal. He made the remark on social media in response to what the Indian External Affairs Ministry said on Wednesday.

The ministry said Nepal’s decision to unveil a new political map, including the disputed lands is an artificial enlargement of territory.

However, Thapa disagreed, saying the areas east of the Kali River belong to Nepal according to the 1816 treaty with the British East India Company. He mentioned that Nepal had been raising the issue of land encroachment for the past 60 years.

Furthermore, Thapa also said that there existed an agreement between the two countries in the past. He said India and Nepal agreed to settle the land dispute through bilateral negotiation. Despite that, India released a new map, including Nepal’s territory, and launched a road across the area linking China. He also urged the ministry to stop blaming Nepal for trying to protect its national integrity. Concluding, Thapa said they are ready to sit and resolve the land dispute with India using evidence and facts. 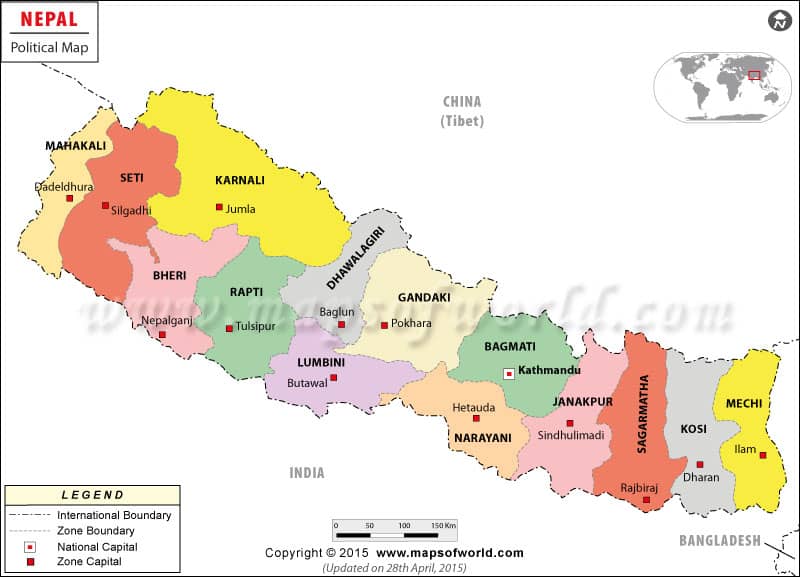 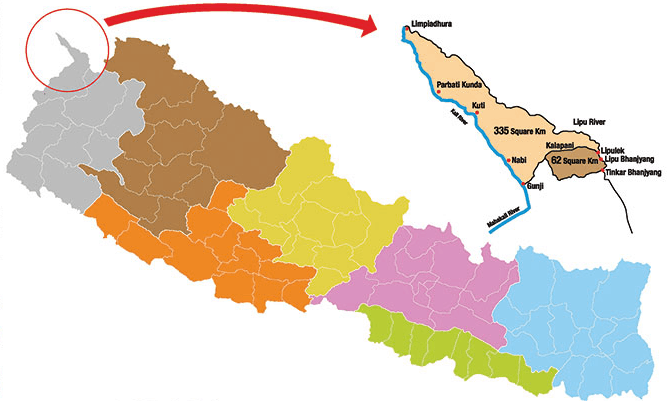