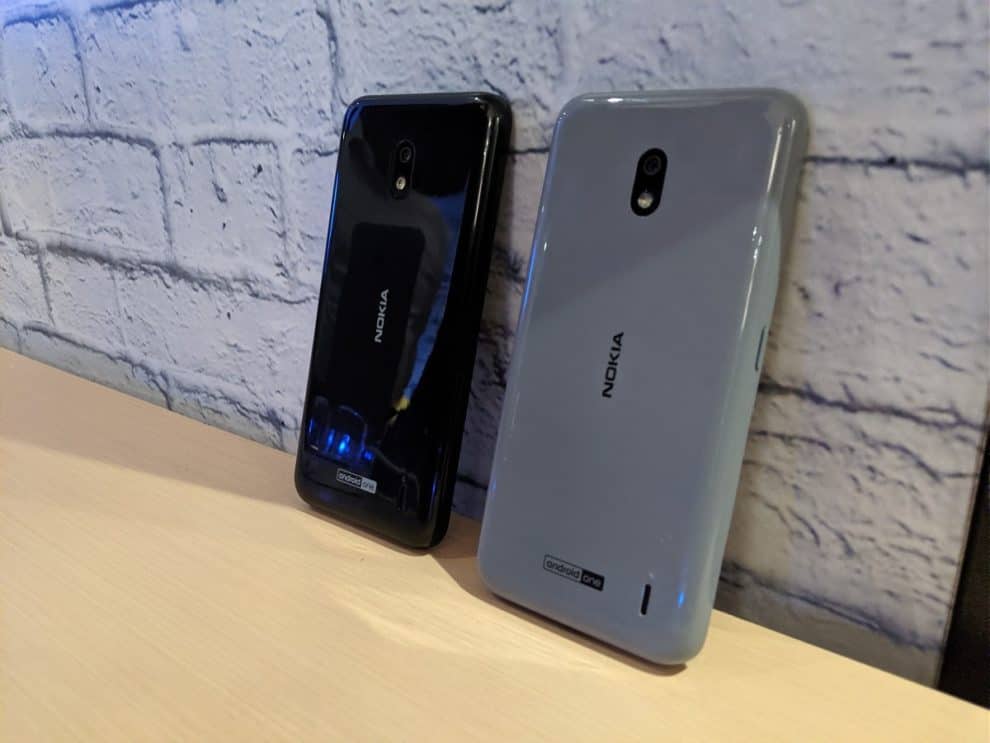 Admittedly, the Nokia 2.2 smartphone, released in June 2019, came with a lot of great features and specifications. First, the device came, powered by MediaTek Helio A22 Quad-core Processor. Besides that, it also came, running Android v9.0 Pie out of the box. Furthermore, in July 2020, the smartphone was able to pick up the Android 10 operating system update. Unfortunately, that came with some bugs. One of them is the issue of the missing notification, which Nokia has fixed with the firmware update V2.370. Pending the time when the device will receive its next OS update, the OEM is rolling out monthly security updates to the device. Not long ago, the device picked up the August 2020 update. However, according to many Nokia 2.2 users, the update introduced some issues, which prevented their Bluetooth connectivity from working.

Nokia 2.2 Issues: Bluetooth Is Not Working For Some Users

According to the latest reports, some Nokia 2.2 users have taken to various social media platforms, including Twitter and the company’s Community, to complain about some Bluetooth connectivity issues. Furthermore, the affected users mentioned that the problem started after they received the August 2020 patch. Let’s have a quick look at a few of the reports below:

According to a Twitter/Nokia 2.2 user, who is also experiencing connectivity issues, he mentioned that his device’s Bluetooth is not working. Here’s what the user tweeted below:

“And still no fix for the Nokia 2.2 since march. BTW: Since the last SP Bluetooth is broken too!”

According to Moshammer, the Nokia 2.2 user also complained about the connectivity issues, noting that the Bluetooth is not working.

“Since the last Android update, 00WW_2_300_SP06, the settings menu crashes with every connection via Bluetooth i.e. my car multimedia system. The Bluetooth options are no more accessible, the shortcut buttons menu doesn’t react.” 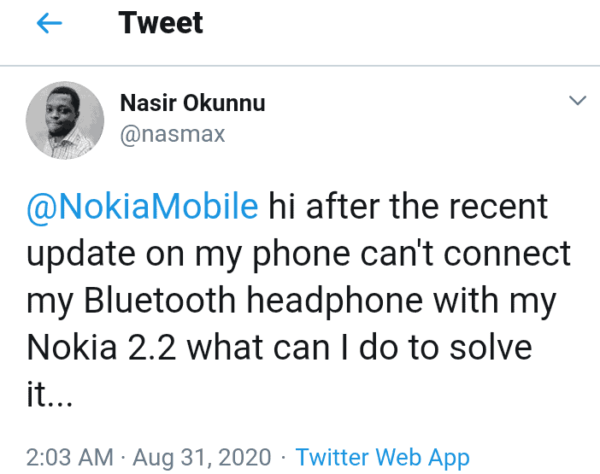 Any Fix Yet To Address The Issues?

Looking at the reports so far, it looks like the Bluetooth connectivity issues are affecting a lot of Nokia 2.2 users. Also, they are unable to connect to any device because their quick Settings apps are not working. Furthermore, the users mentioned that they tried some workarounds like factory resetting, but nothing positive came out.

For now, the OEM is yet to say anything to address the Bluetooth issues, which are affecting Nokia 2.2 users. However, since a lot of people are experiencing the problem, we are hopeful that the company will introduce a fix sooner than later to resolve them. You can rest assured that we’ll keep an eye on the company for the fix. As soon as we find anything worth sharing, you’ll hear from us here.

Nokia CEO says 6G network will be available by 2030