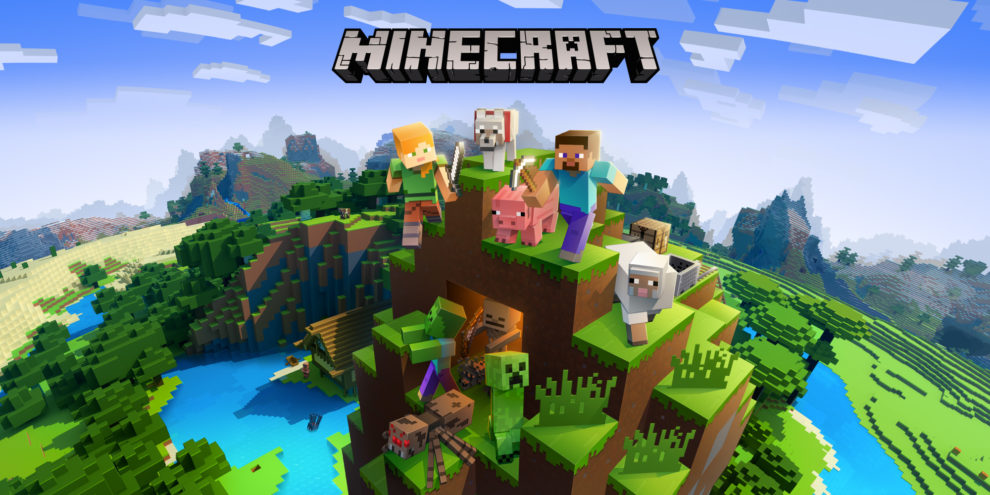 Minecraft players expressed their anger over the ‘Player’ or ‘Chat’ reporting feature and launched a petition to remove it.

The issue is much bigger than “false positives or errors in moderation”, the petition read. The petitioners rejected Microsoft’s efforts to coerce moderation standards on the gaming communities.

A number of Minecraft players expressed their disapproval and anger towards the inclusion of the feature. The ‘Player’ or ‘Chat’ reporting feature was recently included after the 1.19.1 update. 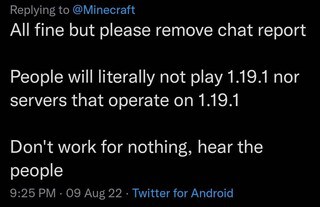 Players criticized the update as the new system could be dangerous for player accounts, even on private servers.

A lot of the posts blamed Minecraft for not caring about its community.

Some players are even considering leaving the game. They believe that their harsh step would make the developers understand how much they detest the change.

The feature brings a high risk to the accounts

The Minecraft ‘Player’ or ‘Chat’ reporting feature can bring a potential ban risk to gaming accounts.

The system of Minecraft chats can be modified as per convenience through exploits such as Gaslight. This way, Microsoft could receive a report for something a user did not say.

Microsoft can ban user accounts for unfair reasons. Trolls can also report a profile for an unfair ban, even if a player is on a private server.

The system will stay, says Mojang

The developers of the game, Mojang Studios, is determined to not remove the Minecraft ‘Player’ or ‘Chat’ reporting feature.

Last month, MojangMeesh, the community manager on Reddit, posted his decision. “We appreciate and value your feedback, but it does not mean that feedback will always change the design principles Mojang Studios adheres to — this includes the upcoming reporting system.”

Fortunately, some players have found tools to bypass the system while creating a server.

There are some servers with options that automatically disable the chat report options. These servers include Paper, Bukkit, Spigot and others.

Moreover, there are existing mods and plugins that can be applied to servers to block the feature. 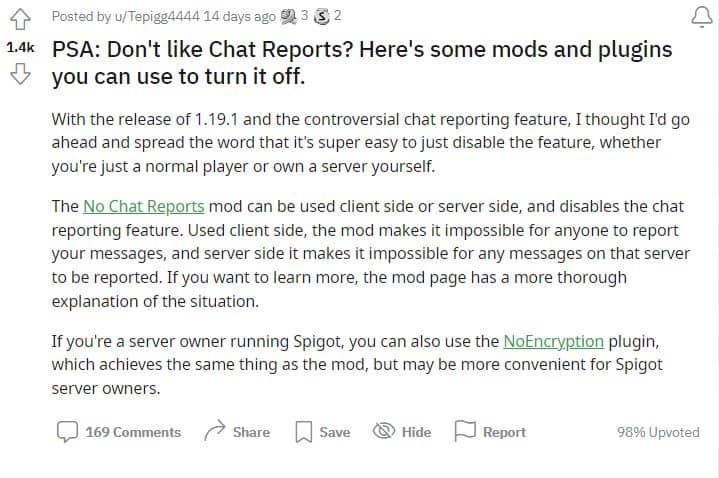 Minecraft players have urged other community members to share the petition to put an end to censorship.

Minecraft Freezing For Players After 1.18.30 Update