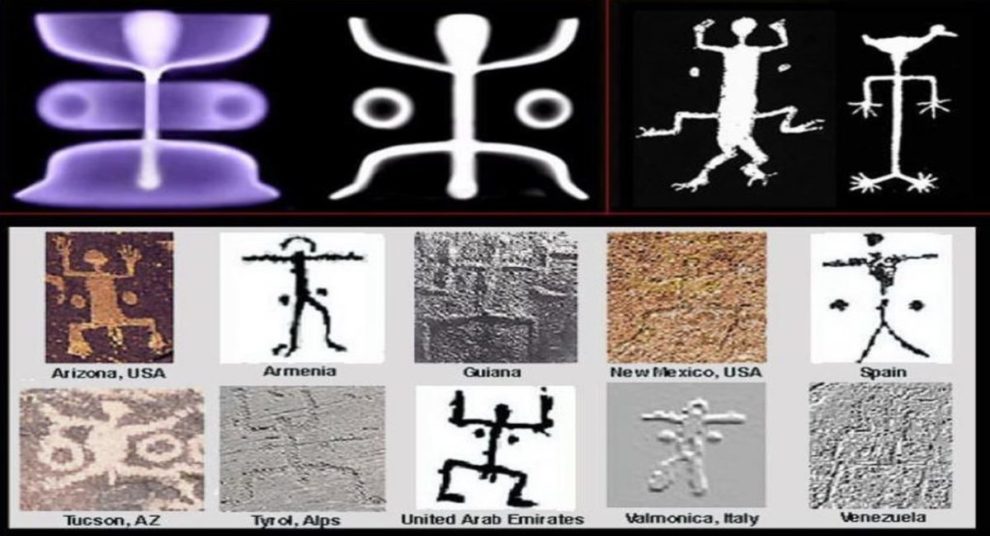 Reports from Hawaii revealed that the shifting of sands has unveiled petroglyphs of 10 stickmen. Archaeologists in Hawaii beach have discovered what has been described as a unique series of petroglyphs that were reportedly created by aboriginal inhabitants who resided at the Waianae coast. The rock art is believed to be approximately 400 years old, although exact numbers are difficult to calculate via carbon dating but seems that the carvings on rocks are several centuries old.

The petroglyphs of 10 stickmen were spotted by Lonnie Watson and Mark Louvier accidentally. Lonnie and Mark are a couple from Texas who happened to be walking across the beach to witness the beautiful sunset last month. It is speculated that the panels of rocks have been exposed before as well but nobody brought the petroglyphs to the attention of authorities.

The US Army’s archaeology team, which previously also managed thousands of Hawaii’s archaeological sites is working with the State Historic Preservation Division to analyze the petroglyphs. The team will document the newly discovered petroglyphs. They have also cordoned off to protect and preserve the ancient relics.

“The ones with the fingers, for me, are pretty unique. … Fingers and hands are pretty distinct, as well as the size of them,” said Alton Exzabe, the US Army scientist regarding the newest discovery.

Authorities have tried their best to communicate the significance of the newly discovered petroglyphs of 10 stickmen. Authorities have cautioned the residents of Hawaii beach that while it is completely fine for people to observe and admire the ancient art, it is important that the carvings are not touched. Even the archeologists have to practice extra caution when scraping away of sand because even a slightly harsh touch can cause damage.

It is fascinating to look at images of these petroglyphs portraying 10 stickmen on social media. It makes one wonder who carved this, how many years ago was this carved and what was the message the artist behind this carvings intended to leave behind. Ancient relics are doorways into the past.