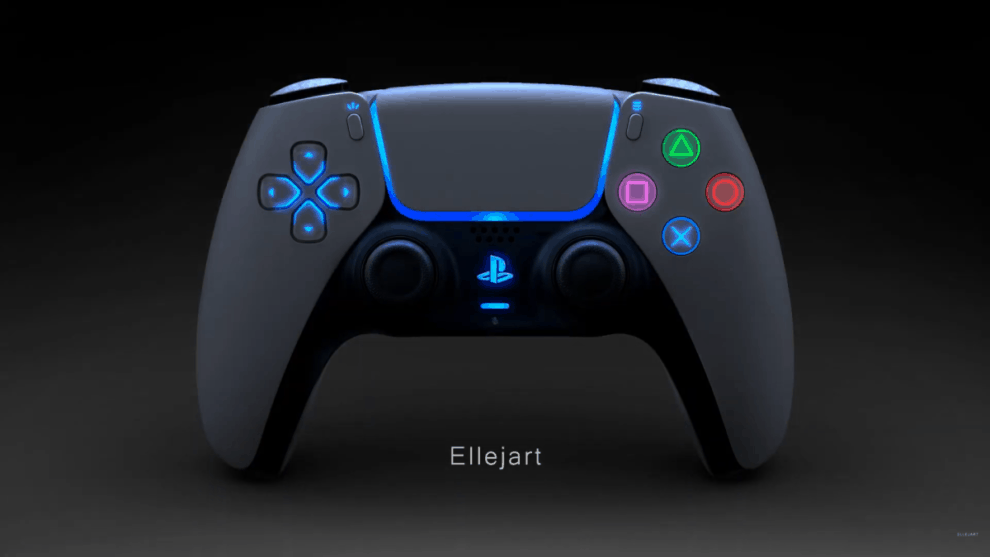 On April 7, 2020, Sony was able to unveil the PS5 DualSense Controller. While the exact release date of the device is still unsure, we expect it to launch alongside the PlayStation 5 in the coming ‘holiday’ season. Unarguably, the controller already has a host of amazing features that’ll come with it on its arrival. According to Sony, the gaming device will come with adaptive shoulder button triggers, haptic feedback, and a new ‘Create’ button, replacing the PS4 ‘Share’ button. Apart from that, it’ll also come with a built-in microphone, which will help players to talk to their friends without the need for a headset. However, we do believe a new DualSense Night Mode feature will also be perfect on the upcoming PS5 controller.

According to a PS5 DualSense concept video, it reveals how the gaming controller could behave, with a Night Mode feature. The concept, first spotted by T3, was created by Nikolay Mochkin, AKA Ellejart. Although the DualSense Night Mode is not part of what Sony plans to offer, the feature has been talked about several times in the community. Also, it was able to appear during the DualSense reveal on the PlayStation blog. And that inspired Ellejart to come up with the concept video to show how the PS5 DualSense Night Mode works.

By activating the PS5 DualSense Night Mode, it helps to lighten up the LEDs, which are behind the main buttons and around the center of the controller. Furthermore, the lighting on the touchpad will be the first to activate. It’s then followed by the buttons from top to bottom of the gaming controllers. Also, the other way round happens when you turn off the feature.

The PS5 DualSense controller buttons replaced the colorful icons on previous releases, coming with plain white symbols. So, it’s really interesting to see the buttons light up with the traditional colors. The only problem, however, is that it’ll cause a battery drain on the gaming device.

Here Are The Features Coming On The Controller

With the look of things, it’s likely that Sony has already introduced all the features that it wants to add to the upcoming gaming controller. With that, it means the possibility of introducing a new feature is unlikely. However, if by any chance, it still has any surprises up its sleeve for us, it’d be nice to see the PS5 DualSense Night Mode feature.

As mentioned above, one of the features that’ll make it on the new controller is the haptic feedback technology. Apart from that, it’ll include triggers with variable resistance. The benefit of that is to enable developers to change how pulling L2 or R2 feels while using different weapons. Also, there’ll be a ‘Create’ button and a new built-in microphone.