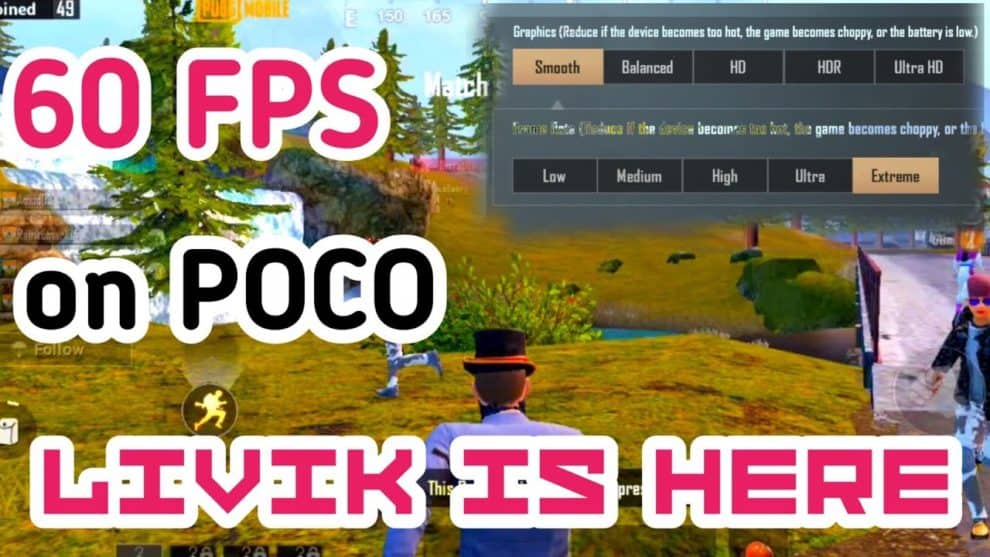 According to reports, the newest PUBG Mobile update 0.19.0 is now available, and it comes with a new Livik Map. Apart from that, it also comes with a few other features, including a new arena gameplay map for Team Gun Game, called Library. Also, it comes with a new Royale Pass 14, called Spark the Flame. It’s worth noting that the Spark the Flame will not be available, until July 14. Talking of the Livik Map, it introduces new map-exclusive weapons, called MK12 marksman rifle and the P90 SMG. While all of these are great improvements from Tencent, it looks like there’s a change in the graphics settings from 60fps to 30fps, which players didn’t expect. According to many users, they are disappointed because of the ‘Extreme’ frame rate option, which is now missing.

According to many Samsung Galaxy A series and Galaxy M series users, they are disappointed in Tencent for the downgrade in the frame rate settings from 60fps to 30fps, after receiving the newest PUBG Mobile update 0.19.0.

The users mentioned that before receiving the new update, they had the ‘Ultra’ and ‘Extreme’ frame rate option on their devices. However, after receiving PUBG Mobile update 0.19.0, everything changed, as they can now only play the game at a frame rate of 30fps.

According to a user, he took to the official Samsung community to complain about the downgrade from 60fps to 30fps. Here’s what the user posted about the issue below:

“With the latest update of Livik Map now, Samsung A50 graphics have been reduced to a high frame rate. Now we will not get the extreme frame rate in pubg.”

According to another user @iambulu, he also complained about the same frame rate issue, which started after receiving the PUBG Mobile update 0.19.0.

“After I update my galaxy a50 June security patch pubg is stuck 30 fps help Samsung.” 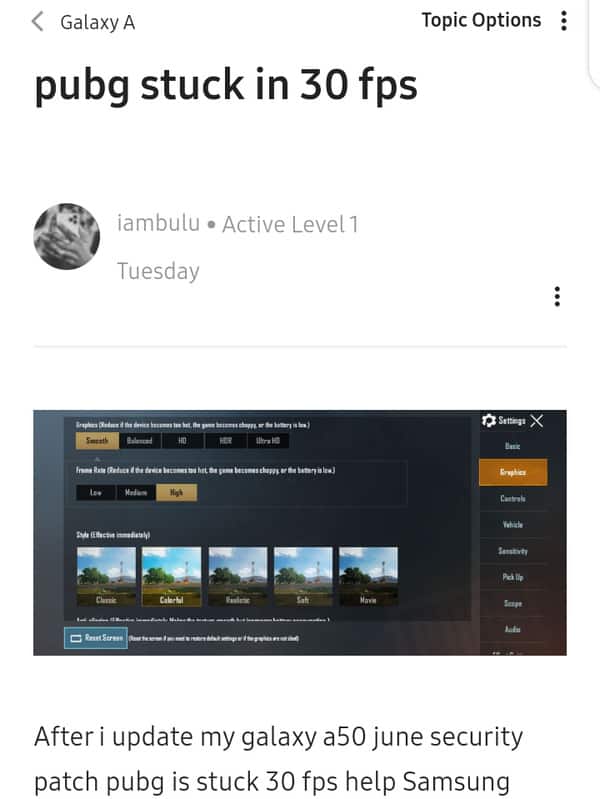 Here is a screenshot from the new reports by the Realme C3 users below (1, 2) 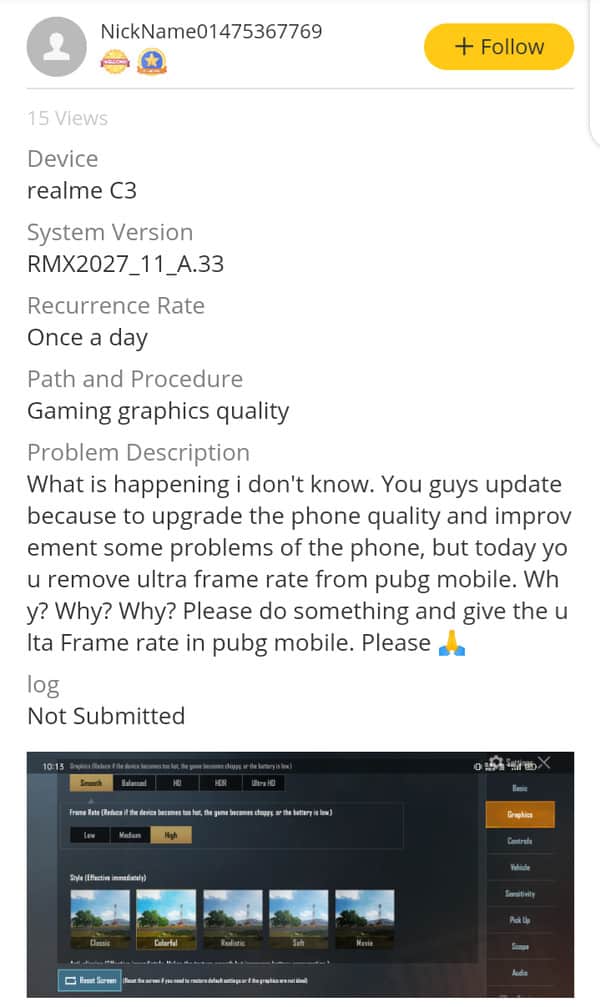 Any Fix Yet For The Frame Rate Drop From 60fps To 30fps?

For now, neither of PUBG Mobile & Samsung has been able to address the frame rate problem. However, in the case of Realme C3, a community moderator suggests that users should reinstall the game and add it to their game space. It’s worth noting that the advice hasn’t been useful to fix the annoying issue.

We’ll keep an eye on any new update from PUBG Mobile, Samsung, and Realme on the frame rate issue. As soon as we hear of any fix, you’ll be the first to hear about it.