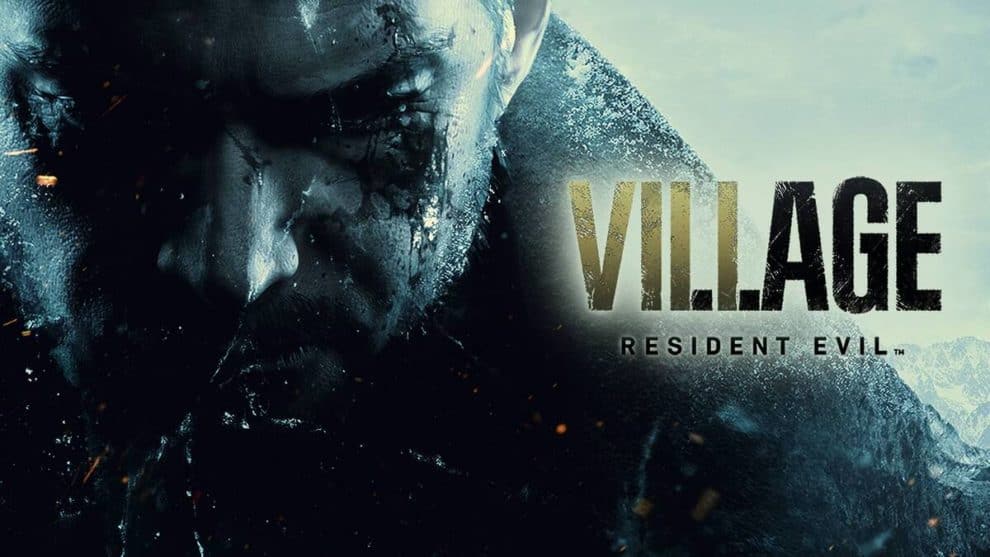 I’m sure you’ll agree with me when I say that Resident Evil 7 is one of the most interesting horror franchises so far. Releasing the game in 2017, Capcom introduced a new formula, which was different from the one it applied to its previous classic series. After the release of Resident Evil 7, Capcom was also able to introduce two successful remakes of the series. They are Resident Evil 2 and Resident Evil 3. Now, the gaming company has revealed a new installment, Resident Evil 8: Village.

In this article, we’ll be sharing with you everything we know about the upcoming Resident Evil 8: village, including its release date and rumors.

During the recently held PS5 reveal event, Capcom quelled rumors of the game, by introducing a new installment, called Resident Evil 8: Village. The introduction of the brand-new entry came through a trailer, offering us a better picture of some of the wintry environments, characters, and horrors that we should expect from the game.

While it’s still unclear when exactly the upcoming Resident Evil 8: Village will launch, Capcom was able to reveal during Sony’s event that it’ll come around 2021. With that, it means we won’t be seeing the game immediately when the next-gen consoles launch later in the coming holiday season.

The first trailer of Resident Evil 8: Village came during Sony’s reveal event in June. According to the series of extracts from the upcoming game, we saw that it’ll feature both new and old characters, including Chris Redfield.

The trailer reveals several other things, including photo-realistic vegetables, werewolves, witches, and another haunted house setting, in a wintry climate.

You can check out the trailer of the upcoming Resident Evil 8: Village below:

Capcom is preparing to release another trailer in August, according to fresh reports. The company had promised to provide more details over the summer. Twitter tipster Dusk Golem reports that the new trailer is coming in August, though he didn’t mention a specific date. According to the leaker, there will be a trailer and “some other things.” The “some other things” could mean executive interviews or detailed blog posts. 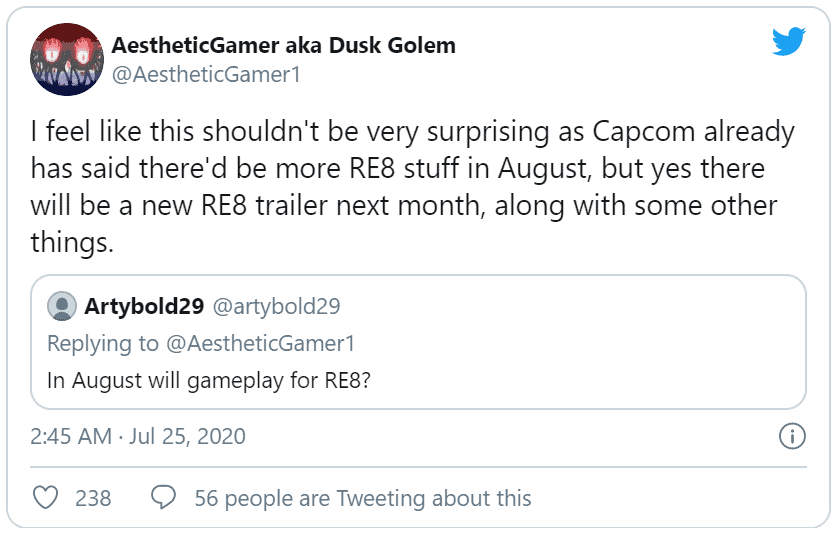 Dusk Golem has indicated earlier that Sony could hold another PlayStation 5 event in August to unveil more games in its lineup.

According to recent reports, the upcoming horror franchise will also maintain a first-person perspective.

Talking about the storyline, it’s been mentioned in a blog post that it’ll be a continuation of the previous story.

Here’s a brief of what Capcom’s Kellen Haney posted on the PlayStation Blog:

Furthermore, Hanney explained that the game takes place a few years after the Resident Evil 7 event, where Ethan Winters traveled all the way to Louisiana in search of his missing wife.

“Resident Evil Village sees the reunited Mia and Ethan living happily together and putting their shared nightmares of the Baker’s plantation house behind them.”

The Return Of Chris Redfield

Ethan Winters was able to move on from the horrifying events of the Baker house, enjoying a good life with his rescued wife Mia. In the trailer, there are dreamlike snippets of Mia, reading stories to her child. However, all the enjoyments only lasted until Chris Redfield arrived at Ethan’s house, gunning down a woman – Mia.

Here’s what Hansey said about the story of Resident Evil 8: Village:

“Ethan’s world suddenly comes crashing down once again when Chris Redfield, an unexpected yet familiar face makes an appearance, setting off a chain of events that sees a distraught Ethan seeking answers to Chris’s shocking actions… and ultimately finding him in a mysterious village.”

Wait! Did Chris Redfield really kill Ethan’s wife, Mia? If that’s really what happened, then the upcoming game could actually be some kind of revenge story.

A Quick Look At The Game’s Setting

During Sony’s reveal event, we got some idea of the upcoming Resident Evil 8: Village setting through its trailer.

According to Hansey, while he was describing the setting, he said: “Unlike the cramped corridors of the Baker mansion in Resident Evil 7, the fear of dark corners has been replaced with the anxiety of the unknown as Ethan searches for answers within decrepit buildings among snow-covered trees.”

Looking at that, I’m wishing that the new environment will have open and explorable settings like that of RE 4. 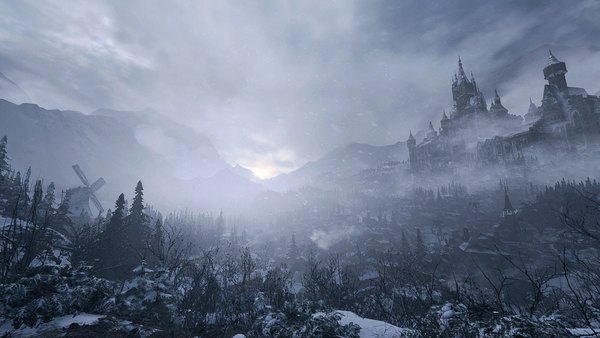 Is Resident Evil 8: Village Coming To The Current-Gen Consoles?

According to reports, it seems the upcoming Resident Evil 8: Village will not be coming to the current-gen consoles.

In case you want to know the reason for that, Dusk Golem, a popular insider, has some explanations for you.

A couple of weeks back, the insider @AestheticGamer1 posted on his Twitter account about the upcoming game. He gave an explanation as to why the upcoming horror franchise won’t be making it on the current gaming consoles.

Here’s a brief of what he posted below:

“Okay, I got some clarification on why they made RE8 next-gen only when it was cross-gen previously. With the updated graphic fidelity overhaul they’re doing (still in progress), the way RE8 was designed to lead to past-gen consoles having a lot of pop-in/long texture loads/load times because the game has you traveling through most of the Village and had a lot of load zones.” 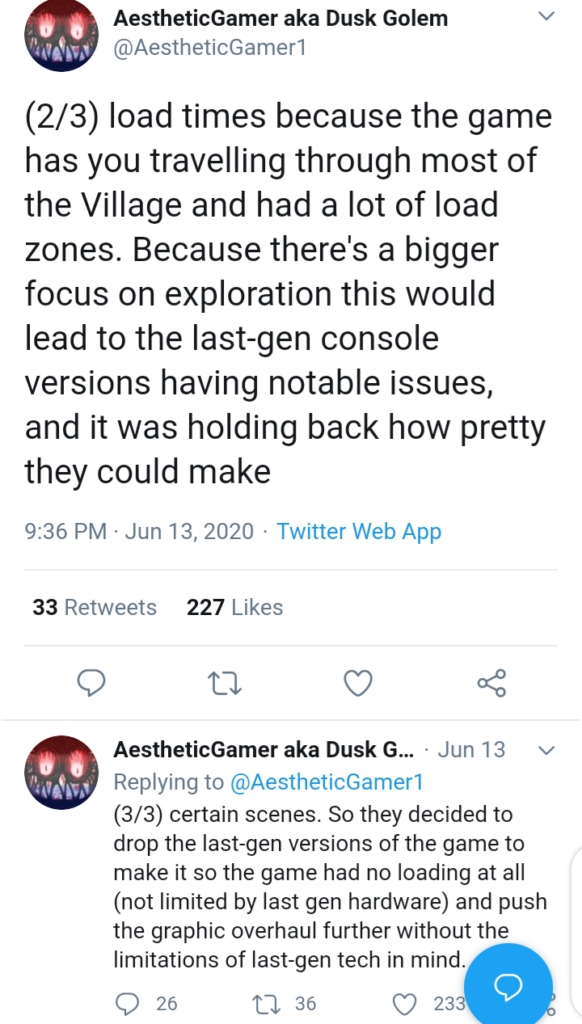 As with other leaks, it’s advisable that you take any unofficial information with a pinch of salt.

Is It The First Time Capcom Is Introducing Werewolves?

One of the shocking moments of the trailer shows one of the enemies, looking like a Werewolf. As such, it’s no more news that we’ll be seeing Werewolves when the Resident Evil 8: Village launches next year.

But is this the first time Capcom is using the horror creature in the game?

The introduction of a Werewolf to the upcoming horror franchise came as a big surprise. But it’s worth noting that this is not the first time the horrific creature will be introduced by Capcom. In 1998, there was an anthology series of Resident Evil comics, published by Wildstorm.

In the comic’s third issue, called Wolf Hunt, there’s a huge and terrifying Werewolf disturbing the streets of Raccoon City. No doubt, the comics are not part of the continuity of the game series. However, it’s still an official product of Capcom, since the gaming company licensed it.

Is Shinji Mikami Coming On Board?

Firstly, Shinji Mikami is the director of the original Resident Evil and the fourth installment of the series. No doubt, most of the fans of the game loved him during his time.

Due to an unknown reason, Mikami last directed the horror franchise, Resident Evil 4. However, there’s a possibility that the director might be coming back on board for the upcoming game. In an interview with PCGamesN, Mikami hinted that “he might” come on board. That came, when the interviewer asked him whether or not he will come back.