Sony has priced the PS5 at $500 for the standard model, which includes an Ultra HD Blu-ray disc drive. If you want the PlayStation 5 Digital Edition, you can get it for $400. By comparison, the PS4 was priced at $400 at launch. It’s now selling at $300. The PS4 Pro was launched at $400. Sony didn’t mention whether it would slash the prices of older models or discontinue them.

Sony will start accepting pre-orders on September 17. The console will go on sale on November 12th. The US, Japan, Canada, Mexico, New Zealand, Australia, and South Korea will get the new console on November 12. Sony will launch it in other parts of the world on November 19th. The company hasn’t yet finalized a release date for China.

Many retailers have started accepting pre-orders for the next-gen PlayStation. In fact, some of them have seen their websites crash due to massive demand. If you want to pre-order the PS5, you can do it directly on Sony’s website. You can also pre-order on Best Buy, Amazon, Target, GameStop, and Walmart.

Sony has given fans a number of reasons to rejoice at its just-concluded ‘The Future of Gaming’ event. The Japanese company not only shared the exclusive titles coming to the PS5 console later this year but also revealed the PlayStation 5 design and a bunch of other details. Let’s dive into the juicy details about PlayStation 5 such as its design, specs, accessories, games, and more.

The console has a sleek vertical design with a black and white theme. The interiors appear black while the two sides are white in color. It gets a blue LED lighting, a USB-A port, and a USB-C port on the front. Sony had already announced the DualSense controller for the PS5 in April this year.

Sony announced a ton of accessories that will go with the PlayStation 5. The accessories include a DualSense charging station, a media remote, a new HD camera, and a Pulse 3D wireless headset. All these accessories have the same black and white theme as the console. The company hasn’t revealed the prices or release date for the accessories, though. 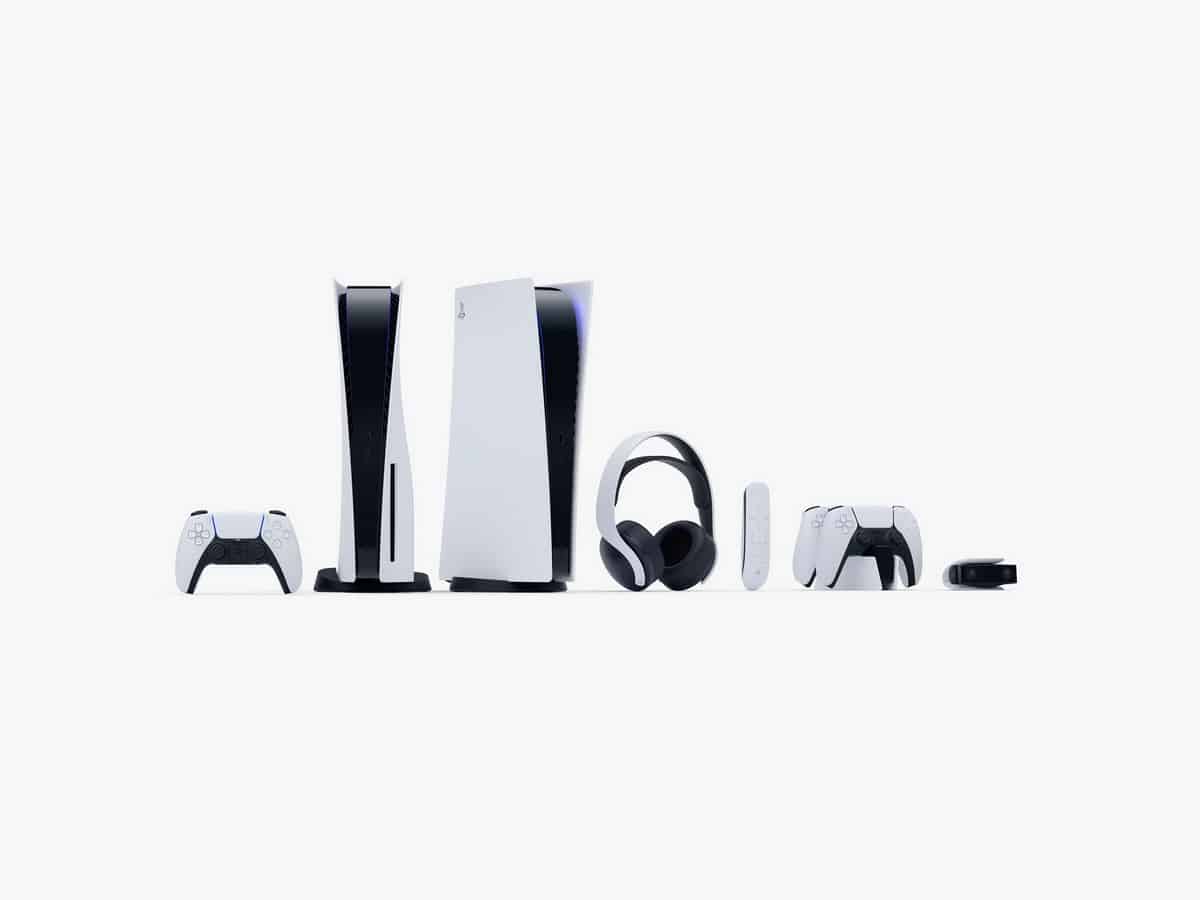 Sony officially revealed its next-gen controller called DualSense in April. The controller will support haptic feedback instead of the old “rumble” of the previous generation controllers. It will allow for a more immersive gaming experience, according to Jim Ryan.

The new DualSense controller has a two-tone design. It gets adaptive L2 and R2 triggers, and haptic feedback to create an element of “sense.” The controller also has a new Create button, a built-in microphone, and a USB-C connection. It is powered by a rechargeable battery. Sony has promised that the new controller will deliver better battery life than its predecessor.

On the other hand, Microsoft’s Xbox Elite Wireless Series 2 controller gets removable triggers. Sony has also revealed that the PS4’s DualShock 4 controller will be compatible with the PlayStation 5. But it will not work with PS5 games. It will only work with compatible PS4 titles on the upcoming console.

Sony has assured fans that the COVID-19 pandemic will not affect the PS5 release schedule. The Japanese company hasn’t confirmed the pricing details yet. Sony Interactive Entertainment CEO Jim Ryan has told media that the PS5’s price will present its value proposition.

Speaking to Games Industry, Ryan said Sony is focusing on “providing the best value proposition that we can.” “I don’t necessarily mean the lowest price,” he said. Ryan added that the value proposition is a combination of things such as the number of games, quality of games, depth of games, and price of games.

Twitter tipster IronManPS5 has spilled the beans on the release date and pricing details of Sony’s upcoming console. In a series of tweets, the leaker said that the console would hit the store shelves in North America and Europe on November 20. It will retail for $499/ £449/ €499 at launch. The anonymous tipster said in a follow-up tweet that the PS5 Digital Edition would go on sale on the same day at $399/ £349/ €399. It means the Digital Edition will cost $100 less than the Blu-ray model.

According to the tipster, the PlayStation 5 will first launch in Japan on November 14. It will retail for ¥49,980 (US$466) for the Blu-ray model. Sony will launch the DualSense controller and all other accessories alongside the console.

Excited fans waiting for the PS5 will soon be able to place their pre-orders. Sony’s global marketing head Eric Lempel has said that the pre-order won’t come as a surprise. Rumors about Sony starting the PS5 pre-orders have been doing rounds for the last several weeks. The PS5 pre-order placeholder pages have gone live at retailers including Walmart, Amazon, GameStop, and Currys PC World.

Twitter tipster IronManPS5 said in a tweet that Sony would reveal more details during the State of Play event on August 6th. However, some other reports suggest that the event could be held on August 10th. The Japanese company is expected to showcase backward compatibility, new game reveals, and new trailers at the event.

Sony could also officially announce the PS5 pricing. Past reports indicate that the console would cost $499 for the standard version and $399 for the digital edition.

The Japanese company is anticipating a strong demand for its upcoming console. The COVID-19 pandemic is far from over, and more people will be spending time indoors. It will boost the demand for gaming. Sources familiar with the matter told Bloomberg that Sony has nearly doubled its PS5 production from the earlier 5-6 million units to 10 million units this year.

Sony has informed its assembly partners about the significant ramp-up in its production plans. However, the supply chain disruptions could still hurt the PlayStation 5 output, again due to the COVID-19 pandemic. Japanese publication Nikkei reports that the company had previously planned to produce 6 million consoles in 2020. It has now increased the production target to 9 million.

It would be interesting to see how many units Sony manages to sell this holiday season. The PlayStation 4 launched in November 2013 and sold about 4.2 million consoles by the end of the year. Sony is anticipating double the demand for the PS5.

The upcoming PlayStation 5 will have a blazing-fast SSD, vents for heat dissipation, support for 8K graphics, a built-in 4K Blu-ray player, 3D audio, USB-A, and USB-C ports. It will also have 8K graphics at a 120Hz refresh rate. The console would offer 825GB of SSD storage and 5.5GB/s of performance.

Powering the PlayStation 5 is the octa-core, 3.5GHz AMD Zen 2 CPU. The PS5 features a 10.3 teraflops AMD RDNA 2. The console would pack a staggering 16GB of GDDR6 RAM and offer backward compatibility with PS4 titles. The super-fast SSD will dramatically reduce or even eliminate loading times, letting players enjoy the best experience.

Gaming titles could make or break a console’s launch. The PS5 will be backward compatible with titles for previous generations of PlayStation. CD Projekt Red has indicated that their upcoming Cyberpunk 2077 will arrive on both PlayStation 4 and PlayStation 5.

During the hour-long online stream, Sony announced tons of highly anticipated games for the PlayStation 5. They include Gran Tourismo 7, Spider Man: Miles Morales, Resident Evil 8, Horizon Forbidden West, Destruction All-Stars, GTA 5, and more. The GTA 5 will arrive with new features, content, and improvements for PS5 in 2021. The release date for Horizon Forbidden West is not clear yet. 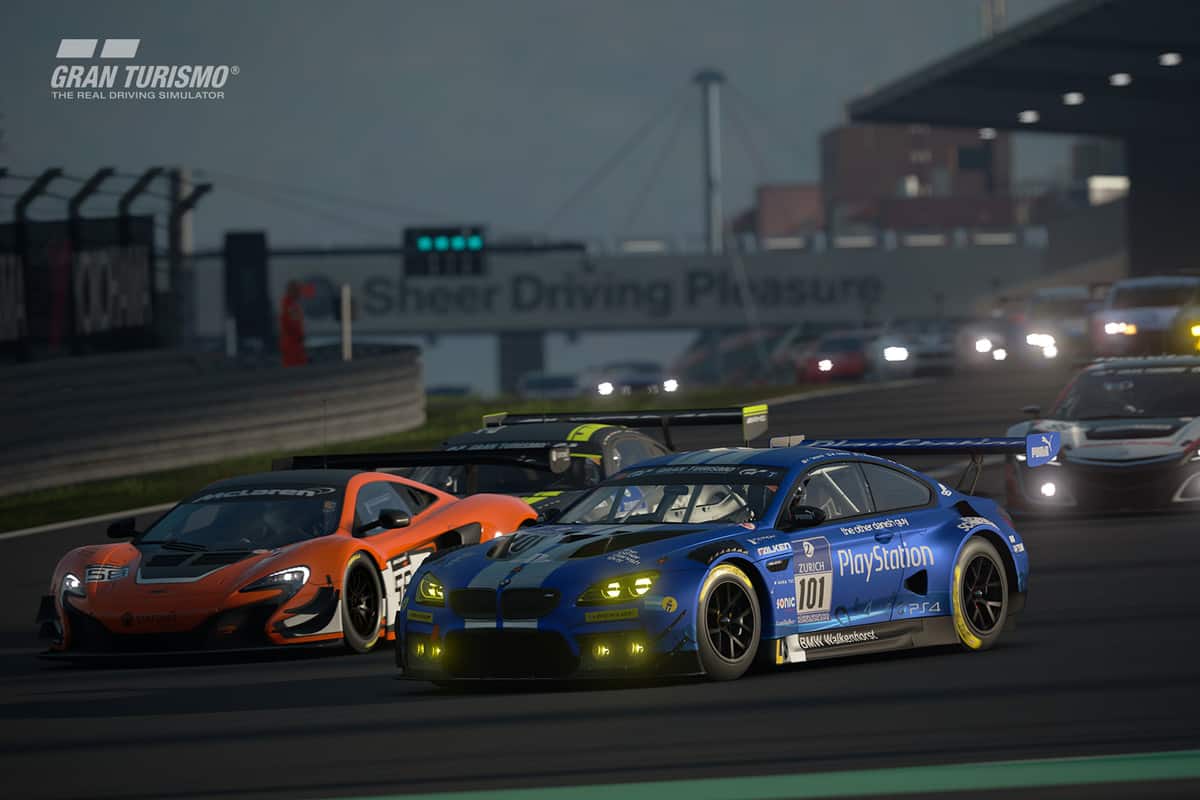 So far, developers have confirmed the following games for the PS5:

This article was updated with the latest information on 17 September 2020.