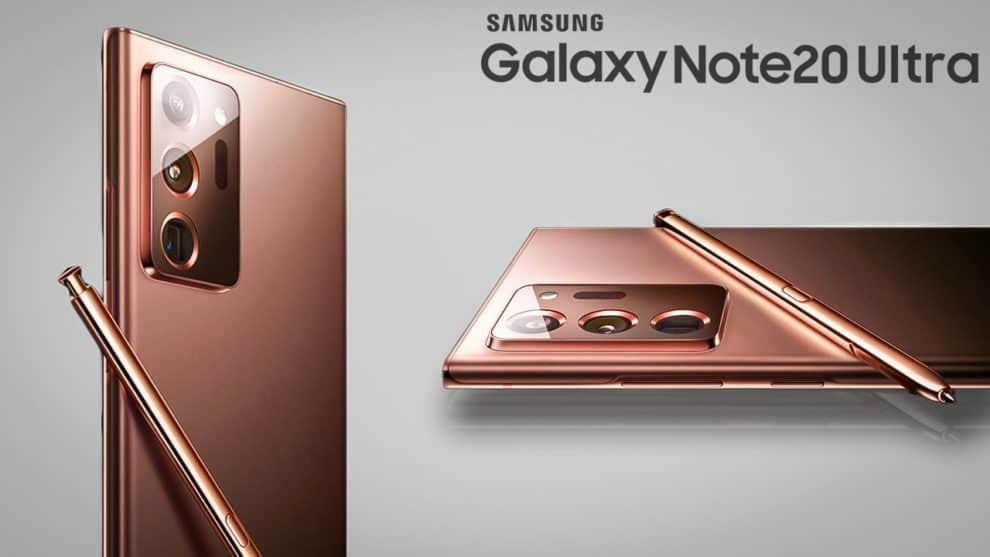 According to the latest leak, Samsung Russia may have just accidentally unveiled the images of the upcoming Galaxy Note 20 Ultra. The leak was first spotted by a Twitter user Ishan Agarwal, who took to his Twitter page to post about it. The images reveal that Samsung Galaxy Note 20 Ultra will come with a new color, reported by Max Weinbach, to be Mystic Bronze.

According to a Twitter user @ishanagarwal24, Samsung Russia accidentally uploaded images of Galaxy Note 20 Ultra on its official website. However, shortly after, all the content on the landing page was removed.

Here’s what the Agarwal tweeted about the leak:

“Something weird! Might just be our first look at the #Samsung #GalaxyNote20Ultra smartphone. This picture of the Bronze/Copper Galaxy Note 20 Ultra was found on the official Russian website of Samsung. Do you think it’s the actual render or concept used by a Samsung team?”

Shortly after, Max Weinbach was also able to confirm the images, describing the color as Mystic Bronze. Have a look at what Weinbach posted about the new leak below:

“Samsung accidentally posted the Note 20 Ultra in Mystic Bronze on their Russian website. It looks great!” 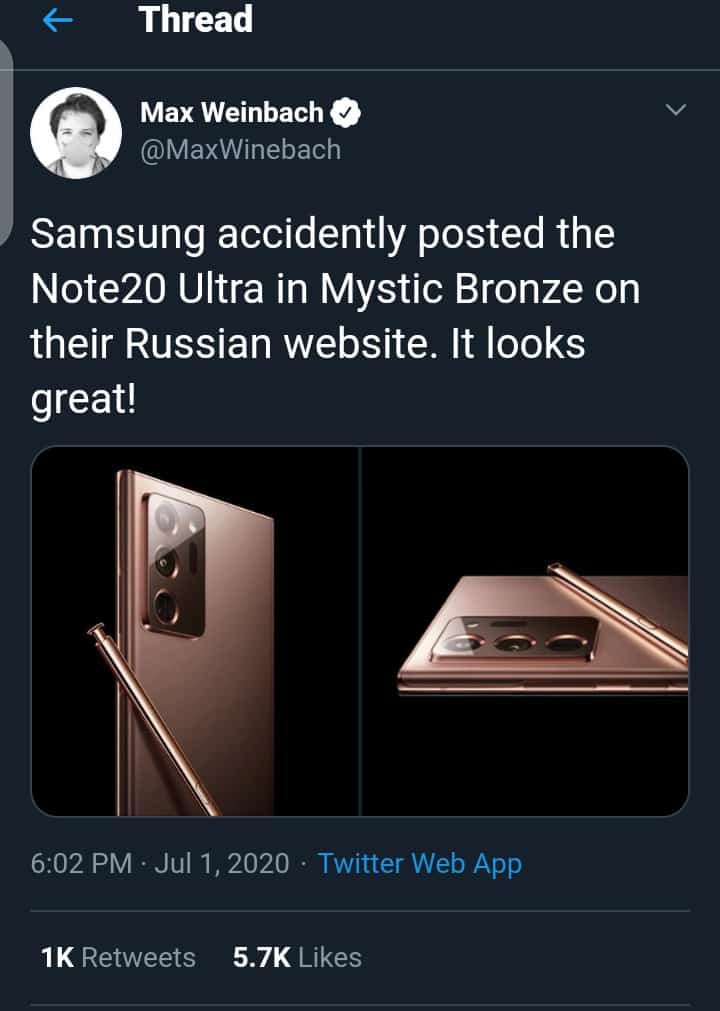 Looking at the images, we can see one variant of the upcoming Galaxy Note 20 – the Ultra model as described by Weinbach – in a Mystic Bronze color.

Talking about the design, the leaked images of the Galaxy Note 20 Ultra look like the previous leaks we have seen about the device. It has a huge single-camera housing, with 3 main sensors at its left side. Inspired by the S20 Ultra, it looks like the phone will be coming with a periscope telephoto lens.

The Price And Release Date Of Note 20 series

So far, there’s yet to be any official statement as to the release date of the upcoming Galaxy Note 20. However, according to several rumors online, it’ll likely come on August 5. That apart, looking at Samsung’s previous releases in the line, they always come around August or September. As such, there’s a high chance that the upcoming phone will also be released around August.

Talking about the date the device will be up for sale, it’s still unclear when that will be. However, there are several rumors across the internet, pointing towards August 21.