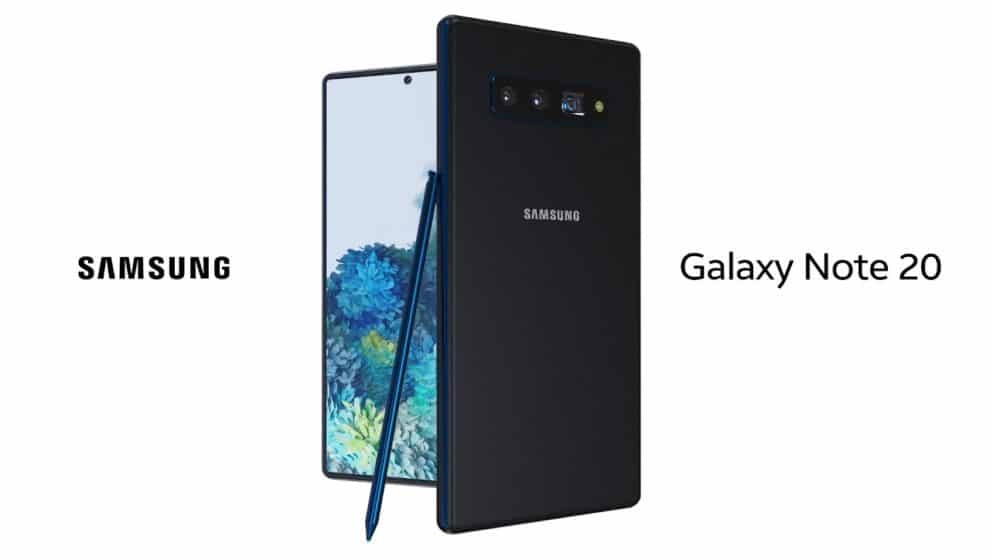 In this article, we will discuss everything about this new Galaxy Note 20 camera leak.

According to a leak by Ice Universe, the upcoming Galaxy Note 20 will miss out on one of the amazing features of Galaxy S20 Ultra – the enormous 100x “space zoom” camera. Let’s have a look at what the Twitter influencer posted below:

Although Ice Universe didn’t disclose the source, he has a great track record of Samsung leaks, making us believe him to some extent.

But here is a burning question: if Galaxy Note 20 is not coming with the enormous 100x “space zoom” camera, then what will it come with?

According to a new leak report, the camera details for Galaxy Note 20 have been uncovered by a Twitter user @Kuma_Sleepy.

The tweet says the standard Galaxy Note 20 will come with a camera set up, similar to that of S20 and S20 Plus. Furthermore, the leak shows that the camera of the upcoming Galaxy Note 20 Plus could be different.

The twitter user claims Samsung will carry over the S20 Ultra’s main 108MP (ƒ/1.8) shooter, as well as the same 12MP ultrawide camera found in all S20 series. However, the 48 MP telephoto won’t make it with the upcoming device. The leak suggests the Galaxy Note 20 Plus will rather come with a 12MP sensor behind its telephoto. Along with that, there’ll also be a laser autofocus system to support the 108 MP sensor, while focusing on near objects.

Let’s have a quick look at @Kumar_Sleepy post below: 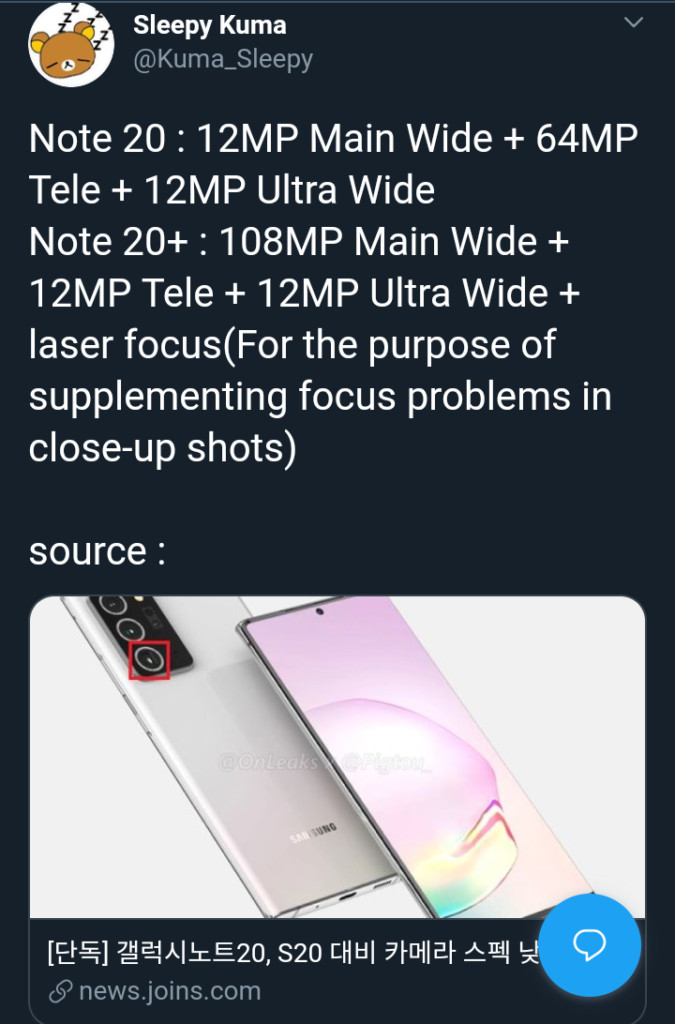 Although there’s no official release as to the launch date of the Galaxy Note 20, we can still make a pretty close guess. Looking at the previous phones in the line, the upcoming device should come to us by August 2020. However, because of the present coronavirus outbreak, we don’t know whether or not there’ll be a slight delay.

Similarly, there’s no official release as to the price of the upcoming Galaxy Note 20. However, looking at the starting price of Galaxy Note 10 – $949 / £869 / AU$1,499, we should expect something pretty close to that for the upcoming phone.