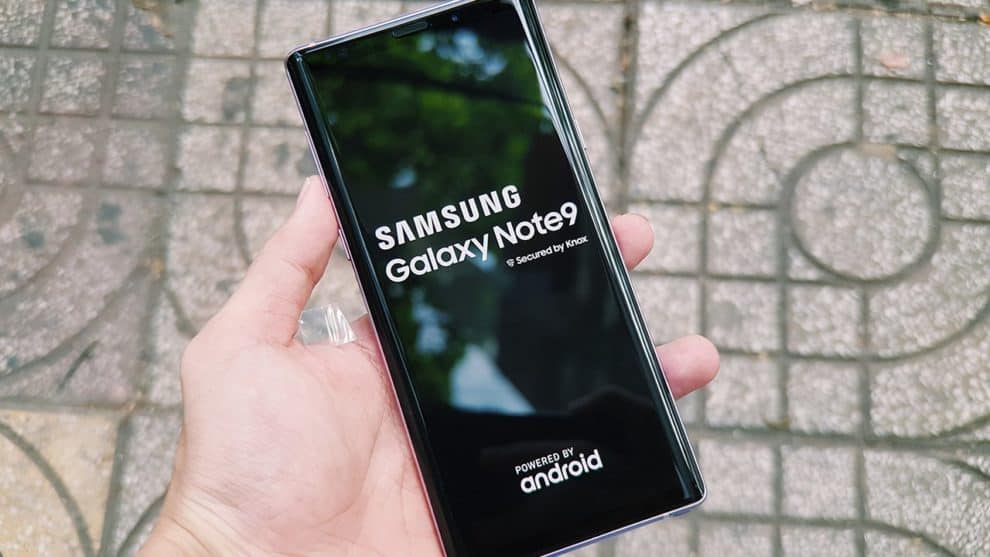 Having waited for almost a month to receive the stable version of One UI 2.1, American Galaxy Note 9 users, who are also T-Mobile customers have now started receiving the update. No doubt, the new update comes with a lot of improvements to the former flagship, including exposure while recording video, new camera features, updated AR Emoji, and a Quick Share feature. With the share feature, T-Mobile & Galaxy Note 9 users can now be able to quickly beam files to close-by Samsung devices. So far, a few users are already switching to the new update. However, it looks like the One UI 2.1 update also comes with display resolution issues, as users have started complaining about them.

Let’s have a quick look at some of the complaints so far by T-Mobile & Galaxy Note 9 users.

According to reports across different social media platforms, including Reddit, a lot of T-Mobile users have started complaining about experiencing display issues on their Galaxy Note 9. As per the complaints, the issue started after receiving the stable version of One UI 2.1 update.

While describing the display issues, a Reddit user @MrAwesomeTG said:

“The issue seems to be happening if you’re running the WQHD+ display option. If you set your display to FHD+ it should keep the setting on reboot. Of course, it is a pain to get into settings unless you have Google Assistant turned on. If you have Google Assistant turned on your phone just tell it settings and it will open up the settings. From there you have to get to display and then screen resolution and change it to FHD+.”

According to another report, a Reddit user mentioned that:

“SM-N960U 512GB Snapdragon, US, Spectrum Mobile One UI 2.1 Massive Display Problems After Update. Anyone Else?”

So far, many T-Mobile users described that the display issues cause their Galaxy Note 9 phone screen useless. They said it makes everything on their screen large by zooming, rendering the screen unusable.

“I don’t know if the issue lies with Samsung or T-mobile, but my entire display is enlarged and centered off-screen.” 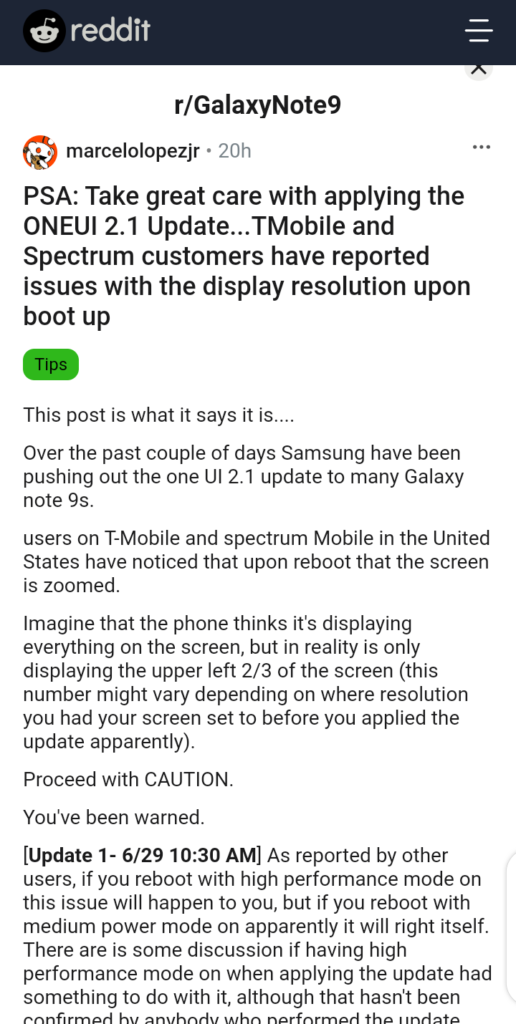 So far, we’re yet to hear of any official fix from T-mobile and Samsung for the display issues.

However, if you’re also experiencing the display issues on your phone, you might have to stop worrying too much about it. That’s because there are some workarounds that you can consider.

Firstly, if you are yet to download the One UI 2.1 update, ensure that you change your display resolution setting to FHD+ (1080p). With that, you can rest assured that after updating your device, the display settings won’t be tampered with.

Also, a few T-Mobile users suggested that the display issues occurred when they reboot their device, with high-performance mode enabled. So, to be on the safer side, it’s advisable that you do the rebooting, with a medium power mode.

Lastly, by using the Google Assistant to access your Galaxy Note 9 device settings, you can be able to fix the display issues. All that you need is to use the google feature to set your display back to FHD+.

Will Samsung Galaxy S9 And Note 9 Get The Android 11 Update?