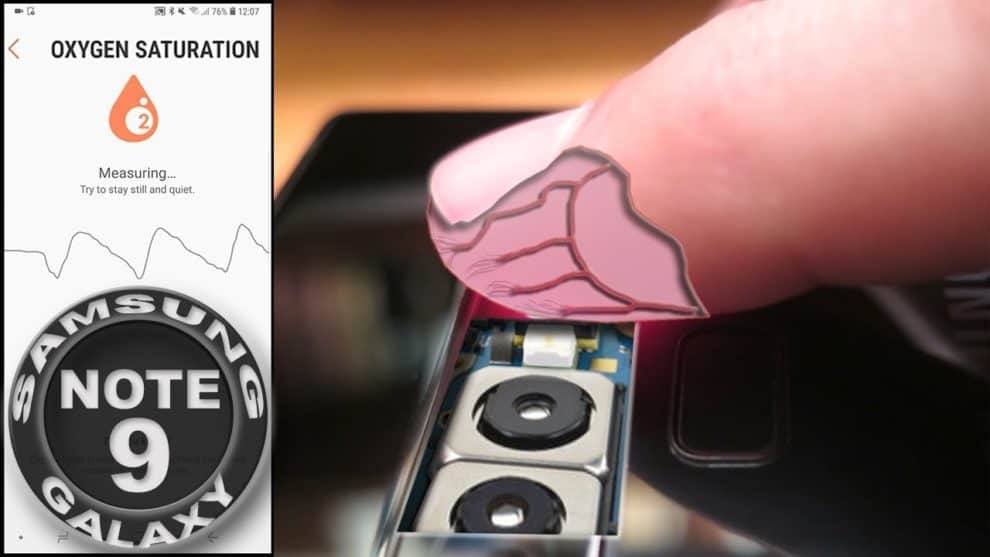 According to healthcare experts, one of the best ways to monitor coronavirus patients is by measuring their blood oxygen saturation (SpO2). That’s because it helps to detect whether or not they are having respiratory issues, even when they are breathing fine. While there are a few approaches that one can utilize to track SpO2, the most recommended by experts is using a validated pulse oximeter, as it gives accurate results. However, the devices, along with tissue paper, and digital thermometers have become scarce in the market. Now, people are turning to the alternatives, including using apps on Samsung Galaxy phones and iPhones to run the test. But if you take a look at your Samsung manual, you’ll find out there is only one white light instead of two, making them unable to give accurate measurements like proven medical devices.”

According to some Samsung Galaxy users on Reddit, they have a health feature on their phones which helps them to measure blood oxygen saturation.

“Most Samsung Galaxy flagship phones have a pulse oximeter built… Health app > Stress Measurement. Use this to monitor your levels if you are infected with COVID-19.”

Apart from that, some other users also claim they have pulse oximetry features on their smartwatches, and it can measure and give the accurate result of SpO2.

“Having a baseline and current oxygen saturation levels is helpful for monitoring your regression and recovery from COVID. I’ve recently recovered from COVID. My oxygen saturation dropped from 98% down to 92% for the week I was sick and had shortness of breath. It has since then slowly come back up. It has been great feedback to have the PulseOx data from my Fenix 6x Pro. If you have this feature, I suggest you turn it on. It will inform you when you are ready to run again.”

However, these claims have become a great concern for healthcare workers, who believe using apps on Samsung Galaxy phones could be dangerous.

Can Apps On Samsung Galaxy Phones Give Accurate Measurements?

Here’s a burning question: Can these alternatives give accurate measurements like that of the validated pulse oximeter?

Let’s face it! The answer to the question is no.

I’m sure you’re interested in knowing the reason for that.

That’s because there’s a disclaimer that mentioned that apps on Samsung Galaxy phones are not medical devices.

Besides that, a study has also shed more light on the question.

According to the study by the Center for Evidence-Based Medicine (CEBM) at Oxford University, Professor Lionel Tarassenko and Professor Trisha Greenhalgh concluded that there’s no evidence that apps on Samsung Galaxy phones can accurately measure SpO2.

The study also confirmed that a pulse oximeter gives an accurate result of SpO2 because it sends two different wavelengths of light, including red and infrared, which help the hemoglobin while it’s performing its work.

Here’s how it works:

The hemoglobin absorbs a lot of infrared light when it’s transporting oxygen. And when it’s not carrying oxygen, it absorbs more red light.

The pulse oximeter looks at both cases, calculates the difference and make an accurate reading of the SpO2.

In the case of apps on Samsung Galaxy phones, the study revealed that they only have a single white light, making them unable to give accurate measurements like the pulse oximeter. 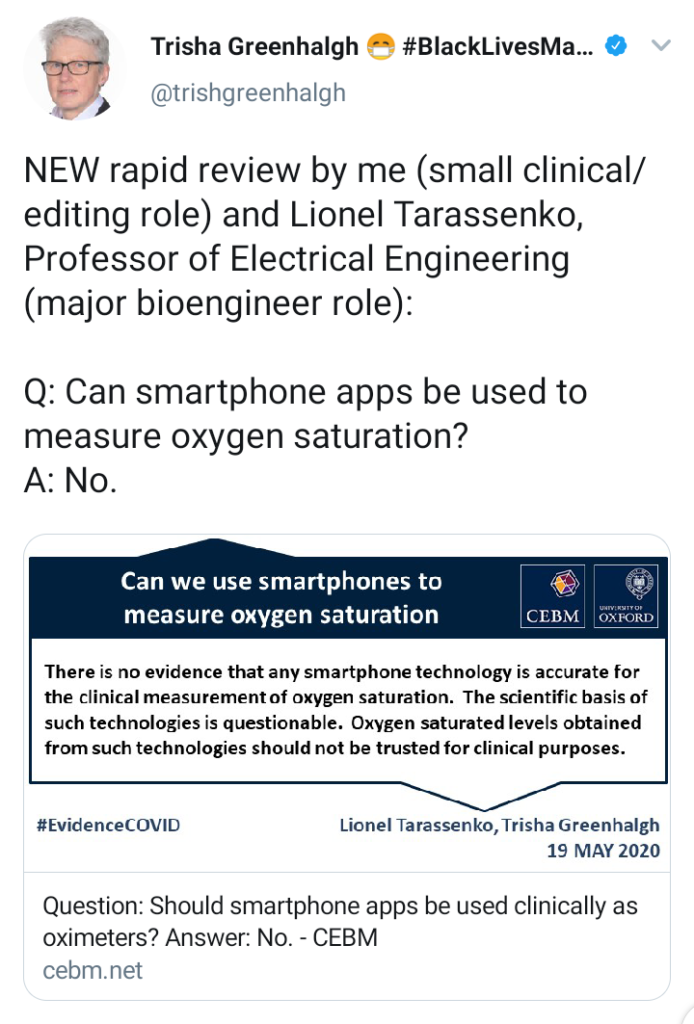 Here’s the conclusion of the study:

In case you’re unable to find the validated pulse oximeter for home-based testing, I’ll advise that you consult a reliable healthcare professional for recommendations and testing.