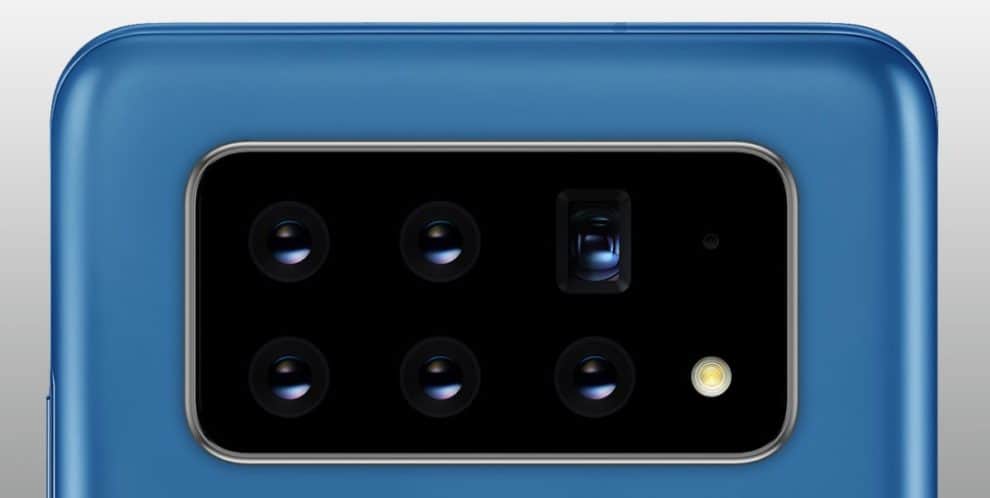 When it comes to innovative designs and impressive technologies, Samsung is one of the few brands that you can trust for it. The giant tech company was the first to introduce the 108MP camera sensor. It was also the first to come up with the modern foldable smartphone designs. Now, a new patent reveals that Samsung is working on a new phone, Galaxy S30 and it’ll feature six cameras. They’ll include five wide-angle cameras and a telephoto camera, which will be able to tilt independently.

According to a 55-page patent, discovered by LetsGoDigital, Samsung Galaxy S30 will likely come with six cameras. Samsung applied for the patent, titled “Apparatus and method for operating multiple cameras for digital photography”, in December 2019.

The six Galaxy S30 cameras will include five wide-angle cameras, with a focal length of 28mm, and a telephoto camera. They’ll help to improve the quality of images for users. In addition to the array camera, there’s also a LED Flash that’s supplemented with it.

Also, the patent reveals that each of the cameras will be able to tilt independently, optimizing the camera for higher-quality images and a broader range of scenarios. The degree to which each camera tilts will depend on the mode the user is opting for.

Here’s an illustration of how the camera will work together to give higher quality images. In case the user is opting for a panorama mode, the sensors to the right and the left can tilt towards the edges, while the camera sensors at the center can set to remain straight to capture an image. With multiple wide-angle camera setup, along with a moving sensor, Galaxy S30 users will be able to capture a panoramic image with the pano-bokeh effect.

The advantage of such setups is that multiple cameras will work hand in hand, to deliver an enhanced photography experience.

Furthermore, the patent also reveals that the camera technology can also help to produce wider videos, with a better focus range and image stabilization. Due to synchronization, the camera-module can help to capture time-synchronized image frames, which are vital especially during video recording with high frame rates.

The Zoom camera can work together with a wide-angle camera to deliver higher-quality images. The patent further refers to the feature as a pop-out mechanism. That’ll be capable of adjusting the camera’s focal length to deliver better zoom images. Since the camera technology can consume enough energy, only the cameras in use are started up.