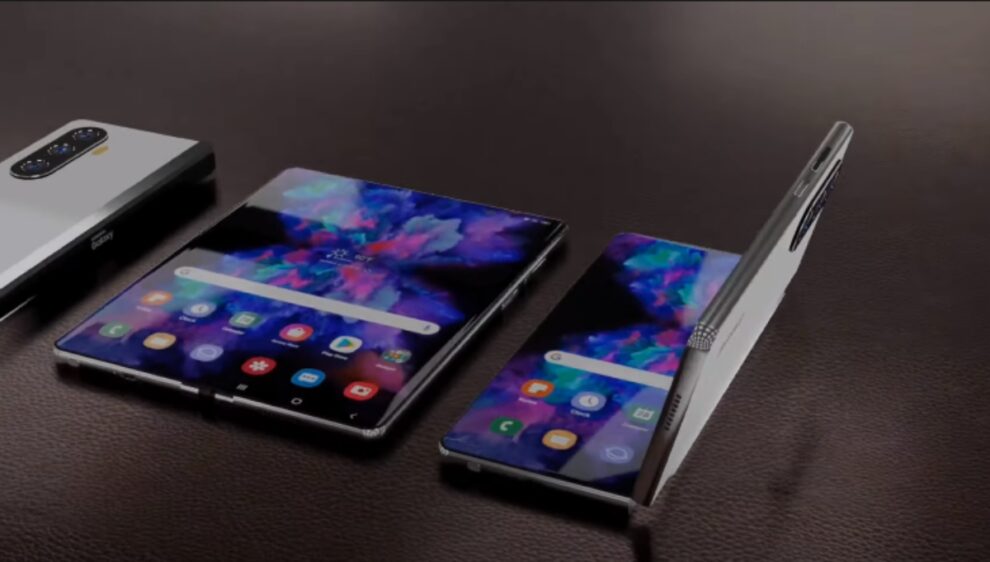 The new smartphone in the Galaxy Z Fold series is a great fusion of style and functionality. It is expected to be sleek and lightweight and available in various colors.

There is also speculation about a better resolution which will improve the display quality. The device is also expected to be more durable and provide a satisfactory experience to tech lovers.

Some more features such as a better camera, connectivity options, and a bigger processor are also rumored. Let us look at the release date, specifications, and other rumors.

The Elec also stated that Samsung is planning to sell over 10 million Fold 5 and Flip 5 units in 2023. According to the report, only 2 million of those will be Fold 5 phones.

After the major success of foldable phones, this can be a good number for Samsung. However, the figure is quite low considering this year’s sales. As per The Elec, Samsung expects demand to drop next year due to the Ukraine war and COVID-19, along with the economy and a recession.

Foldable phones are generally quite expensive as they are engineering marvels. Therefore, it is no surprise that the Galaxy Z Fold 4 is priced at around $1800. The device has always been priced quite high as they have impeccable displays that can bend so effortlessly without breaking. The 2023 foldable phone is expected to be priced at over $2000.

The Galaxy Z Fold 5 is rumored to arrive with an extravagant 7.6 inches (19.30 cm) display along with a resolution of 1768 x 2208 Pixels. The larger-than-life display will make virtual content come to life.

The upcoming phone might also have the Android v11 operating system. It is also rumored to house e a 4500 mAh battery that will allow one to use the phone for a longer duration without battery drainage.

According to The Elec, a South Korean publication, the Galaxy Z Fold 5 will be equipped with Qualcomm’s Snapdragon 8 Gen 2 next-generation flagship processor. The mobile application processor is a next-generation chip that is expected to be unveiled at the end of 2022.

Elec has previously reported on future technologies from South Korean companies. “Samsung Electronics has fully utilized Qualcomm’s mobile AP for its foldable phone series, and it is expected to continue this trend next year,” according to Elec.

The Galaxy Z Fold 4 has a Snapdragon 8+ Gen 1 processor reported to be quite fast and efficient. So the second generation of the advanced processor will have even more amazing results.

The device is also expected to provide a faster and lag-free browsing experience for users. So one can watch and stream videos, play heavy and intense graphics games, and browse multiple websites without any interruption. All this will be possible because of Octa-core (1×2.84 GHz Kryo 680 & 3×2.42 GHz Kryo 680 & 4×1.80 GHz Kryo 680) processor.

Moreover, the phone will be equipped with 12 GB of RAM which will allow users to switch between multiple apps faster. It is also possible that the phone will have 256 GB of internal storage. This would be a treat for people who love to store memories on their phones. And for those who want to download films, games, and songs on the phone without fretting about space limitations.

There is speculation about Samsung’s ISOCELL GN3 sensor is part of the primary rear camera. It is a 50-megapixel sensor with a 1.0 μm pixel size, according to T3. Photographers will be able to use the phone for portraits and professional photography.  Some additional features on the camera setup could include Digital Zoom, Auto Flash, Face detection, and Touch to focus. Moreover, one can up their selfie game and look great on video calls as the Fold 5 is rumored to have a 16 MP + 10 MP front camera.

Other advanced connectivity features on the Samsung Galaxy Z Fold 5 are expected to include Wi-Fi 802.11, b/g/n, Mobile Hotspot, Bluetooth, and 5G supported by the device. Also, sensors on the device might include, Proximity, Compass, Accelerometer, and Barometer.