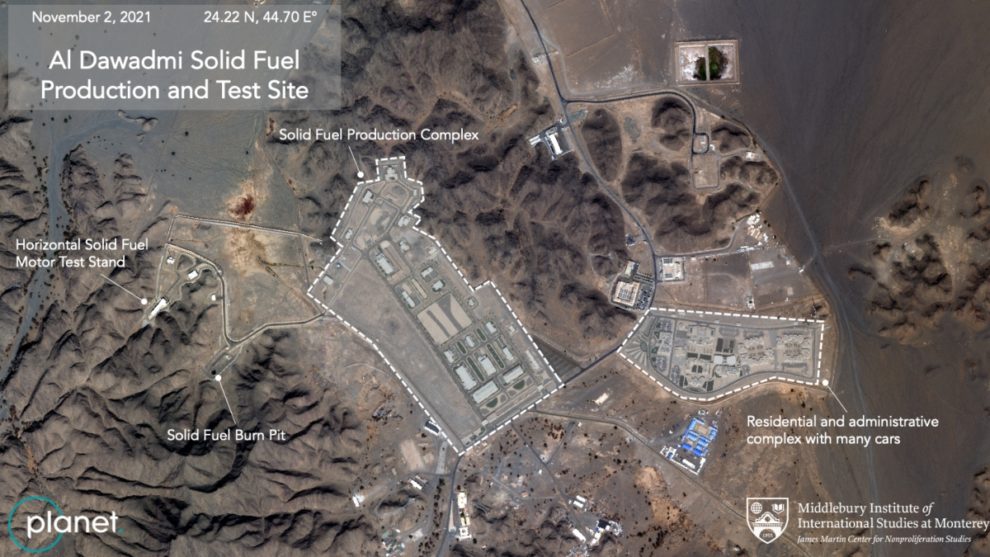 The news outlet obtained satellite images that suggest Saudi Arabia is currently manufacturing the ballistic missiles in at least one location. Three sources told CNN that Saudi Arabia has certainly bought missiles from China in the past but hasn’t been able to manufacture its own until now.

CNN asked Chinese officials if they had recently transferred missile technology to Saudi Arabia. A spokesperson for the Chinese Ministry of Affairs told the news outlet in a statement that Saudi Arabia and China are “comprehensive strategic partners” that have “maintained friendly cooperation in all fields, including in the field of military trade.”

Implications from the report

If what U.S. intelligence has been said to uncover is true, it would have sweeping impacts for the Middle East and cause complications for the Biden administration’s efforts to hold back Iran’s nuclear efforts. Iran is Saudi Arabia’s top rival in the region.

The administration now must consider whether Saudi Arabia’s advancements in missile technology will dramatically alter the dynamics of power in the Middle East. They could also make it more difficult for the Biden administration to expand the terms of the nuclear deal with Iran. Officials had hoped to convince Tehran to stop manufacturing ballistic missiles, but it probably will not do so if Saudi Arabia is building its own.

A weapons expert and professor at the Middlebury Institute of International Studies told CNN that officials have paid a great deal of attention to Iran’s missile program while largely ignoring Saudi Arabia’s efforts. If Saudi Arabia is building its own missiles, diplomatic efforts to control proliferation would probably require the involvement of other nations in the Middle East that build their own missiles, like Israel.