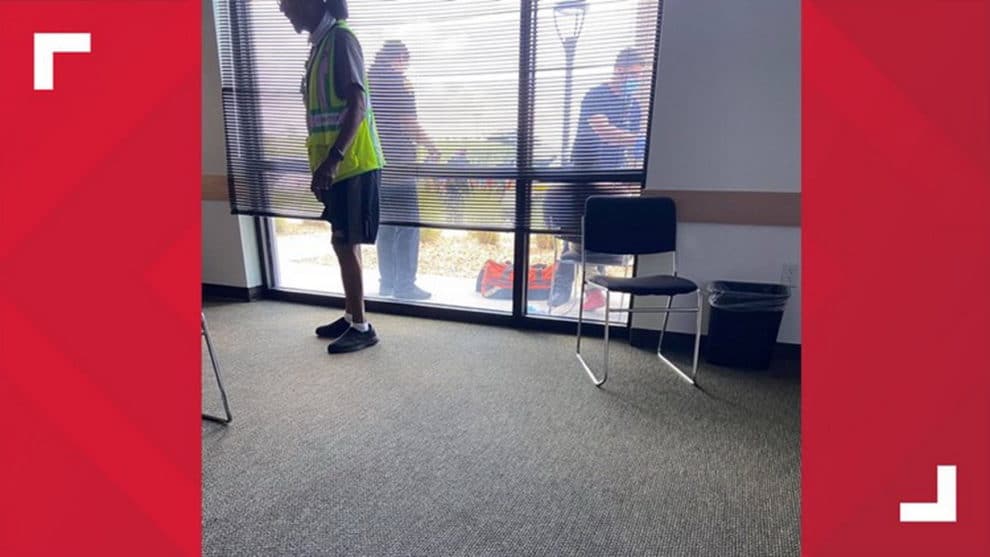 Police and fire rescue teams are responding to a shooting on Pecan Park Road at the Amazon fulfillment center in Jacksonville, according to reports.

Officials say two suspects got out of a car, started shooting, and then ran away.

Authorities say the victims were standing in a line outside to apply for a job.

NOW: JSO briefing on shooting at Amazon fulfillment center. Man in line for job applications when two suspects, 20s, got out of a silver vehicle & shot him. 2 other men shot, but expected to be OK. Suspects got in getaway car & had a driver. Does not appear to be random.

Robert Bradfield shared a photo of a man being treated by paramedics inside the Amazon facility at the time of the shooting. The extent of his wounds was unclear. An Amazon employee tells the photo was taken from the facility’s first-floor break room, The First Coast News reported.

This pic is from someone inside the Amazon building off Pecan Park Road. @JFRDJAX investigating a shooting that happened here this afternoon. Working to find out more. (Man in photo being treated by paramedics. Unclear of his injuries). @FCN2go pic.twitter.com/AbUMLm58qD

An eyewitness reported the incident occurred inside the packing facility, and said that the shooter fired 14 shots.

The Jacksonville Sheriff’s Office is investigating the shooting.