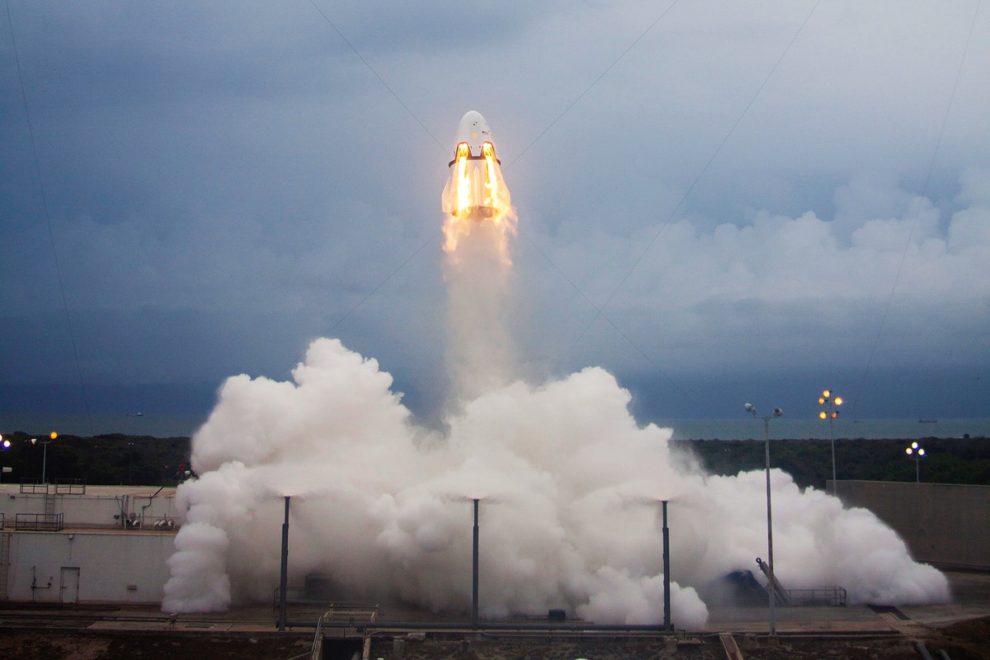 Three Russian cosmonauts blasted off to the International Space Station Friday, as Moscow’s military intervention in Ukraine brought the Kremlin’s relations with the West to their lowest point since the Soviet era.

Russian space veteran Oleg Artemyev and rookies Denis Matveyev and Sergei Korsakov set off at 1555 GMT, a NASA live feed showed, beginning a three-hour ride to the orbital lab where they will be greeted by a crew of two Russians, four Americans and one German.

In the years since Russia’s 2014 annexation of the Ukrainian peninsula of Crimea triggered a first wave of Western sanctions, space has proved an outlier of cooperation between Moscow and its American and European counterparts.

But tensions even in this field grew after Russian President Vladimir Putin appointed nationalist ally Dmitri Rogozin — an enthusiastic supporter of the current invasion — as head of the space agency Roscosomos in 2018.

“If you block cooperation with us, who will save the ISS from uncontrolled deorbiting and falling on US or European territory?” the Roscosomos head wrote in a tweet last month — noting that the station doesn’t fly over much of Russia.

The ISS, a collaboration among the US, Canada, Japan, the European Space Agency and Russia, is split into two sections: the US Orbital Segment, and the Russian Orbital Segment.

At present, the ISS depends on a Russian propulsion system to maintain its orbit, some 250 miles (400 kilometres) above sea level, with the US segment responsible for electricity and life support systems.

NASA, has said that it “continues working with all our international partners, including the State Space Corporation Roscosmos, for the ongoing safe operations of the International Space Station.”

In the latest blow to cooperation in space between Russia and the West, the European Space Agency (ESA) said Thursday that it was suspending participation in a Russian-European mission to land a rover on Mars.

Rogozin called the decision “bitter” but pledged that Roscosmos would carry out the mission on its own.