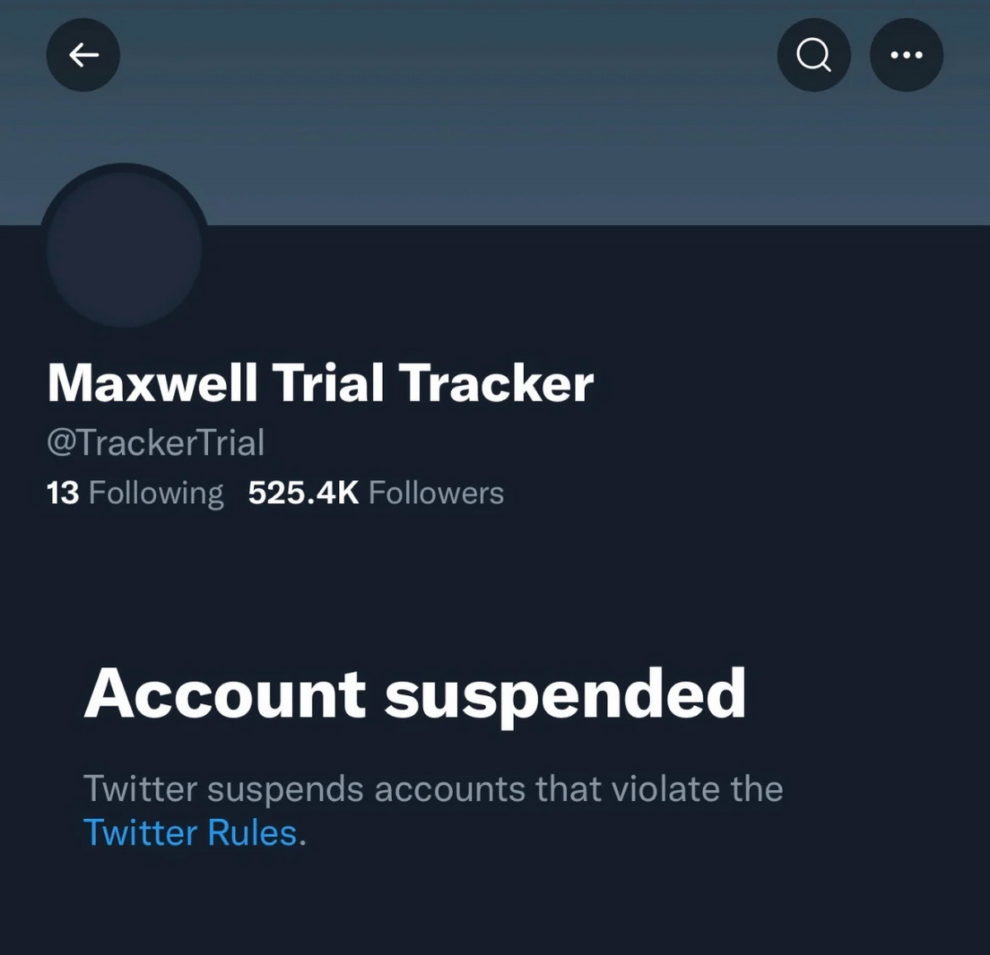 @TrackerTrial, a Twitter account with more than 525,000 followers that provided regular updates on the Ghislaine Maxwell trial, has been suspended. 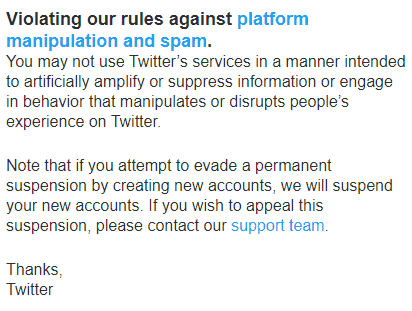 The Free Press Report wrote on the PatriotOne substack, “I woke up this morning and the @TrackerTrial account on Twitter was suspended. All the other accounts that I have made in the past were also suspended.”

“The account got insane engagement, which by the way, was all organic. There was not outside amplification. The people wanted to hear the truth about the Ghislaine Maxwell, and Jeffrey Epstein trial and the engagement numbers showed that,” The Free Press Report wrote. “There were hundreds of millions in impressions and an account that went from zero to over 525,000 followers in a couple of weeks. All we did was report information from the trial that the mainstream media was failing to do.”

According to the Substack article, the @TrackerTrial account was suspended for allegedly violating Twitter’s “rules against platform manipulation and spam.”