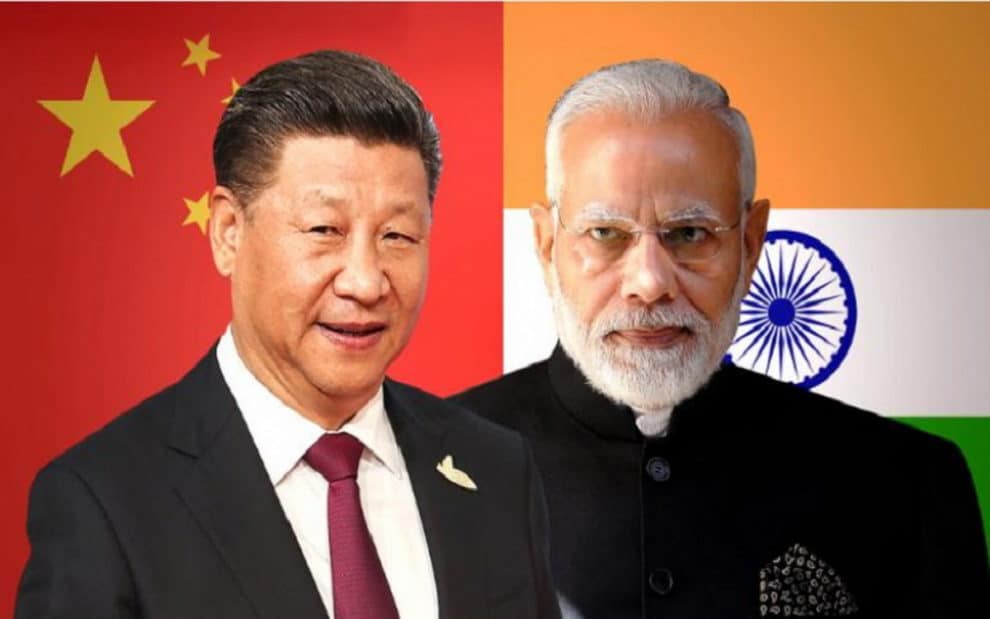 The US is supporting India towards a military confrontation with China on its land border and in the Indian Ocean. The Principal Deputy Assistant Secretary of State, Bureau of South and Central Asian Affairs, who is about to retire from her State Department job at the end of May, has accused China of orchestrating border clashes with India to try and change the status quo. On May 20, Alice Wells, the leading U.S. diplomat in South Asia, spoke during an online discussion at the Atlantic Council, one of the largest U.S. research organizations, about the India-China border.

In a conversation with Richard Verma, who served as the U.S. ambassador to India for the 2014-2017 term, she pointed out the similarities between growing skirmishes in the Himalayas and Chinese actions in the South China Sea. Alice Wells called China’s activities on the border with India and in the South China Sea an ongoing effort to change the rules and the status quo. The U.S. diplomat spoke out against China’s actions, both in the South China Sea and on the border with India, as well as in the Indian Ocean. Wells said that China’s growing military presence on the border with India, where clashes were not uncommon, had become a cause of concern for New Delhi. According to her, the problem is becoming more serious as China strives to shirk responsibility and spread false information.

The U.S. has always advocated tensions between India and China. This is one of the tools to implement their Indo-Pacific Strategy, aimed at increasing influence in South Asia. Wells said China’s behavior explains why “like-minded nations” are now “rallying” with each other under a handful of diplomatic groupings such as the ‘Trilateral’ (the US, Japan, and India) and the ‘Quadrilateral’ or ‘Quad’ (US, Japan, India, and Australia).

Her statement is clearly in line with the current strategy of U.S. President Donald Trump’s administration to continue to discredit China’s reputation in the context of blaming it for the coronavirus pandemic. The U.S. is conducting an anti-China campaign and is trying to draw all their global allies into these efforts.

However, despite U.S. support for New Delhi in the border dispute with China, Washington has not been able to incite India to take unilateral actions. In the context of coronavirus issues, even the Indian military recognized that it is now necessary to focus on health issues and the economy, and not border skirmishes. They are willing to accept the fact that Indian Prime Minister Narendra Modi is redistributing forces and assets in favor of the civil sector.

China’s restraint and ability to gain mutual understanding with India does not allow the U.S. to achieve its strategic goal for an Indo-China confrontation. India appreciates independence and New Delhi probably does not want the U.S. to use India as a means of restraining or confronting China.

The Indo-Pacific Strategy is one of the most important foreign policy means of the Trump administration to pressurize China. In June 2017 there was a minor conflict between China and India on the Doklam Plateau, and in November of the same year, the U.S. proposed the concept of the Indo-Pacific Strategy at the APEC Conference in Vietnam. The gap between these two events is only a few months. It is no coincidence that many analysts believe that the Sino-Indian confrontation has influenced Trump to shape this strategy. China, for now, has maintained its restraint, seeking to gain mutual understanding with India, so Washington was still unable to achieve its strategic goals. The Trump administration relies heavily on provoking disputes to worsen conflicts between different countries and China. In this way Washington makes these countries strategically dependent on the US. However, the problem is that the U.S. strategy often clashes with India’s national interests and cultural traditions. But New Delhi does not want the U.S. to use India as a tool.

Well’s statement is provocative and this is evident in the context of the complex situation in the border disputes between China and India. Well’s words are even seen as American support for India’s territorial claims against China, which could make the situation on the Sino-Indian border more explosive and riskier, especially at a time when only this month there were two encounters involving dozens of soldiers from both sides.