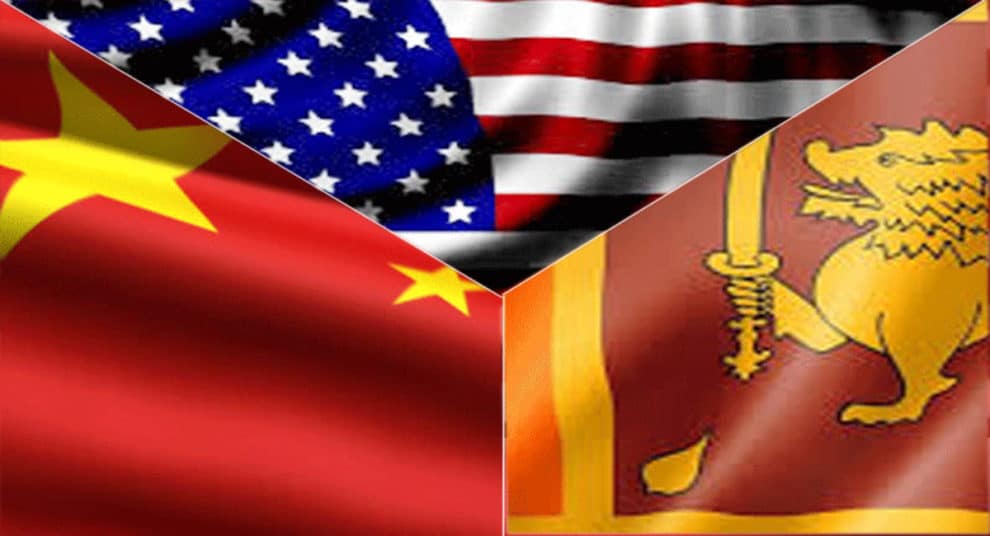 Sri Lanka has become the scene of a new battle in the trade war between China and the US. The growth of the Chinese presence in the country has led Washington to a strong concern, materialized in Mike Pompeo’s visit to Colombo in October. But even the strong American pressure was not enough to prevent the advance of Chinese investments and this is taking the American government to a drastic measure: to cancel the development aid that it had promised to Sri Lanka.

A strong Chinese presence in Colombo leads the US government to cancel a cooperation agreement, but this will only further benefit Beijing’s progress in the country.

The official statement about the end of the aid program came through the US Embassy in Colombo on Thursday, December 17. The Embassy confirmed that the Millennium Challenge Corporation (MCC) fund that had been approved for aid to Sri Lanka will now be redirected to other strategic partners. According to Washington, Sri Lanka showed a lack of involvement and interest in the alliance – which is due to the fact that it continued to cooperate economically with China, in parallel with the US.

This agreement was part of a cooperation program between the US and Sri Lanka established during the previous government of Ranil Wickremesinghe in the last year of his term. At the time, Wickremesinghe faced strong resistance at the congress due to the lack of transparency about the nature of the agreement. Its critics say the terms are unclear and claim that the program could simply be an excuse to guarantee American military advance in the region. The MCC, however, says it is a cooperation program whose sole purpose is to help reduce poverty in the Asian country, without any political or military interest related to it. Currently, MCC has partnerships of this type with approximately 30 countries in different regions of the planet, totaling more than 13 billion dollars invested in these programs. In the case of Sri Lanka, the agreement provided for an investment of 480 million dollars.

Relations between the US and Sri Lanka have deteriorated greatly over the past few months. Gotabaya Rajapaksa’s government has been characterized by a moderately pro-Chinese stance, which was enough to irritate Americans. The Trump Administration went to the extreme of banning the entry of Sri Lankan Army Chief, General Shavendra Silva, into American territory. Shavendra Silva is considered a national hero in his country but has entered the Washington blacklist due to alleged human rights violations that would have been committed on the battlefield during the civil war. Obviously, it is fair to punish someone for violating human rights, but strangely this denunciation by Washington only appeared after the beginning of the deterioration of relations between the two countries.

The definitive point of tensions occurred in October, when Washington tried to “recover” Sri Lanka by sending Secretary of State Mike Pompeo to Colombo. During a 12-hour visit, Pompeo met with local authorities and made several public statements attacking China, saying that the only way for Sri Lanka to become a strong and sovereign country is through strategic cooperation with the US. On the same occasion, Pompeo said that Chinese behavior is “predatory”.

Also in October, US Principal Deputy Assistant Secretary Dean Thompson said that Sri Lanka needs to make some choices that would be necessary, albeit difficult – and said that such choices would be the only way to guarantee the country’s economic development. In other words, Thompson said that Sri Lanka needs to abdicate from relations with China in order to develop, which is absolutely unrelated to reality. China has already invested nearly 8 billion dollars in infrastructure projects in Sri Lanka. Colombo Port City and Hambantota Port are Chinese buildings. Still, Beijing has been providing billionaire loans to Sri Lanka since 2005, with long repayment terms and even forgiving some debts. This is not the typical “predatory” behavior, much less seems that Sri Lanka’s abdication from ties with Beijing is a condition for development.

What happens, however, is that Washington continues to act with a war mentality. Sri Lanka accepts cooperation agreements with Washington and Beijing simply because it is a sovereign country with its own interests and does not want to take part in a trade conflict that does not concern it. Sri Lanka’s stance is sovereign and not aligned and the country will continue to make deals with any power that helps to deal with its main social problems. Washington will certainly put Sri Lanka on its blacklist from now on and impose sanctions and blockades, but it is the Americans who have the most to lose from it. Without American help, Colombo will seek even more Chinese support and Beijing will have a geographically strategic ally on its side, further reducing the American presence in Asia.

Chinese ship docks in Sri Lanka despite India, US concerns

Sri Lanka raises electricity tariffs by up to 264%