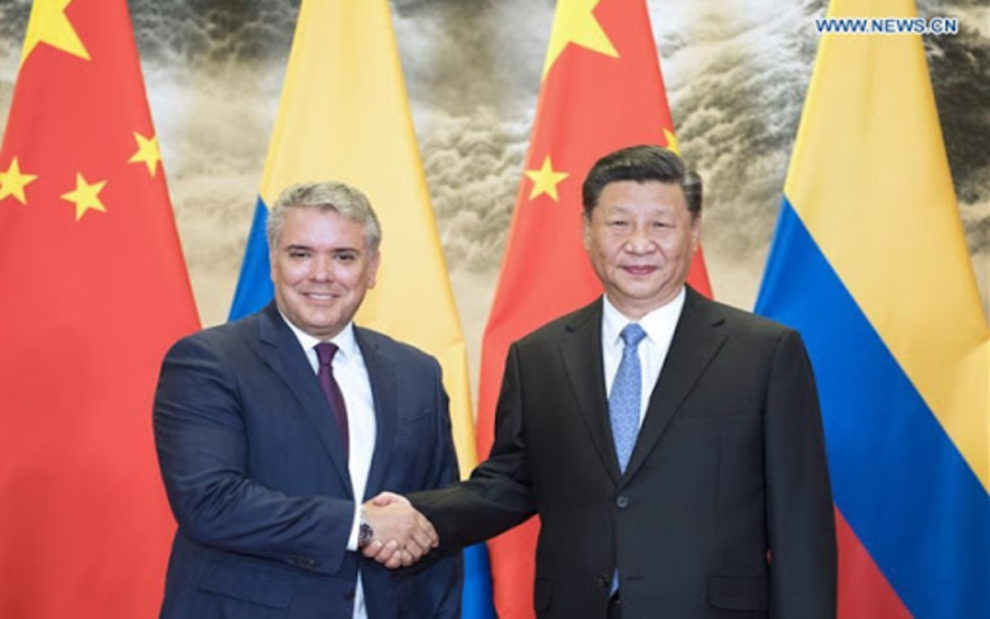 China is about to accomplish a historic act in Colombia. In 1942, when Bogotá had 380,000 inhabitants, a project was launched to build the urban metro. After more than 75 years and with 8 million people, the work finally seems real, thanks to Chinese efforts, already valued at more than 3.5 billion dollars. The Bogota metro is one of the most important infrastructure works in Latin America today. A promising business that begins to materialize after seven decades of broken promises and unfinished projects. The work was attributed to two Chinese companies and the first line is expected to start operating in the second half of 2028. This line will be 24 kilometers long and will directly benefit almost 3 million inhabitants. The first line will be elevated and will go from the city of Bosa, a popular area of more than 600,000 inhabitants, to the southwest, crossing the city diagonally to Avenida Caracas with Calle 78 to the north.

Asian country will promote historic work in the Colombian capital and take advantage of the moment to gain space and influence in South America.

Bogotá is one of the five megacities in Latin America along with Buenos Aires, São Paulo, Lima, and Mexico City. And it is precisely the only city on the list without a metro system or any other form of public transport. As expected, public service is not enough, congestion in the Colombian capital is kilometers long and environmental pollution due to the emission of gases has reached intolerable levels. Currently, there are 1,315,000 cars in the country’s capital, as well as 410,778 vans and 514,947 motorcycles. The public transport system consists of articulated buses known as Transmilenio or TPR. Such buses, when inaugurated – in 2000 – were considered a great innovation and received several awards, but with the exponential increase in the number of passengers, congestion and obstruction of city traffic, the system has become obsolete and scrapped, receiving today several criticisms.

The consortium chosen for the metro construction was the APCA Transmimetro, formed by two Chinese companies, China Harbor Engineering Company Limited (Chec) and Xi’An Metro Company Limited, which have already participated in the construction of this type of transport in several cities around in the world, such as Caracas, Dubai, and Malaga. The selection process lasted 15 months, with the Chinese consortium being chosen due to the fact that it presented the most favorable economic conditions. Although the project is old and these Chinese companies have already participated in similar operations in different regions of the planet, it is undeniable that such work represents something far beyond mere business for Beijing. Colombia is Washington’s largest South American ally, being a NATO partner country and a true American military base in the South, serving as a center of operations for the Pentagon’s strategic programs for the entire South American region. Therefore, in a context of increasingly intense trade war, the approach of a major American partner to Beijing must be carefully analyzed. Every form of business between China and an American ally currently represents much more than mere trade or agreement of interests, being a real geopolitical maneuver. This becomes even more evident when we consider the US domestic political and social context.

With an uncertain political future, turbulent elections, accusations of fraud and judicialization, American democracy is truly in crisis. More than that, Washington’s entire strategy to secure American global power is also in crisis. While the US is sinking into an internal crisis, China, with its political and economic stability and its well-defined international strategy, seeks to expand its ties with nations historically allied with Washington, gradually reducing the area of American influence. By guaranteeing the completion of a Colombian project of seventy years, Beijing is taking space in South America and, consequently, taking a great geopolitical leap towards overcoming American hegemony.

With Trump, Washington adopted a strategy of global retraction and greater regional focus. Trump’s foreign policy can be defined as a “new Monroe doctrine”, or, in other words, greater attention to the consolidation of American power on its own continent. This was evident, for example, with Trump’s attitudes towards Venezuela, while he sought to significantly decrease the number of American soldiers in the Middle East. With Biden, this situation can change. The new president-elect openly has a focus of attention in the East, promising to increase American troops in Iraq and Syria again, while the American continent does not appear so frequently in his speeches.

China will certainly take advantage of this moment. Beijing already has a strong influence in Central America, where it makes heavy investments in infrastructure and guarantees its space in the center of the American continent. Now, the way is open for the Chinese occupation of the South. Attracting Colombia, Beijing removes the main American ally from Washington’s sphere of influence and opens the way to a new horizon of possibilities for Bogota and the entire South America.

Fresh clashes in south China as authorities warn of ‘crackdown’