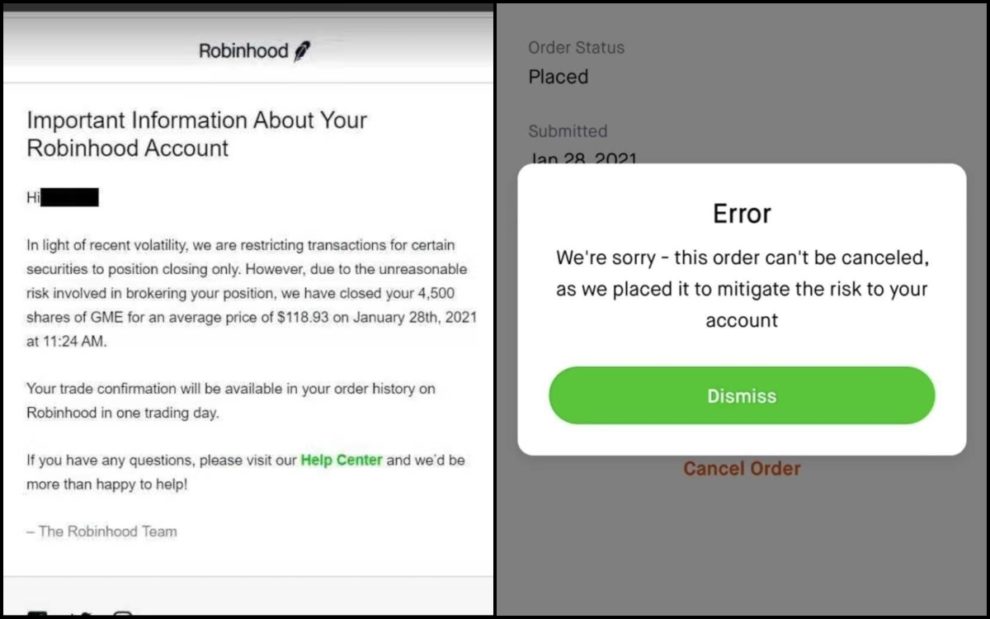 Users accuse Robinhood, a stock trading platform, of automatically selling shares of the customers, according to several tweets and screenshots posted by the users on Twitter.

Earlier today, two customers of Robinhood Markets sued the company after it restricted the transactions of GameStock and other stocks. The big rally in these stocks was fueled by Reddit-inspired traders on r/WallStreetBets.

On Thursday, in federal litigation filed in Manhattan and Chicago, Robinhood was named as a defendant.

FXHedge tweets, “ROBINHOOD AUTOMATICALLY SELLING SHARES OF $GME OF SOME CLIENTS FOR THEIR OWN GOOD”

Here are the screenshots from the users, who have accused Robinhood:

They are automatically selling shares. pic.twitter.com/o9XCdL9ND1

However, one user said the screenshot can be manipulated. “Deleted that tweet about RobinHood automatically selling people’s shares. Not seeing a lot of corroboration besides screenshots which can be manipulated so gonna chill on that for the moment,” Jon wrote in a tweet.

Several users are inquiring about the alleged screenshot posts that says Robinhood is selling shares automatically. One user wrote, “Seeing some people post that RobinHood is automatically selling their $GME shares without their permission, at unusually low prices. Has anyone else seen this? Can anyone confirm that this is 100% what’s happening?”

Disclose.tv, a popular account on Twitter with thousands of followers also reported on it, “Robinhood app has reportedly begun to automatically sell shares of $GME for some customers, “for their own good.”

One user shared a screenshot of the platform with Insider Paper and accused Robinhood of canceling his AMC shares order.

“I bought AMC Shares and they said I cancelled the order and I did not!!!!”

We have reached out to Robinhood and will update this story as soon as we hear from them.

UPDATE 3:32 PM EST: In response to customer complaints that they were forced out of their positions, a Robinhood spokesperson said this: (Source) 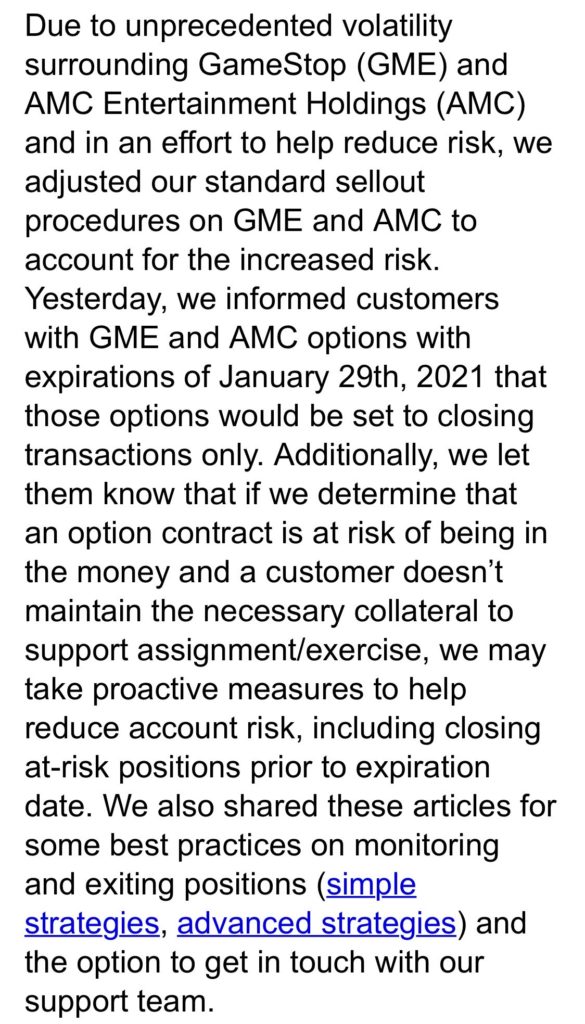 NOTE: Insider Paper could not verify the legitimacy of the alleged screenshots shared by the users on Twitter and other social media platforms.