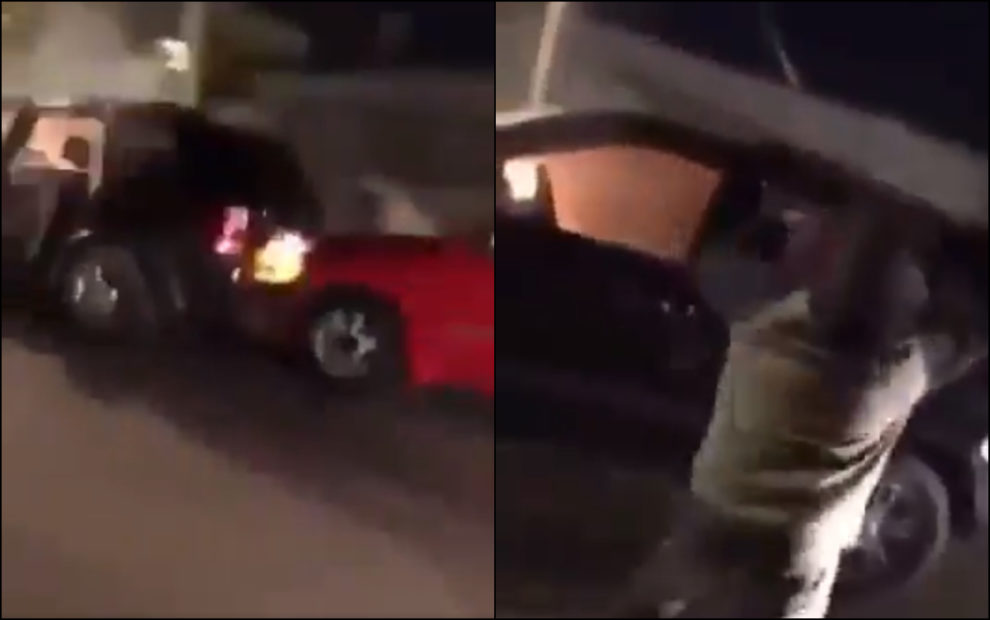 A viral video surfacing from Chicago shows a black man beating up a woman. The video shared on Twitter shows a man brutally beating up a woman and dragging her on the road, the man then proceeds towards the car that apparently is on fire. The woman is seen attempting to reach her car, reports on social media suggest that the woman’s husband was stuck in the car. It is unknown what motivated this heinous act. The woman is heard saying something in the video, many people speculate that she says, “I just want to help my husband.” The video shows the car on fire with a man inside.

The man can be heard yelling, “F*CK TRUMP B*TCH, SHUT THE F*CK UP B*TCH”. Several people commented that the video displays extreme graphic violence, viewers sensitive to such content are advised not to click on the link to the video.

The context of the incident is unknown, it is uncertain what motivated the incident. It appears that the incident was purely motivated by hatred and anger. The man is heard voicing hatred against Trump,  the feud might have risen out of an election debate. However, it is important to note that such behavior is unacceptable no matter what the circumstances. Violence is never the answer.

A life of dignity, security, and protection is a fundamental right of every citizen, these rights must not be violated in any given circumstances. The citizens are guaranteed these rights simply by virtue of being citizens of the United States.  The incident is a blatant violation of the rule of law.

The authorities did not reveal any information regarding the incident. It is unknown whether the presumed husband in the car was saved or not.