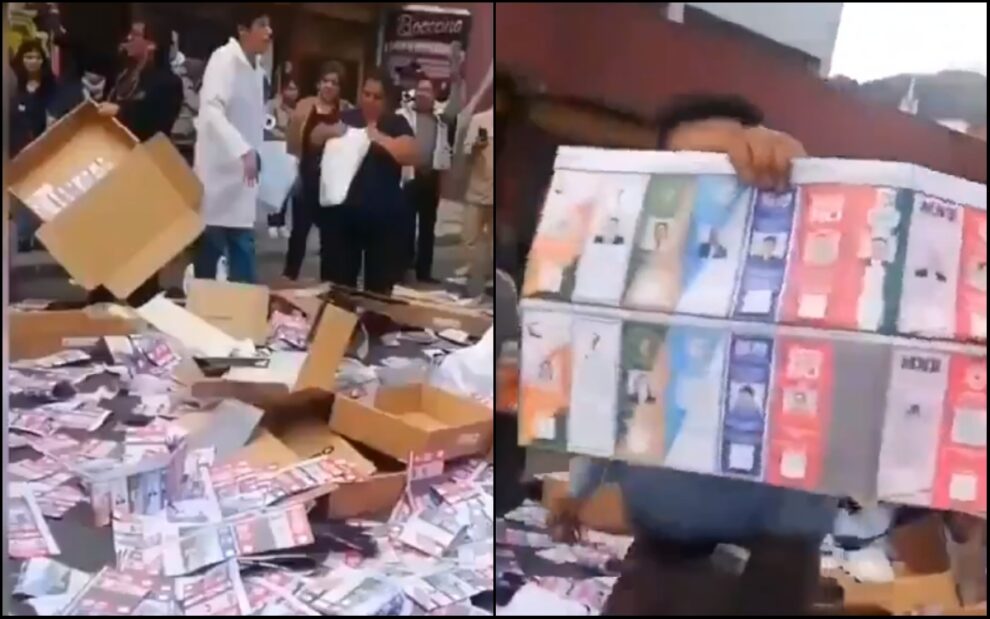 A short video clip is doing rounds of social media showing people in Bolivia near a van with tons of pre-marked ballots for former President Evo Morales of Movement for Socialism. Video clip, which is going viral now, was actually recorded in 2019 – during the general elections in Bolivia.

The video is posted on social media with the following statement added to its description:

“Bolivia, a van carrying presidential election ballots is intercepted by civilians, showing the ballots already marked with a vote for the candidate and current Bolivian president Evo Morales”

Besides Morales name the video shows that the vote was also pre-casted for Luis Arce, the member of same ‘Movement for Socialism’ party.

Evo Morales resigned as president of Bolivia after the military called for him to step down and the police force withdrew their support after weeks of violence over disputed election results.

Morales in his last address to nation said, “I want to tell you, brothers and sisters, that the fight does not end here. We will continue this fight for equality, for peace.”

“The massive electoral fraud attempt delegitimised Evo Morales, who had the right attitude and resigned in the face of popular outcry. Brazil will support a democratic and constitutional transition,” the then-Brazilian foreign minister, Ernesto Araújo, said during 2019 elections.

Jeanine Anez, who succeeded Evo Morales as interim president for a year in 2019, was later arrested and removed for coup attempt.

Currently, Luis Arce is serving as 67th President of Bolivia.