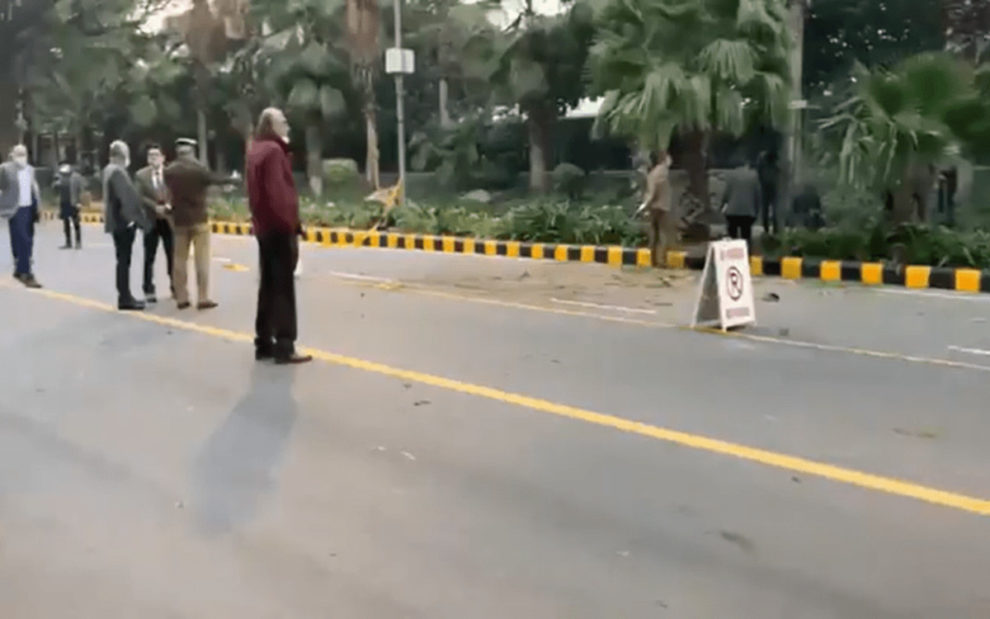 A low-intensity explosion happened near the Israel Embassy in Delhi, local news channels in India report.

The nature of the explosion being ascertained. According to videos and photos, some broken glasses can be spotted at the scene.

There are no reports of injures so far. The police and other law enforcement officials are further investigating the explosion incident near the Israeli embassy.

The blast took place near a footpath. Windscreen glasses of several cars parked on the opposite side of the road were damaged in the explosion.

A fire brigade official told local media that a call was received around 5.45 pm about an explosion.

Israeli Foreign Ministry confirmed the explosion and that no one was hurt in the incident.

Today, the two countries are celebrating their 29 years of India-Israel diplomatic relations.

Videos: Explosion near the Israeli embassy in New Delhi

#WATCH | Delhi Police team near the Israel Embassy where a low-intensity explosion happened.

Nature of explosion being ascertained. Some broken glasses at the spot. No injuries reported; further investigation underway pic.twitter.com/RphSggzeOa