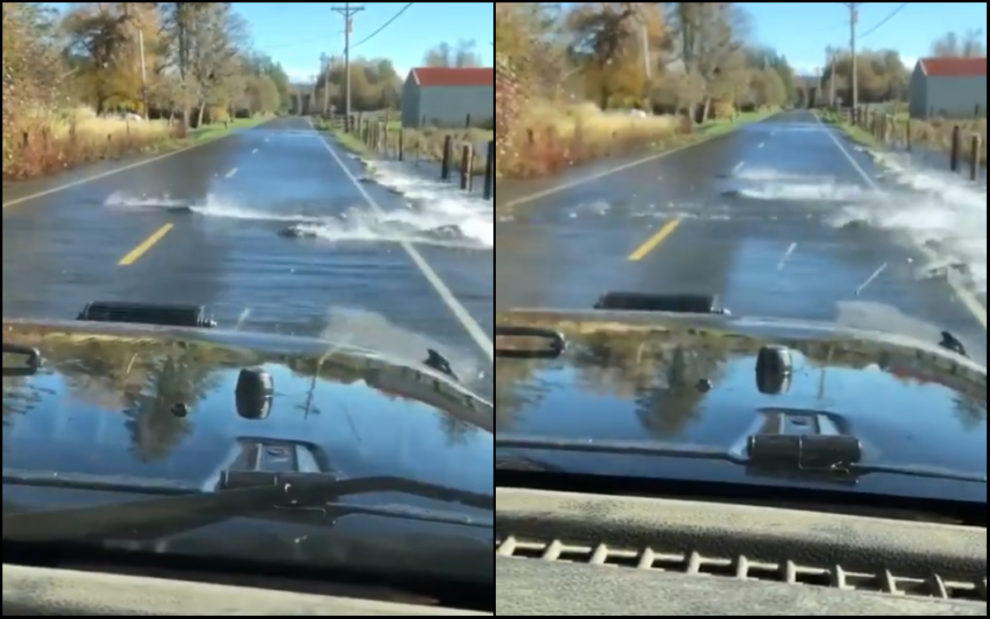 A video of fishes crossing a street has resurfaced on social media and is once again attracting thousands of likes and shares. The video is recorded by a driver driving on a wet road when he notices strides in the water made by multiple fishes crossing to the other side of the road. Nature truly is breathtaking. The video was recorded in the United States where the road was partially flooded due to heavy rains. The salmons were spotted swimming across to the other side of the road, leaving a ripple effect on the flooded road.

Reports suggest that several fishes are seen crossing roads in Washington in the month of November each year. This is when the salmon fishes migrate from the Skokomish River to other nearby places. “The river overflows its banks, and you’ll get a whole bunch of fish that’ll just follow wherever the river is, even when following the river means crossing a road,” said a resident who lives nearby. Several fishes are seen torpedoing their bodies like tiny water boats on flooded roads.

Sadly, many of these fishes die due to fertilizers in nearby fields, or they are caught by people to feast on. The phenomenon of fishes crossing the road always fascinates people. Most people are only accustomed to seeing cats, dogs or chickens cross the road. As the popular phrase inquires, “why did the chicken cross the road?” This video left many people questioning, “why did the fish cross the road?”.

It is instances and scenes like these that make humans realize that we are not the only species inhabiting the planet. The planet is home to several tiny and huge species, and each is unique and mesmerizing in their own ways. We should conserve the planet so each of these species is protected and safe.