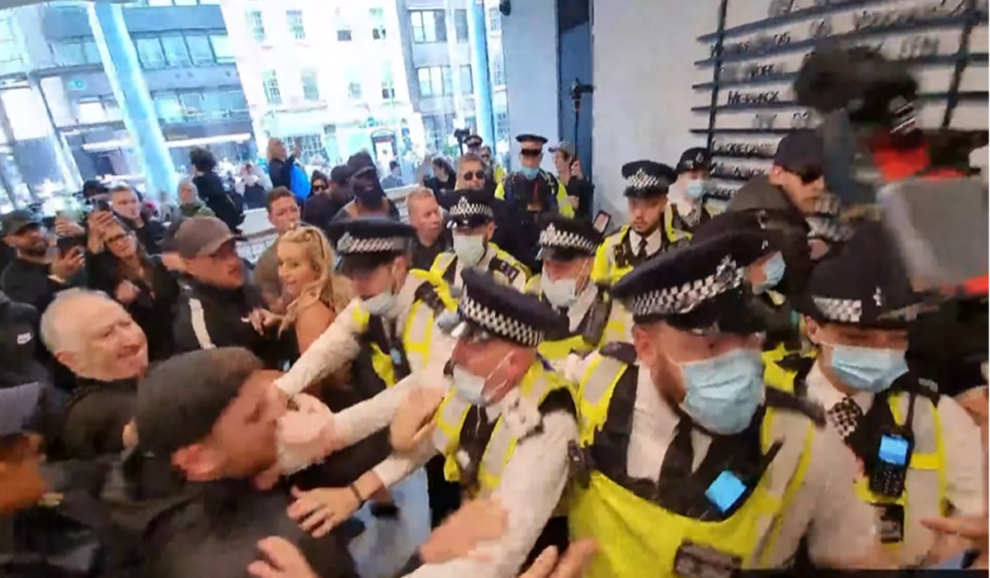 Footage circulated on social media showed cops lining up to barricade the entrance to the building on Gray’s Inn Road.

However, a large number of demonstrators, who appear to be part of a protest against coronavirus vaccine passports, appear to have already entered the ITN building.

In one clip, a demonstrator could be heard shouting: “They’re coming for our children.”

The Metropolitan Police said its officers were” responding to a demonstration at a private premises on Gray’s Inn Road, Camden where people have unlawfully gained access to the building”.

Jon Snow, a veteran Channel 4 News presenter, was among those seen outside the building.

It comes just a fortnight after anti vaccine protesters tried to storm a BBC Television Centre studio in west London.

Dozens of protesters have also staged protest at Google headquarters in London.