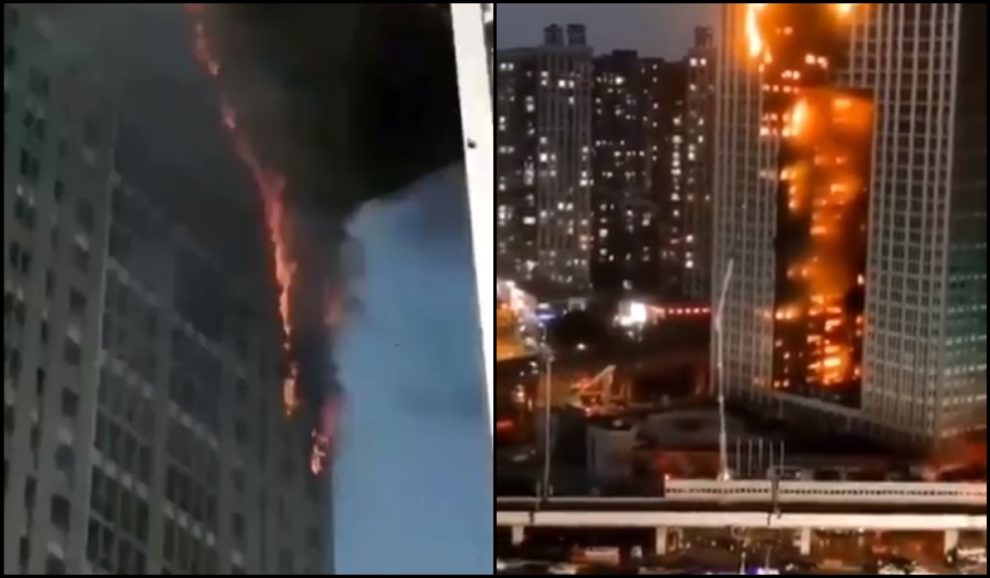 A massive fire broke out on Friday in a high-rise apartment building in Dalian City of China. Videos posted on social media show debris falling onto the streets.

“A fire has broken out at a high-rise building in Dalian, NE. China’s Liaoning Province. No casualties have been reported yet. The cause of the fire is under investigation,” Global Times said in a tweet.

According to media reports, at least 30 fire trucks and 100 firefighters are on the scene. To aid rescue efforts, the building’s power and gas supplies have been turned off.

Chinese media reports, the fire originated from a single flat after owner of the flat complained something caught fire in his apartment.

VIDEOS OF THE FIRE IN DALIAN CITY, CHINA

JUST IN 🚨 Massive fire broke out in a high-rise residential building in China's Dalian City. pic.twitter.com/AnTL3a8Xdg