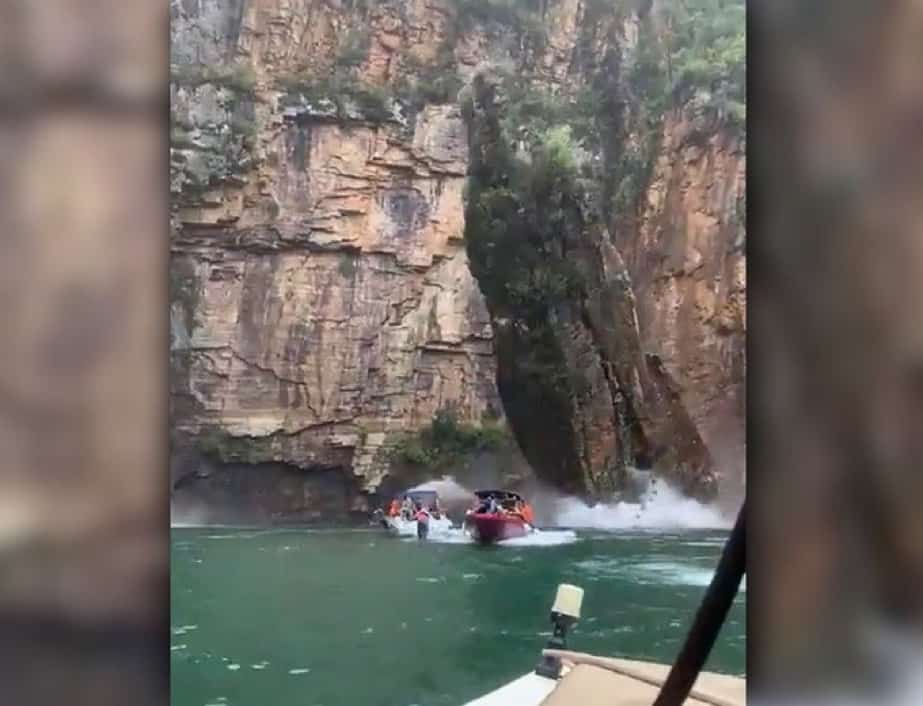 At least five people were killed and 20 others missing when a cliff collapsed onto boaters in a lake in Brazil, authorities said Saturday.

“So far, there are five confirmed deaths” and “the current estimate is 20 missing people,” in addition to 32 people injured, Colonel Edgard Estevo da Silva, commander of the Minas Gerais Firefighters, told a press conference.

At midday local time Saturday, a large rock fragment detached itself from a ravine and plunged atop three boats on weekend trips to Furnas Lake, a tourist area in the Capitolio region.

Tourists flock to see its rock walls, caverns and waterfalls that surround the green waters of Lake Furnas, formed by the hydroelectric dam of the same name.

In dramatic videos shared on social networks you can see the exact moment when the cliff falls on the three boats, to the panic of the passengers who witness the scene from the other boats.

Another video post on social media shows the minute before the fall, in which several people warned that “many stones are falling” and yelled at the occupants of the other boats to move away from the wall.

At least 32 people were injured, nine of whom had to be hospitalized, according to firefighters, who were working at the scene with various rescue teams, including divers.

Searches will be interrupted overnight for security reasons and resumed in the morning. The number of disappeared was estimated based on “information from witnesses, tourism agencies and relatives,” Estevo said.

Very heavy rain has fallen in recent days in southeastern Brazil making the collapse more likely, according to firefighters.

ALERT 🚨 At least two people are reportedly dead and several others injured after a massive rock fell on boats in Capitólia, Brazil pic.twitter.com/9AQrR3jaN3