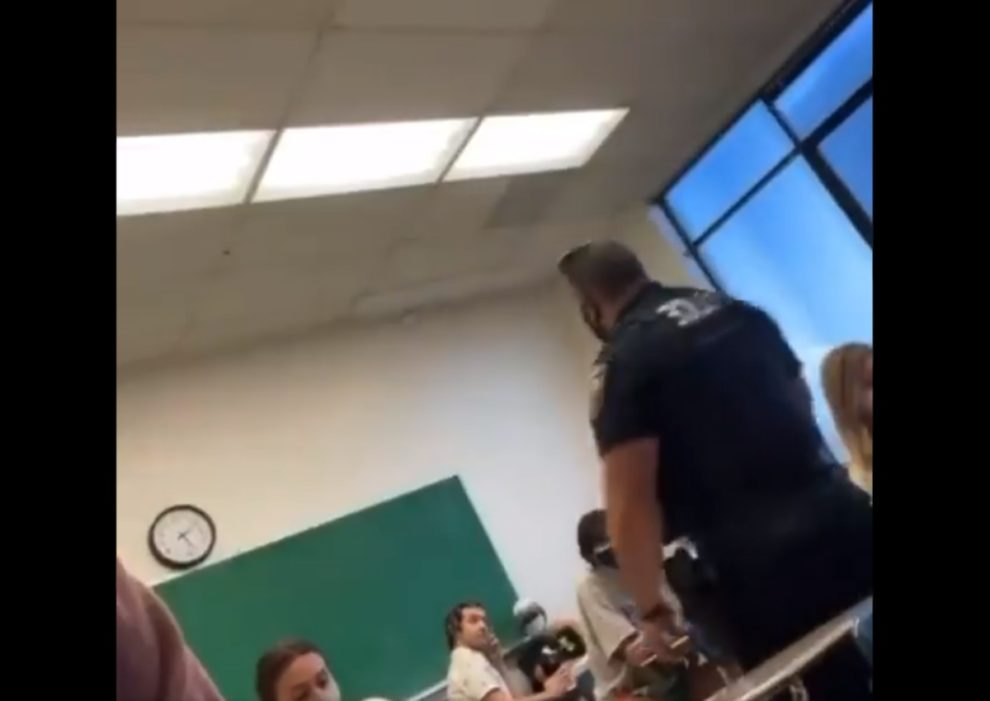 An individual who is reported to be a student of University of Tennessee at Chattanooga was dragged out of the classroom by a police officer for not wearing a mask, according to a viral video posted on the social media including Twitter.

It is unclear when the video was recorded. However it was posted on Friday.

In the first part of the video, a police officer is seen walking into a classroom and approaching a student who is not wearing a mask.

The second part of the video shows other students filming and cheering as the police drag the student who is not wearing a mask out of his classroom.

A student of University of Tennessee was dragged out of the classroom by police for not wearing a mask: pic.twitter.com/0sVCg4eeat

Tennessee Governor Bill Lee signed Executive Order 84 on August 16 to allow parents to opt their children out of a local mask mandate enacted by a school or health board.

Officials at the University of Tennessee announced on August 23 that the UT system would be adjusting its mask requirements “for at least the next two weeks” due to the rise in COVID-19 delta variant numbers.

UT Chattanooga was one of the campuses where mask requirement was extended to to all indoor public spaces, except in private offices, residence hall rooms.