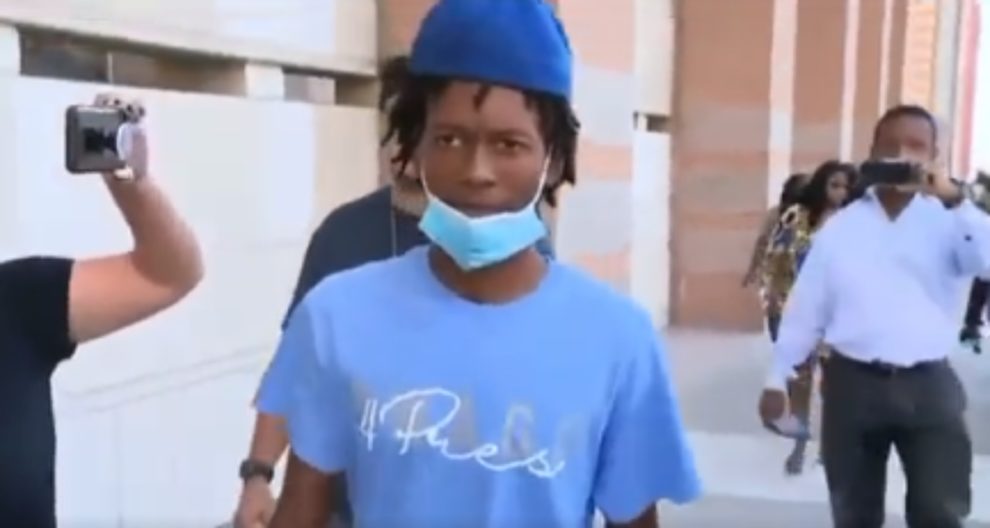 Timothy George Simpkins, the ‘student suspect’ accused of injuring four people in a shooting at Timberview high school in Arlington, Texas was released from jail on Thursday afternoon after posting $75,000 (bond) bail.

Timothy George Simpkins was released from the Tarrant County jail at midday Thursday after being imprisoned on three counts of aggravated assault with a deadly weapon the day before.

Under the terms of the bail agreement, Simpkins will be confined to his home pending his trial. He will also be closely monitored by GPS and subjected to regular drug and alcohol testing.

Video of the suspect in Timberview high school shooting released

According to a spokeswoman for Simpkins’ family, he was bullied and robbed twice at school, prompting him to resort to violence.

He was scared. He was afraid. There is a video all out on social media and it shows that he was being attacked,” Carrol Harrison Simpkins said. “It wasn’t just one person that would attack him and bully him, taking his money, harassing him, due to the fact because he had more things than maybe others. It takes us all. It takes us all to stand together about this bullying. It could have been a situation where he took the other turn and decided to commit suicide. What, the decision that he made taking the gun… we’re not justifying that, that was not right, but he was trying to protect himself.