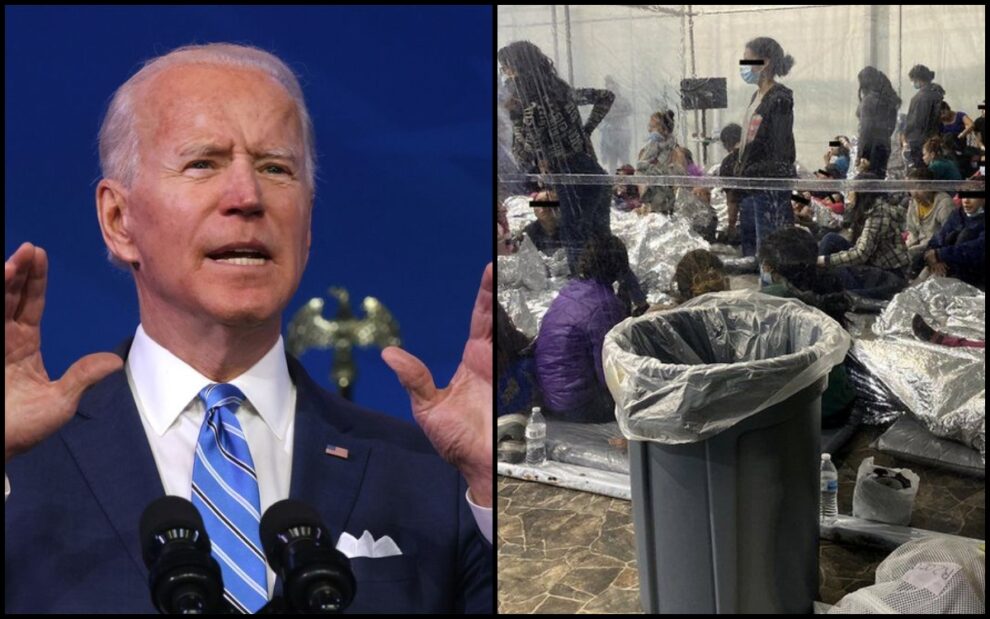 The Biden admin has released official images and video footage of two migrant detention facilities in Texas, amid growing debate over the “terrible conditions” being faced by the young children, ABC News reported.

The administration has disallowed media into the migrant detention facilities. This included the large Border Patrol facility off of Hondo Pass in Northeast El Paso.

The videos released by U.S. Customs and Border Protection reveal how children live inside a processing facility in El Paso, Texas, and a detention facility in Donna. Lone children and other migrants including families faced detention as they wait to shift to other federal agencies which provide better facilities.

The living conditions apparently did not seem to be crowded. However, social distancing measures and mask-wearing were not being implemented as directed by the Centers for Disease Control and Prevention. The CDC insists that people maintain a 2m (6ft) distance to avoid the spread of virus infections.

According to the Border Patrol, the video was recorded on March 19.

The government-approved images and videos show children reaching the Donna facility with masks and their temperatures being checked. They also went through health scanning. Whereas, there was an image where a contracted caretaker was monitoring a child.

A crowded facility in Donna

In the 4-minute video from Donna, an organized but crowded facility could be seen. Children were sleeping on the floor and jam-packed into enclosures. The video footage also showed shelves placed inside the facility. There were linens, food, water, hand sanitizers, and diapers over the shelves.

The facility in Donna has an outdoor play area without children as seen in the video. According to ABC News, legal advocates who had a conversation with the children in the facility told that children had concerns that they could play in the courtyard for just 20 minutes every few days.

Rep. Henry Cuellar, D-Texas had shared pictures of the Donna facility a day before the video released. He said that the pictures showed a “disturbing” situation.

“Are we having a humanitarian crisis trying to take care of these kids? The answer is yes. This administration has all the good intentions. They want to treat the kids in a humane way … but their good intentions are being overwhelmed by numbers,” Cuellar said.