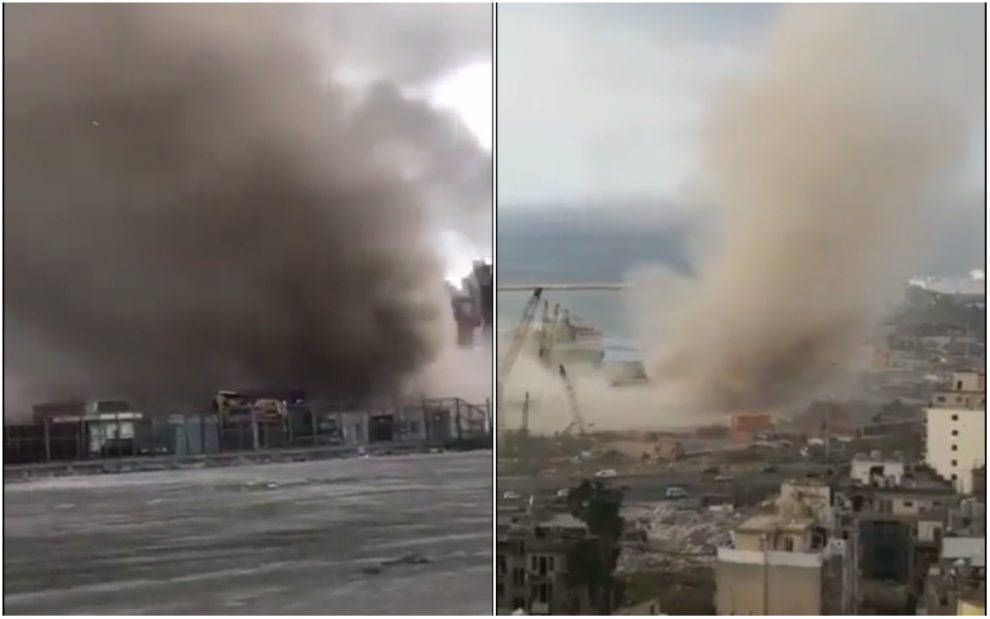 First rains of the season in Lebanon bring along frightening whirlwinds to the destroyed Beirut port area. Some viral videos are circulating on the web of the whirlwind/tornado at the site of the explosion at Beirut Port.

On 4 August 2020, a massive amount of ammonium nitrate stored at Beirut port city, the capital of Lebanon, exploded, causing at least 203 deaths, and around 6,500 injuries.

Video – Here’s another view of the waterspout that turned into a small Tornado at Beirut’s port.

BREAKING VIDEO: Wind cyclone / storm hits #Beirut. And it is the same area where the explosion / blast occurred in August 2020.#Lebanon pic.twitter.com/FoQWkRU0P8