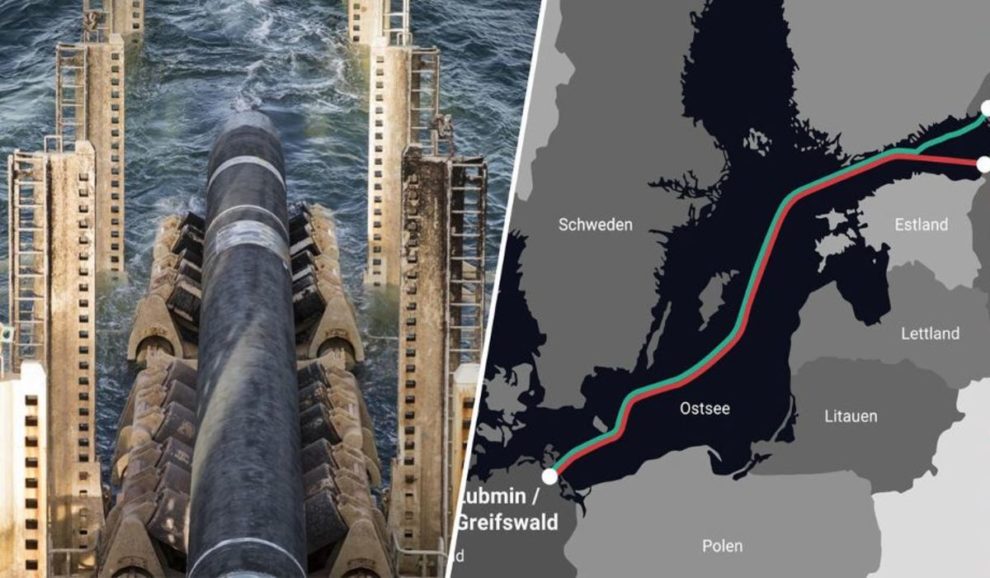 Any doubts as to whether Joe Biden will continue Donald Trump’s opposition to Nord Stream 2 should now be laid to rest. With 18 companies quitting the gas pipeline project this week following threats of US sanctions, there has never been so much pressure on Angela Merkel to ditch the scheme, which would see Russian gas transported to Germany direct.

Opposing Nord Stream 2 is a geostrategic and economic priority for the US. Don’t underestimate how far it will take this…

Merkel has done well to stand her ground to date. For even her European partners aren’t backing her. The Director General of the European Commission’s energy department, Ditte Juul Jorgensen said on Tuesday that ‘For the European Union as a whole, Nord Stream does not contribute to security of supply’, emphasising that it was a decision for the German state, not the EU as to whether the project should be completed.  Given the fact that European demand for Russian gas has increased, not decreased of late, however, one might think that it is in the EU’s interest to support Nord Stream 2.

Not if the US has anything to do with it. Citing concern at Russia’s increased influence over Europe if the pipeline goes ahead, Joe Biden has proclaimed Nord Stream 2 a ‘bad deal’ for Europe, which America will continue to oppose. The US claims that Russia would have more leverage over the EU politically as a result. What it really means, though, is that the US would have less leverage over Europe, and a reduced demand for its fracked gas. EU countries imported as much as 36% of American natural gas in 2019 – an increase of around 5 billion cubic metres from the previous year – a considerable amount given Russia is just on its doorstep, and also bearing in mind the EU’s environmental pledges (fracking produces heavy amounts of methane gas, responsible for global warming).

Nevertheless, the US is careful to package this as an energy security issue and persuade us that its real concern is the ‘Russian threat’ that comes with the gas pipeline. At the moment the US has some influence over Russian exports to Europe through Ukraine, which as Ukrainian politician Victor Medvedchuk recently emphasised, is merely a ‘colony’ now of the US.  If Ukraine, the middleman, was cut out of the process, America simply wouldn’t have the same leverage over European energy supplies.

Moreover, it is clearly part of the US’ geopolitical strategy to prevent Nord Stream 2 construction. In fact, it has been stated so explicitly in a document published by the US government-affiliated think-tank RAND in 2019, entitled ‘Extending Russia: Competing from Advantageous Ground’. This is a revealing paper, as it demonstrates the extent to which the US is stuck in a 19th century-style ‘great power game’ with Russia.  In the 354-page policy document, Russia’s natural gas resources are mentioned in the very first paragraph. Confronting Russia in the energy sector is seen as a priority ‘in a  campaign designed to unbalance the adversary’ as it puts it:

‘…the United States can adopt policies that expand world supply and thus depress global prices, thereby limiting Russian revenue.  Imposing tougher sanctions is also likely to degrade the Russian economy, and could do so to a greater extent and more quickly than

Hardly surprising, therefore, that ‘stopping Nord Stream 2’ is listed as the first of ‘A variety of options exist for diversifying European gas supplies and extending Russia economically’. Interestingly, in the report, Nord Stream 2 features heavily in terms of, not so much aiding Ukraine as we keep hearing about in the western media, but instead in relation to undermining Russia.  Furthermore, the question of Ukraine losing out on money from transit fees, paid by Russia, which amount to around $3 billion a year, is repeatedly mentioned in the document, which emphasises the extent to which this is an economic issue for the US:

“In terms of extending Russia economically, the main benefit of creating  supply alternatives  to  Russian  gas  is  that  it  would  lower  Russian export revenues. The federal Russian budget is already stressed, leading to planned cuts in defense spending, and lowering gas revenues would stress the budget further.”

The RAND report looks at other ways of undermining Russia in the energy sector, describing the possibility of engineering its own pipeline project involving southern European countries and of course, mentions the development of US fracking schemes across Europe.

Aside from US policy in general towards Russia, Joe Biden has his own personal ties to Ukraine which will influence his attitude towards Nord Stream 2.  One of the largest companies involved in gas exploration and production across Ukraine is Burisma, a company closely tied to Biden, as his son used to be on the board of directors.  Indeed it was widely reported that when the company was involved in a corruption scandal back in 2016, Biden, then US Vice President, incredibly threatened to withhold $1 billion of US aid from Ukraine if it didn’t fire the prosecutor investigating the case.

Joe Biden’s son may no longer be involved in Burisma, but the US President still has considerable influence in Ukraine. Indeed, when Biden’s position as Vice President came to an end, it was speculated that Ukraine wouldn’t manage without him: ‘Ukraine’s government has relied heavily on its direct channel to the U.S. vice president, and Biden’s departure will leave a gaping hole’ said Foreign Policy, adding that ‘No one in the U.S. government has wielded more influence over Ukraine than Vice President Joe Biden’.

Taking both US policy on the whole towards Russia, and Joe Biden’s commitments to Ukraine, it’s therefore likely that we will see this Biden administration only ramp up pressure in the final stages of the Nord Stream 2 project. However unlikely it may seem that the US could stop the pipeline at such a late stage in the game, stranger things have happened.  As usual, the US will continue to use both economic pressure in the form of sanctions, and diplomatic pressure to push Germany into a corner. So far, Merkel has been tenacious, but only time will tell if her personal determination is enough to stand up to the might of Uncle Sam.

US targets North Korea missiles with sanctions on Russian banks