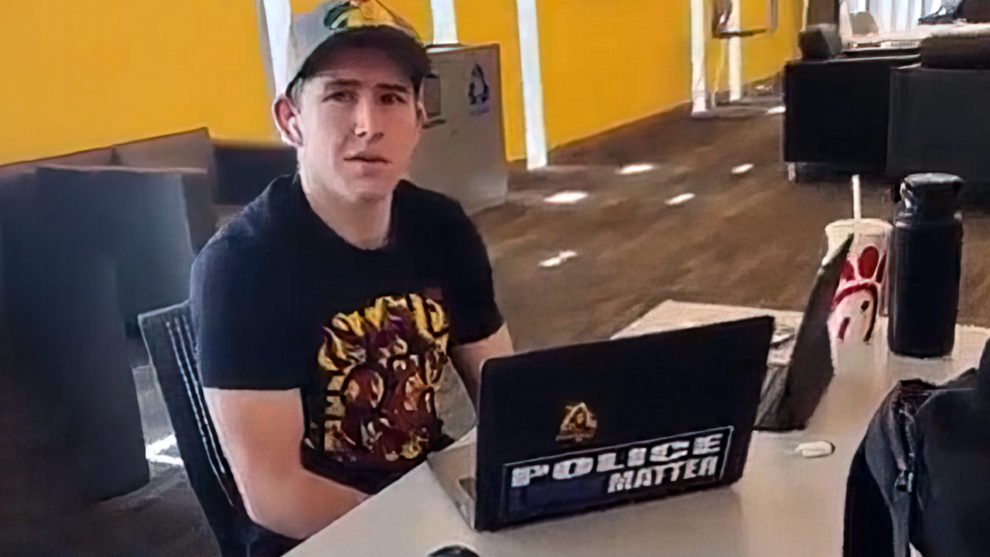 A video of two women accusing two white male students of being “White nationalists” and “fascists” for sitting in a Arizona State University (ASU) room (a multicultural space) supposedly reserved for “people of color” has gone viral on the internet. One of the two men also had a sticker on his laptop that said, ‘Police Lives Matter,’ which seemed to enrage the women greatly.

A viral video showed two women telling white male students to leave a multicultural space on their college campus because of a “Police Lives Matter” sticker on one of the students’ laptop.

The video elicited strong reactions on social media, with the majority of people criticising the ‘woke’ women in the video.

🚨 This insanity is happening on college campuses pic.twitter.com/BrVxICZYqP

The woman filming stated that the room was a multicultural space and inquired as to why the men were there and not studying anywhere else on campus.

In the seven-minute video, the pair – members of the Multicultural Solidarity Coalition, which shared the clip with the caption “Defending the Space” – approaches the men seated at a desk and tells one of them that he is “offensive.”

“Police lives matter?” one of the women behind the camera said, referring to a sticker on his laptop.

The man retorted: “you have the same sticker, just the other” (meaning Black Lives Matter).

The other woman told him, but this is our place.

His friend – who carried a “did not vote for (US President) Biden T-shirt, then started filming the women, said he “just tried to school” and “just getting kicked out.”

“Nobody’s kicking you out,” another voice said.

“You just said we have to leave,” the Biden T-shirt-wearer replied, before multiple voices told him and his friend that they are making the space “uncomfortable”.

The woman behind the camera said, “You are white. Do you understand what a multicultural space is? It means you are not centred. ”

“White is not a culture?” He asked.

“This is the violence that ASU does and this is the type of people that they protect,” one of the woman said.

“This white man thinks he can take up our space, and this is why we need a multicultural space, because they think they can get away with this sh*t.”

When the men responded again, the other woman told them that, we are not throwing you out, we ask you to leave if you pay attention to people of color and marginalization.

“Is there anywhere that I can go?” the first male asksed.

“You are racist! Your sticker is racist, because police — that’s a job, you can choose to be a police officer, I don’t choose to be black,” the woman told him.

“I wasn’t trying to be racist,” he said again.

“I know, but this offends us automatically because these people kill people like me and like us, right. So you’re promoting our murderers. So please just don’t do that,” one of the other women said.

Another (non-white) student eventually approached the escalating scene and told the women that the pair “went out of your way to inconvenience them”.

“Because this is our space. We fought for this sh*t for five years, since 2016. You have no idea about the labour that was created to create this space,” one of the females yelled.

After at least five minutes of confrontation, the men eventually tell the girls “f*** you”, and leave.

“We’re here, we had to protect this space because ASU wasn’t and you know, like, we fought for this space. It was years of organising and we’re not gonna just let some white supremacists change that,” the women explained when the men walked away.

“Anyway, then we are here, they will make a scene and talk to their carens and all that, but it is important to recognize what we have to do this and what a multicultural space means.”

“Because multiculturalism does not mean ‘oh, we all come together and hold hands’, it means that you provide space and you protect the most marginalized. And so that is – makes the space uncomfortable,” the women said.

ASU has yet to respond to the situation.

Package Explodes At University In Boston, Injuring One