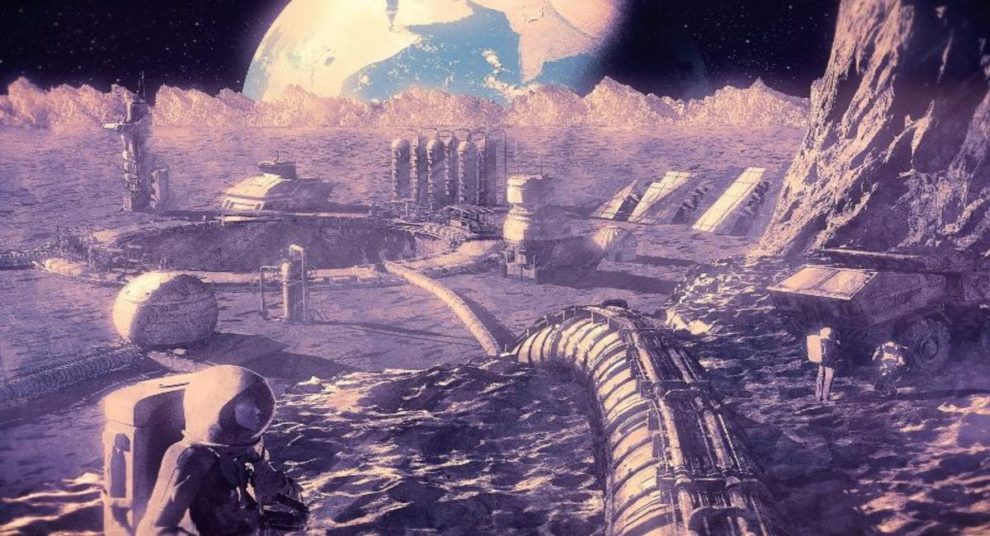 The U.S., via its Space Policy Directive-6 (SPD-6), announced plans to set up a nuclear power plant on the Moon by 2027. The SPD-6 states that the Moon will be installed with a fission power system that will have a power range of 40 kilowatt-electric (kWe) and higher so that the celestial body can support a sustained lunar presence and allow Mars to be more easily explored.

Chinese warned after U.S. plan to set up nuclear power plant on Moon

Russia, China and India could also claim swathes of the lunar territory, thus kicking off a new “Scramble for the Moon”.

China’s Global Times reported that the U.S.’ ambitions will lead to future lunar military projects as it seeks space supremacy. According to Song Zhongping, a Chinese military expert, the moon is rich in helium-3, which can be used to produce energy by nuclear fusion. Song warned that by setting up a nuclear power plant, the Americans can theoretically turn the Moon “into a production site of nuclear weapons”.

U.S. President Donald Trump, as Eurasian Times reported, issued the SPD-6, which lays out a national strategy for the responsible and effective use of space nuclear power and propulsion (SNPP) systems.

Li Haidong, a professor at the Institute of International Relations of the China Foreign Affairs University highlighted that the use of SNPP is in the attempt to establish “American unilateralism” over space. As per the Moon Treaty, adopted by the United Nations General Assembly in 1979, celestial bodies and the Moon are “not subject to national appropriation by claim of sovereignty, by means of use or occupation, or by any other means”. Washington has generally adhered to the Moon Treaty, but never formally signed or ratified it.

Earlier this year, Trump attempted to challenge this Treaty by proposing new rules, dubbed the “Artemis Accord”, which would change the status quo. The Artemis Accord would allow for the exploitation of lunar resources for commercial gain and focus on establishing so-called safety zones around landing sites. This could be interpreted as de facto ownership of areas of the moon, forbidden by the Outer Space Treaty that provides a basic framework for international space law.

In addition, on April 6, Trump passed a decree that allows the U.S. to extract mineral resources from outer space. The document, states: “Americans should have the right to engage in commercial exploration, recovery, and use of resources in outer space, consistent with applicable law. Outer space is a legally and physically unique domain of human activity, and the United States does not view it as a global commons”.

It adds: “the United States does not consider the Moon Agreement to be an effective or necessary instrument to guide nation states regarding the promotion of commercial participation in the long-term exploration, scientific discovery, and use of the Moon, Mars, or other celestial bodies”. Finally, the document emphasizes that the U.S. will challenge any attempt by another state or international organization that wants to treat the Moon Agreement as customary international law.

With the U.S. planning to violate international treaties to unilaterally exploit the resources of space and construct a nuclear plant on the Moon, it is understood why Trump established the United States Space Force (USSF), the space service branch of the U.S. Armed Forces. Russia, India and China all have interests on the Moon too, and the USSF was established to ensure U.S. dominance over space rivals.

Plan of India, China and Russia

India in 2019 launched the Chandrayaan 2 mission with the aim to land on the south pole of the Moon to search for water and minerals. No other landing craft has reached this part of the moon before. Unfortunately for India, the landing failed because of a software glitch. This has not deterred Indian ambitions though and Chandrayaan-3 is scheduled to land on the Moon in the second quarter of 2021.

Meanwhile, China launched the Chang’e 5 robotic Moon mission on November 23 from the Wenchang Spacecraft Launch Site and landed on the Moon on December 1. By December 16 it returned to Earth with lunar soil and rock samples. It was China’s first sample-return mission, making it the third country after the U.S. and the Soviet Union to successfully obtain samples returned from the Moon.

Russia will be returning to the Moon after 45 years of inactivity. Vladimir Kolmykov, head of the Lavochkin Scientific and Production Association at the Russian space agency Roscosmos, told Russian President Vladimir Putin on April 10 that: “The Luna-25 spacecraft is currently in the assembly and first trial stages. Yes, there are some cooperation problems but we are working on them. I hope that the 2021 goal of launching Luna-25 will be achieved.”

With the world’s Great Powers (the U.S., Russia and China), and emerging Great Power, India, all having vested interests in space and the Moon, the construction of a nuclear plant on the celestial body is a major challenge as it will propel a race for its resources and weaponization. All countries will try and claim parts of the moon for mining, resembling something akin to Western Europe’s Scramble for Africa or the race to claim large swathes of Antarctica. The U.S. is trying to dominate space policies from a very narrow U.S.-centric view when space should be viewed as a Common Heritage to Mankind. Russia, China and India could also claim large swathes of the moon in reaction to U.S. unilateral activities, thus kicking off another, more fundamental “Scramble for the Moon.”