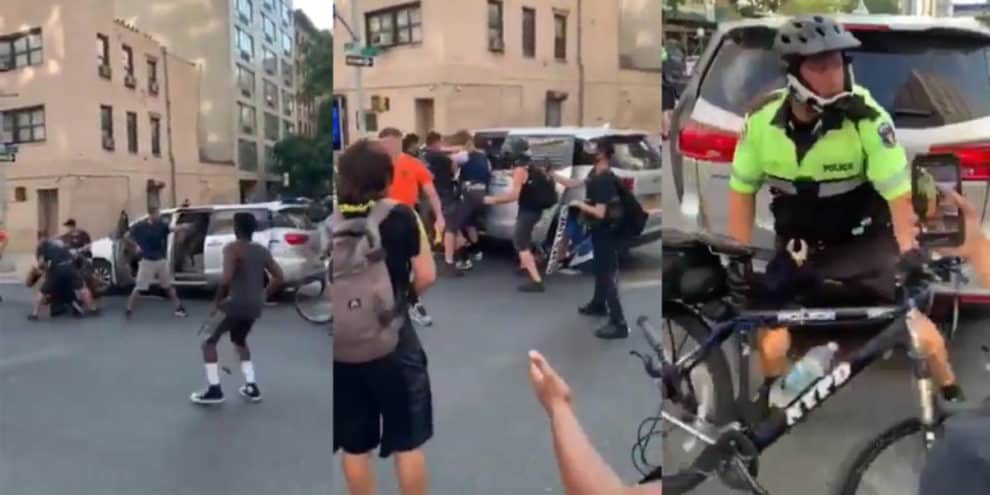 According to the latest report, a video showing a group of NYPD officers dragging a protester to an unmarked Warrant Squad van in Manhattan went viral on Tuesday. So far, the viral video has sparked outrage on Twitter, with many calling for the scrutiny of the incident.

The viral video, showing some NYPD officers dragging an anti-police protester to an unmarked van in Manhattan has now raised questions across various social media platforms.

You can watch the video below:

According to what an eye witness said, the officers targeted the protester, because she’s one of the leaders of the protest against the NYPD.

However, contrary to that, the NYPD claimed via its official Twitter news account, that the Warrant Squad officers were only making an arrest in the video. Also, the police department explained that the reason for the arrest is because the protestor damaged the police’s cameras. Furthermore, the NYPD was able to identify the 18-year-old protester as Nikki Stone. Adding to that, the department mentioned that it charged Nikki with five counts of criminal mischief.

“In regard to a video on social media that took place at 2 Ave & 25 St, a woman taken into custody in an unmarked van was wanted for damaging police cameras during 5 separate criminal incidents in & around City Hall Park. The arresting officers were assaulted with rocks & bottles.”

In addition, the police department added that the protesters assaulted the officers with rocks and bottles while performing their duties. Apart from that, the police also explained the reason for using the unmarked van is to effectively locate wanted suspects. 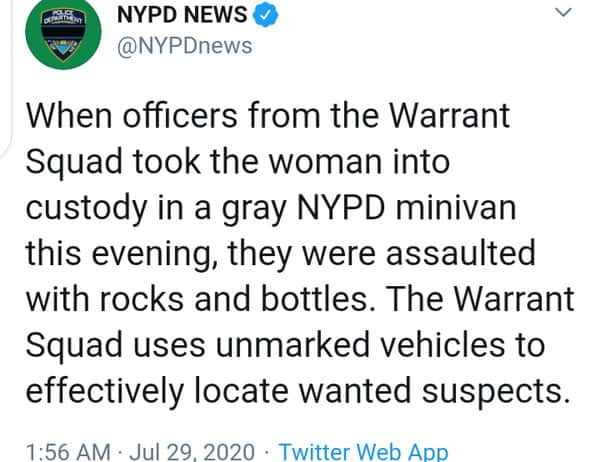 Reports confirmed that the NYPD was able to release the 18-year-old protester early this morning.

Here’s What People Think Of The Incident In Manhattan

According to the critics of the viral video captured in Manhattan, the Warrant Squad officers used similar tactics like the one utilized by federal agents in Portland to arrest protesters. As such, they are now calling the incident a kidnapping, instead of an arrest.

Also, some city elected officials also expressed their disappointment in the act.

According to Gale A. Brewer, he said the citizens can’t allow things happening in Portland to happen in the city. He further added that when the police use an unmarked van for an arrest, it’ll definitely raise alarm. 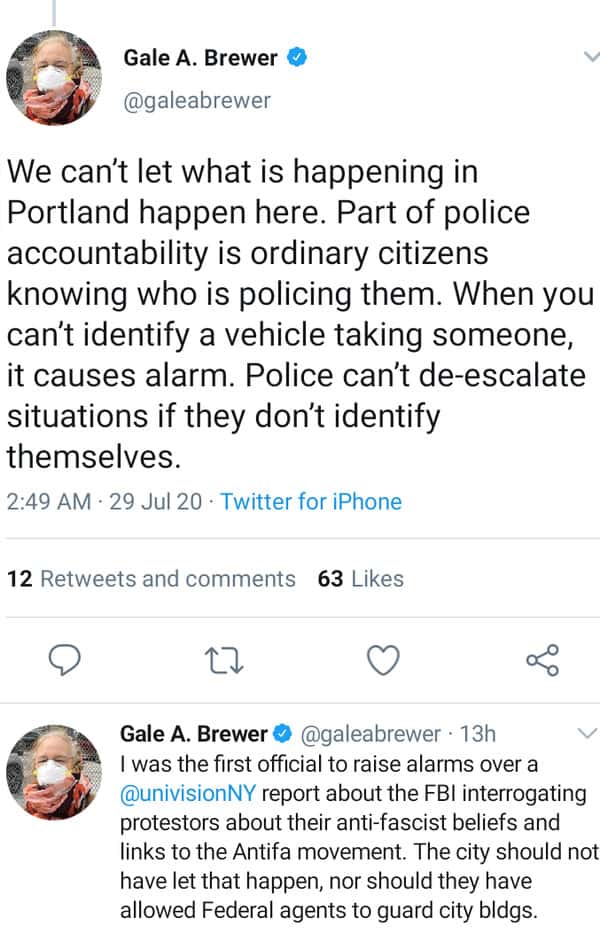 According to City Council Speaker Corey Johnson, he posted a tweet, referring to the incident as “incredibly disturbing.”