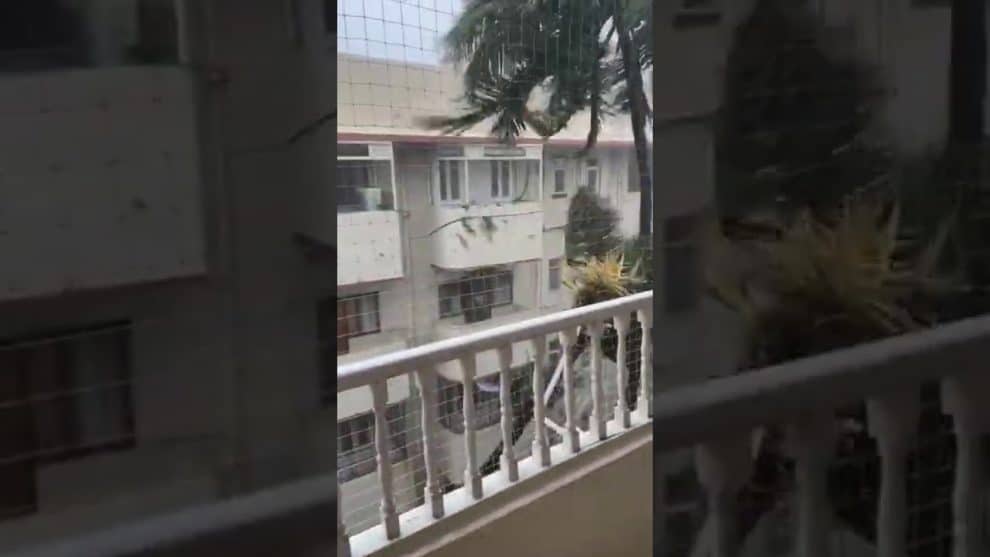 Since yesterday, there have been several videos across various social media platforms, showing heavy rains from Mumbai, India. According to one of the videos, which has now gone viral, it shows a coconut tree, swinging dangerously from side to side, as a result of the storm and heavy rain in Mumbai.

A viral video of a coconut tree swinging dangerously in Mumbai has now captured the attention of several people on social media platforms. The video, which was captured inside a house, shows a tall tree swaying as a result of the heavy rain and storm in the city.

You can watch the video below:

One of the people that got captivated by the video is the chairman of the Mahindra Group, Anand Mahindra. According to Mahindra, he said the viral video is the most dramatic of all the videos regarding the heavy rain and storm in Mumbai. Here’s a brief of what he tweeted below:

“Of all the videos that did the rounds yesterday about the rains in Mumbai, this one was the most dramatic. We have to figure out if this palm tree’s Tandava was a dance of joy—enjoying the drama of the storm—or nature’s dance of anger…”

Here are some of what people think about the viral video of the swinging tree in Mumbai.

According to a Twitter user, the tree is “the most rocking Coconut tree in Mumbai yesterday.”

According to another user, he said “I guess no other song describes this action of the palm tree than this one “

Effect Of The Heavy Wind In Mumbai

According to reports, the strong wind, which also comes with excessive rains and started on Monday, reached up to a speed of 107 kilometers per hour. That is equivalent to the wind speed of the June 3 post-landfall effect of Cyclonic Storm Nisarga.

So far, the incessant rains have crippled most of the activities in Mumbai, India. Apart from that, the heavy rain has also caused floods across the city. According to a report by Sputniknews, the heavy downpours in Mumbai have killed two people, with a few people missing. On Twitter, a video posted by @lawrencebing shows a man, rescuing a little child, drowning in the flood.

As for today’s weather, the India Meteorological Department forecast, that the condition will be moderate, to heavy rainfall.